Ashish Gupta takes over the Reigns at VW India

Volkswagen Passenger Cars India on Thursday said it has appointed Ashish Gupta as Brand Director for the Indian operations with effect from November 1.

Ashish Gupta has a rich experience of 20 years + in the Automotive industry across projects, training, network, sales and after sales. Prior to VW, he worked with Toyota for over a decade at India and Japan.

He is a qualified engineer, with a masters in marketing management and a leadership licence from ISB Hyderabad. He has also been certified by VW AG under the global leadership program.

END_OF_DOCUMENT_TOKEN_TO_BE_REPLACED

BMW India today announced the launch of its ultramodern BMW Facility NEXT in Rajkot. Gallops Autohaus now represents BMW with a fully-fledged integrated retail and service facility. Based on the latest BMW Facility NEXT concept, the new facility showcases the exclusive range of both new and pre-owned BMW cars. It is located at Gondal Road, Survey No.390. Plot No. 611, Rajkot, Gujarat 360004. 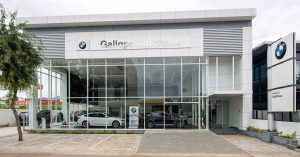 END_OF_DOCUMENT_TOKEN_TO_BE_REPLACED

Honda to quit F1 to focus on zero-emission technology

TOKYO (Reuters) – Japan’s Honda Motor will end its participation as an engine supplier in the FIA Formula One World Championship at the end of the 2021 season to focus on zero-emission technology, it said on Friday.

The decision was made at the end of September and the company does not intend to return to F1, Chief Executive Takahiro Hachigo said in an online news conference.

“This is not a result of the coronavirus pandemic but because of our longer-term carbon-free goal,” he said.

Like other automakers, Honda is rushing to build new-energy vehicles in an industry shift that Hachigo on Friday described as “once in a century”. That race is accelerating amid the coronavirus outbreak as carmakers review production plans to capture market share with new models including low or zero-emission vehicles.

Honda, which returned to F1 in 2015 and last year began in supplying engines to the Red Bull Racing team, said it will divert the resources it used to build F1 engines towards efforts to accelerate development of zero-emission technologies such as fuel cells and batteries.

“We understand how difficult it has been for Honda Motor Company to reach the decision. We understand and respect the reasoning behind this,” Red Bull Team Principal Christian Horner said in a statement.

Honda is launching its first mass-produced all-battery car this month – the Honda e – and has announced plans for two thirds of the company’s output to be new-energy vehicles by 2030.

Battery is the Engine of EV Revolution

• The Chemical of the last decade : Cobalt

• Unending Quest for More and More Range at Lower Cost

Elon Musk having an event at Tesla and calling it Battery Day says it all.

Battery seems to be the New Arms Race of Mobility. The Most desirable chemical of last decade has been Cobalt. Most Lithium Ion batteries are Cobalt based.

More than 50% of Cobalt reserves are concentrated in a small country in central Africa called “Congo”.