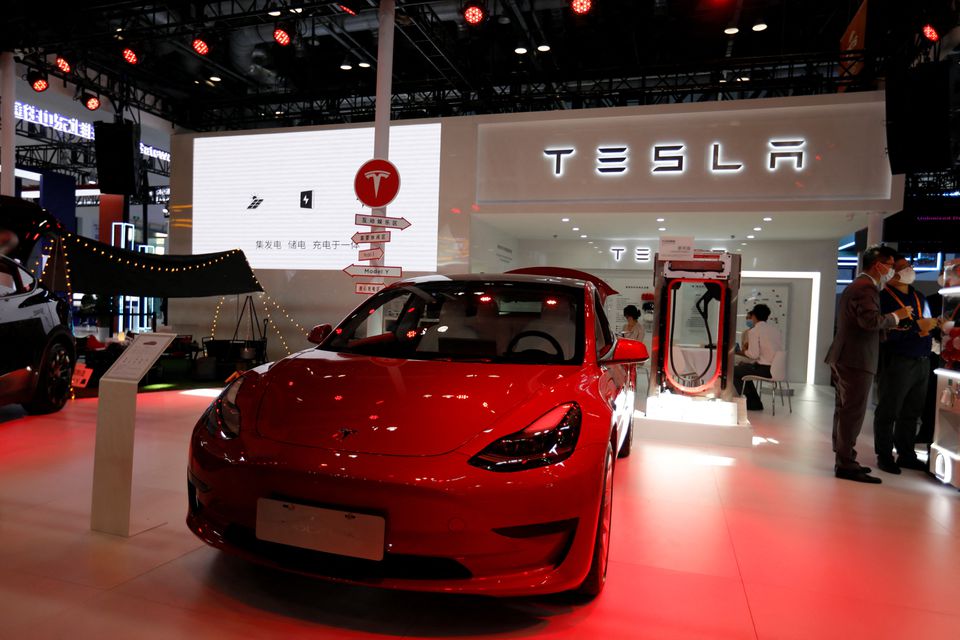 WASHINGTON, Dec 22 (Reuters) – The U.S. Senate Finance Committee has asked eight major automakers, including General Motors (GM.N), Tesla (TSLA.O) and Ford Motor (F.N), to disclose whether any of their components are linked to alleged forced labor use in China, according to letters made public on Thursday.

In June, a U.S. law took effect banning the import of forced-labor goods from Xinjiang, in a pushback against Beijing’s treatment of China’s Uyghur Muslim minority, which Washington has labeled genocide.

Beijing denies abuses in Xinjiang, but says it had established “vocational training centers” to curb terrorism, separatism and religious radicalism.

The letters, which were also sent to Toyota Motor (7203.T), Volkswagen (VOWG_p.DE), Chrysler-parent Stellantis (STLA.MI) and Mercedes-Benz , said “unless due diligence confirms that components are not linked to forced labor, automakers cannot and should not sell cars in the United States that include components mined or produced in Xinjiang.”

Wyden wants to know whether the automakers have ever canceled or curtailed use of any supplier “because of its use of raw materials, mining, processing, or parts manufacturing linked to Xinjiang?”

He cited a new report released earlier this month by researchers at Britain’s Sheffield Hallam University on the auto industry’s use of steel, aluminum, copper, batteries, electronics and other components produced in Xinjiang.

“Between raw materials mining/processing and auto parts manufacturing, we found that practically every part of the car would require heightened scrutiny to ensure that it was free of Uyghur forced labor,” the report said.

GM said Thursday it actively monitors its global supply chain and that its supplier contracts forbid the use of any “forced or involuntary labor, abusive treatment of employees or corrupt business practices in the supplying of goods and services to GM.”

Honda said it expects suppliers to follow its global sustainability guidelines with respect to labor. Stellantis said “building strong responsible supply chains is an important focus for us” and monitors suppliers’ compliance with its code of conduct through contractual commitments and ongoing evaluations.

Volkswagen said it would respond to the Senate letter and emphasized it takes corporate responsibility seriously and rejects “forced labor and all forms of modern slavery including human trafficking.”

The United Auto Workers (UAW) union this month called on automakers to shift their entire supply chain out of China’s Xinjiang region, saying “the time is now for the auto industry to establish high-road supply chain models outside the Uyghur Region that protect labor and human rights and the environment.”