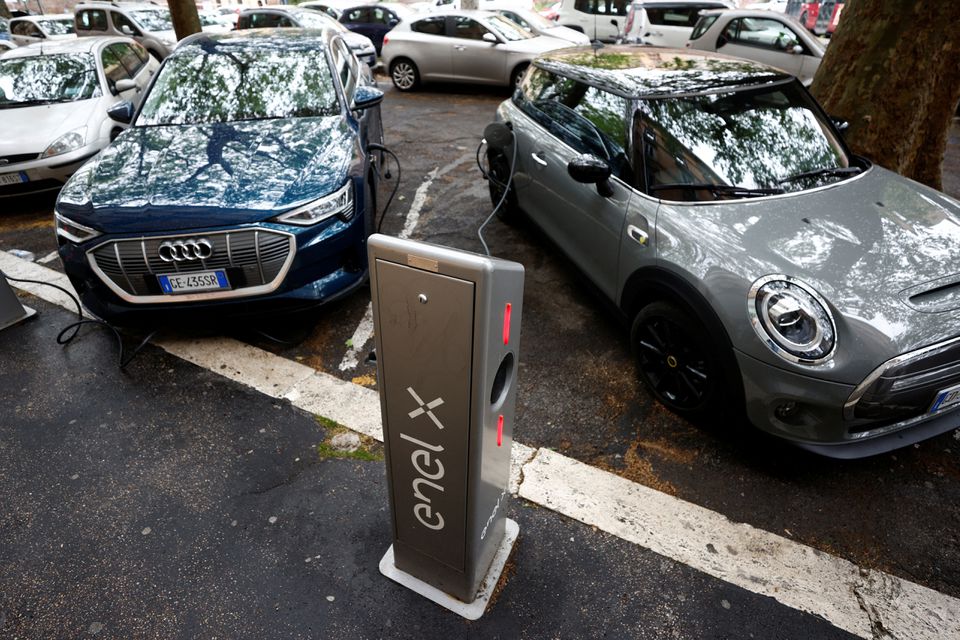 FRANKFURT, May 5 (Reuters) – Battery-powered electric vehicles (BEVs) almost doubled their market share in the European Union during the first quarter, industry data showed on Thursday, as the rollout of models across the continent picks up pace.

Hybrid electric vehicles accounted for more than a quarter of the market, up from around a fifth in the same period last year. Cars powered by petrol and diesel lost market share but still accounted for 52.8% of the EU market during the period.