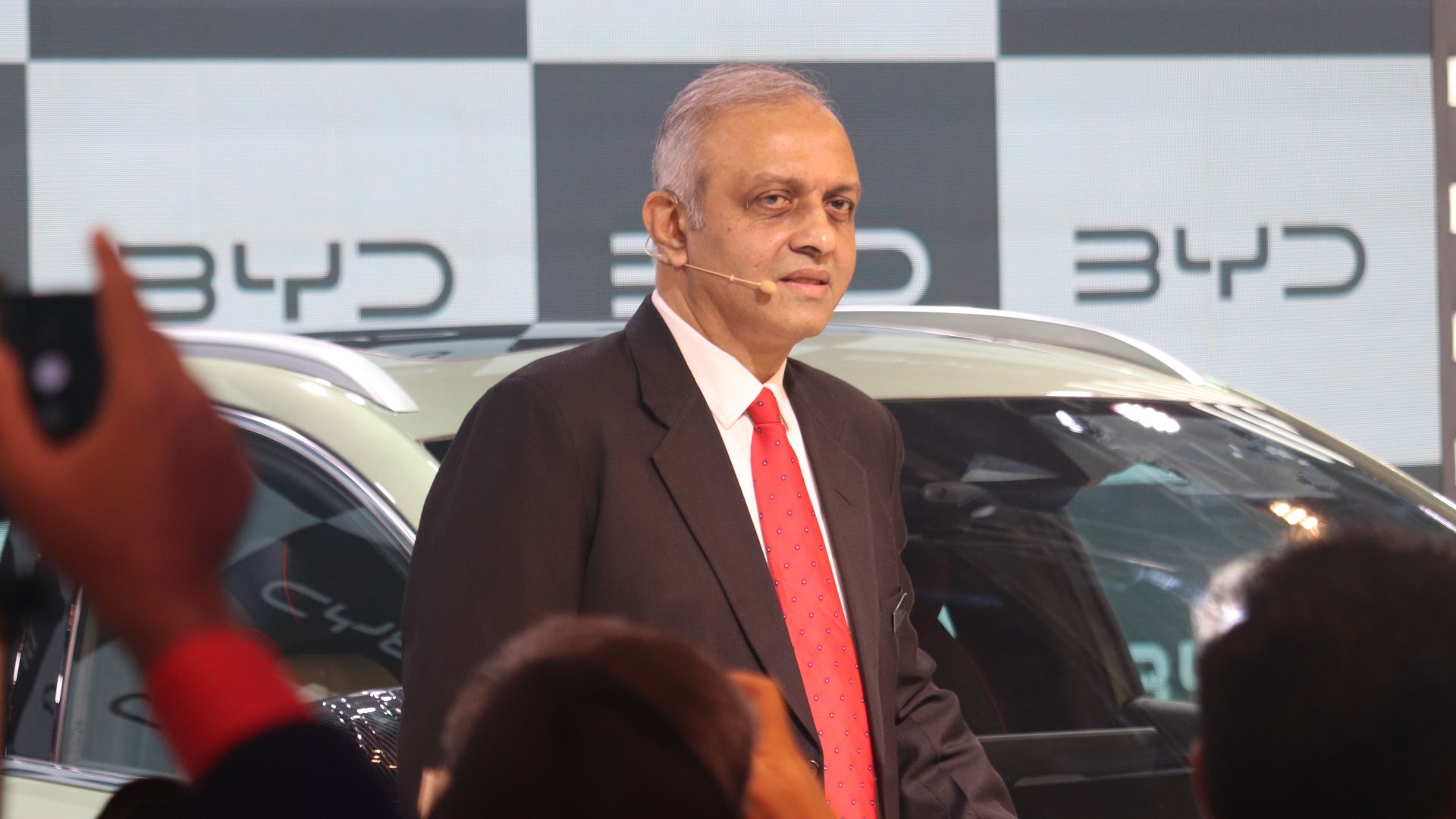 New Delhi, India – BYD, the world’s leading new energy vehicle (NEV) manufacturer, presented at the Indian Auto Expo 2023 with its new luxury model BYD Seal and the limited edition of BYD ATTO 3 in its iconic color Forest Green soon after launching BYD ATTO 3 and opening a number of dealership and showrooms. With the All-New e6 and BYD ATTO 3 already available in the Indian market, BYD Seal will be the third passenger EV released within two years and it will be launched in India by Q4 this year.

Themed ‘Technological Innovations For A Better Life’, the display space of BYD India at Auto Expo 2023 was sectioned into 4 zones. Customers have the access to BYD’s high-quality products and its revolutionary ultra-safe Blade Battery, e-Platform 3.0, which is exclusively designed for the next generation of electric vehicles, and other mobility innovations. With its ongoing pursuit of innovations, BYD will continue to fulfill its responsibilities and commitments to the energy revolution and promote low-carbon lifestyle and green initiatives.

Equipped with BYD’s born EV platform (e-Platform 3.0) and revolutionary ultra-safe Blade Batter, BYD Seal is the first to use BYD’s CTB (cell to body) technology, which allows the battery to be integrated into the body (battery becomes an integrated component of the chassis), substantially improving the vehicle safety, stability, handling and performance. Supported by the CTB technology, BYD Seal achieves a breakthrough in the structural strength of the battery system through the cellular structure, which can withstand a 50-ton heavy-duty truck rolling test. Via the integration of battery and body, the torsional sriffness of the whole vehicle has doubled to above 40,500 N.m/°, and the safety of the interior structure of the vehicle is increased by 50% for front impact and by 45% for side impact. The CTB technology also gives BYD Seal an ideal 50:50 axle load distribution, which makes the vehicle pass the moose test at 83.5 km/h. With an aero drag coefficient of merely 0.219 Cd, BYD Seal hits 100 km/h in 3.8 seconds and also has an ultra-long range of up to 700km on a single charge.

BYD also debuted its the Limited Edition of BYD ATTO 3 in an eclusive Forest Green shade, which also adopts the e-Platform 3.0 and ultra-safe Blade Battery. Only 1,200 unites of the Limited Edition will be available in India at Rs. 34.49 lakhs (ex-showroom). BYD ATTO 3, with an NEDC certified range of 480 km and ARAI tested range of 521 km, was launched in India in November 2022 at Rs. 33.99 lakh and garnered around 2,000 bookings to date. Over 220,000 units of BYD ATTO 3 was sold in just 10 months globally since its launch, and in Dec 2022 itself, 29,468 units of BYD ATTO 3 was sold in a single month, gaining good traction among customers. BYD ATTO 3 received a five-star safety rating from Euro NCAP, Europe’s leading independent safety assessment program. The E-SUV boasts an 8-year or 1.6 lakh kilometers (whichever comes earlier) warranty for the battery. The motor and motor controller also carriesa similar 8-year or 1.5 lakh kilometers warranty. BYD also offers a 6-year or 1.5 lakh kilometers basic warranty.

Speaking on the occasion, Mr. Sanjay Gopalakrishnan, Senior Vice President of Electric Passenger Vehicles of BYD India, said, “The Indian Auto Expo is an extremely significant platform for us. We are pleased to be able to showcase our products and technologies through our technological innovations for a better life. With the unveiling of the electric luxury sedan BYD Seal, and the launch of the Limited Edition
ATTO 3, Blade Battery, and the e-Platform 3.0, we resonate our commitment to contribute to the growth of the Indian electric vehicle segment with future EV technologies.”

“Today, we are also very honored to announce that the first batch of BYD ATTO 3 delivery starts. This calendar year, we plan to sell 15,000 units of BYD ATTO 3 & All-New e6. The bookings of BYD ATTO 3 have been very encouraging, and we are all set to start the first deliveries from January 2023”, added Mr. Gopalakrishnan.

BYD Seal is BYD India’s third model for the passenger EV segment in India after the success of the All-New e6 electric MPV and BYD ATTIO 3 E-SUV, both of which are already on sale. BYD India expanded its network to 24 showrooms across 21 cities in just one year and plans to double the presence to 53 showrooms within 2023

In 2022, BYD’s cumulative sales of passenger vehicles were over 1.86 million units, a year-on-year increase of 155.1% So far, BYD has sold more than 3.37 million new energy vehicles. With its expanding global presence, BYD is working towards its motto of Cool the Earth by 1 ºC.