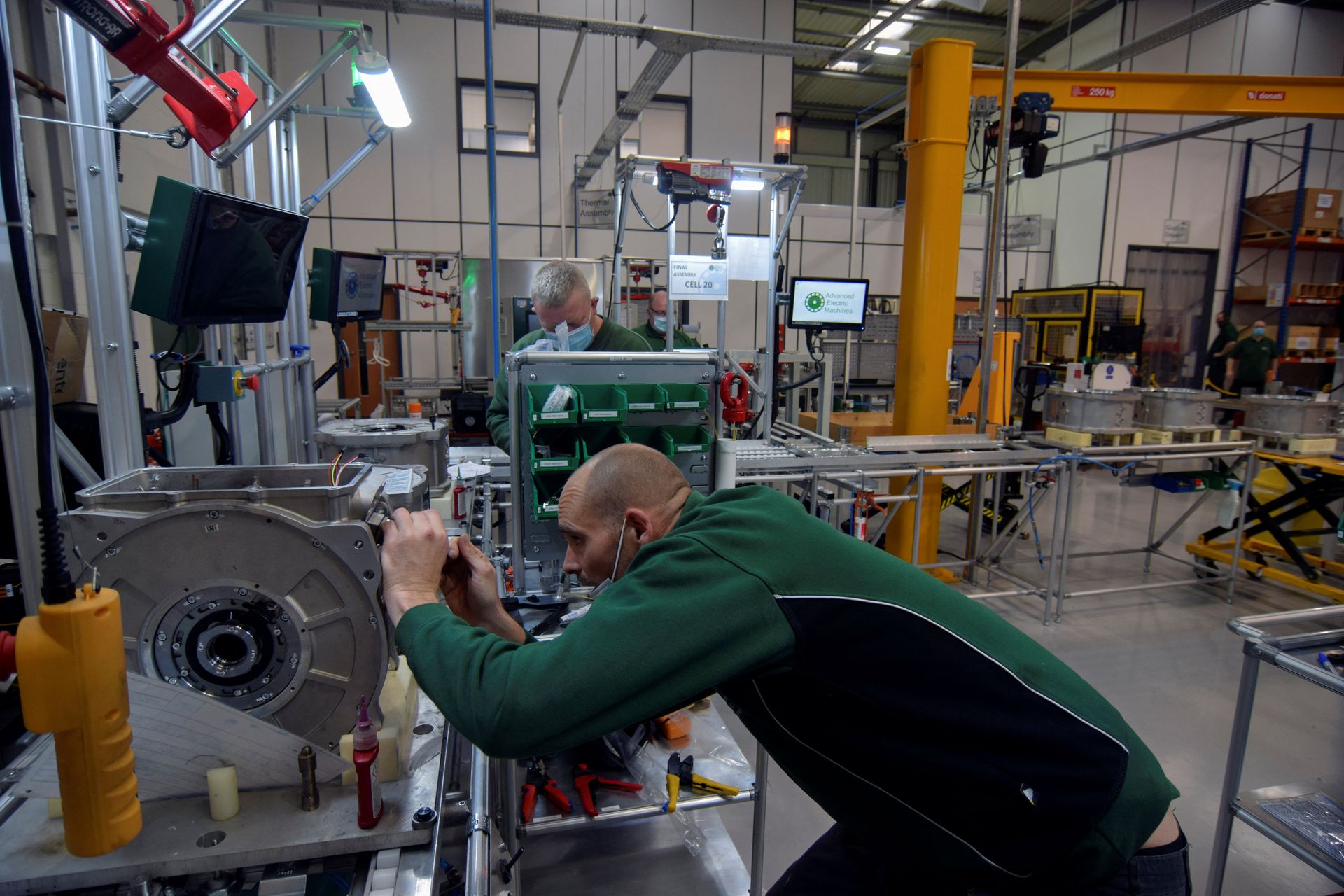 By Nick Carey and Barbara Lewis

WASHINGTON, England, April 4 (Reuters) – An electric car is a clean car, right? If only it were so simple.

From motor magnets with toxic histories to batteries made using copious fossil-fuel power, many challenges face carmakers seeking to purge dirtier materials from their supply chains to satisfy regulators and investors.

These obstacles represent opportunities for a growing group of companies in the electric vehicle (EV) ecosystem that bet they can capitalise on that demand.

They include Advanced Electric Machines (AEM) in northern England, which is working with Volkswagen (VOWG_p.DE) luxury brand Bentley and others in the auto industry to develop recyclable electric motors free of rare earth metals, which are often produced using polluting chemicals.

“Our customers need ways to ditch internal combustion engines that are cost-effective and sustainable without putting tons of this nasty rare earth stuff into their cars,” CEO James Widmer said.

The increasing scrutiny of supply chains comes as the European Union, which announced draft laws last year to enforce net-zero emissions targets, considers charging for excess carbon on imports, as well as legislation requiring ethical sourcing and a recycling plan for EV batteries.

“But it’s nothing compared to what’s coming.”

Yet it remains to be seen how many of the companies looking to tap the market for cleaning up electric cars will succeed in a rapidly evolving EV technology arena; what’s cutting edge today could be obsolete tomorrow.

Given fierce competition, any projects not advanced enough at the right time will risk missing their chance, according to MacMurray Whale, environmental sustainability strategist at Cormark Securities in Toronto.

“You won’t be able to attract the investor interest because there’s a lot of them and they’re all trying to argue they’re the best,” he said.

The demand is real, though, from carmakers who face a daunting task to navigate the challenges of making everything from steel to aluminium using cleaner processes, to finding less environmentally damaging battery chemistries.

“We only source new business with suppliers with a road map to net zero,” said Andy Palmer, an electric vehicle pioneer who is CEO of Switch Mobility, a British-based EV maker owned by Indian commercial vehicle maker Ashok Leyland (ASOK.NS).

Switch buys credits to offset the carbon used to make metal components and factors in that cost when assessing new parts, he added.

The German carmaker has negotiated with all its battery suppliers and many of its steel and aluminium suppliers that their materials are made using renewable energy, Becker told a conference in London in March.

The problem with EVs is they are so carbon intensive to make, they have to drive thousands of miles before they do less harm to the environment than a gas-guzzling saloon. read more

BMW has measured the CO2 footprint throughout its supply chain. If it took no action, its footprint per vehicle would be 18 tonnes of CO2 in 2030, versus 12 tonnes per vehicle in 2019, according to the carmaker. But its carbon reduction plans should cut that number to nine tonnes by 2030, it says.

The need for greener EVs has sent some carmakers back to the drawing board.

Pennsylvania-based engineering company Ansys (ANSS.O), which develops modelling software for various industries, has seen surging demand from carmakers seeking to simulate cars and components with greener or lighter materials, such as aluminium instead of steel, said Pepi Maksimovic, director of application engineering.

“There’s an intensification of the effort to address these issues in terms of … bringing better cleaner, greener, meaner technology to the market faster, earlier,” she added.

Previous corporate sustainability efforts have often been derided as vague and as “greenwashing”.

“Stakeholders are demanding supply chain visibility and not just statements.”

Douglas Johnson-Poensgen, CEO of Circulor, which maps supply chains for the likes of BMW and Volvo (VOLCARb.ST), said financing from investors was increasingly tied to ESG targets.

“Everybody recognises they need to know where they’re sourcing things from and what they’re inheriting from their supply chain.”

“Big asset managers who have allocated huge sums of money to invest in ESG compliant companies have found there aren’t enough of them,” said Azar.

More carbon levies could help to change that.

Full Circle has invested in Britishvolt, a British startup that’s building an EV battery plant that will run only using renewable energy.

Peter Rolton, Britishvolt’s executive chairman, said national governments would need alternatives to fuel taxes that raise vast sums, and taxing carbon would help to squeeze it out of supply chains.

“Carbon taxation is an inevitable part of a 2050 net-zero vision,” he added. “You can see that one coming.”

AEM, based in Washington, a city with roots in northeast England’s industrial history, has developed a recyclable motor for EVs using electrical steel and aluminium instead of copper and magnets, thus removing rare earth metals. CEO Widmer said AEM’s motors would be cheaper than conventional ones and in carmakers’ tests have been up to 15% more efficient.

As well as the environmental considerations, many carmakers and suppliers want to reduce reliance on China, which controls 90% of global rare earths metals supply. read more

China’s dominance extends to graphite, crucial for anodes for EV batteries, which is typically produced using electricity from coal.

Canadian-listed mine developer NextSource (NEXT.TO) plans to start commercial production of graphite in Madagascar from 2023 to capitalise on demand from companies looking to diversify supplies.

Executive vice president Brent Nykoliation said contracts with carmakers should be lucrative and long as they seek to lock in supplies tailor-made to their requirements.

“The conversation has changed dramatically in the last 12 months,” Nykoliation said, referring to carmakers’ engagement with mineral production.