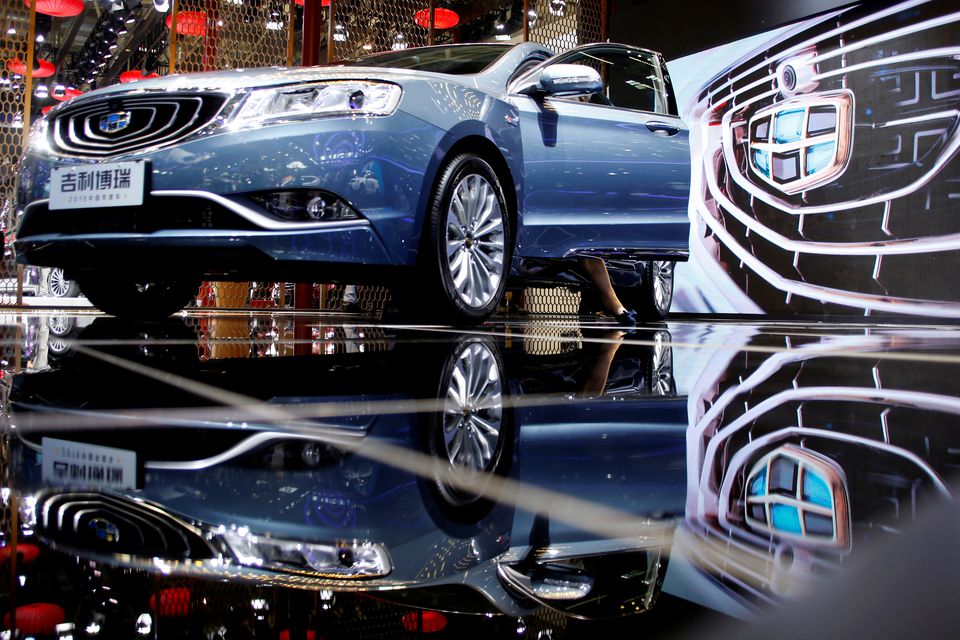 (Reuters) – China’s Geely Automobile (0175.HK) will buy just over a third of Renault’s (RENA.PA) Korea unit for roughly $200 million, potentially helping it boost U.S. exports, and freeing up funds for the French automaker to invest in its electric business.

Renault, which can assemble 300,000 vehicles a year in its factory in Busan, South Korea, is in the middle of a turnaround aimed at increasing margins and separating its electric vehicle (EV) business to catch up with rivals such as Tesla (TSLA.O).

The French firm’s move to sell the stake to Geely – which owns Volvo Cars and a 9.7% stake in Daimler AG – follows an announcement by the two companies in January to develop hybrid vehicles for South Korea and abroad, produced at the Busan plant.

For Geely, which has typically grown its business through global partnerships, the deal goes beyond selling cars in South Korea and is a way for the Chinese automaker to export cars made in South Korea to America, a person close to the company said.

“It is an open door into the U.S.,” said the person who declined to be named because the plans are confidential.

The person said that while the details of how the partnership would work had not yet been sorted completely, Geely might initially use the Busan plant to make electric robotaxis for Waymo, Alphabet Inc’s (GOOGL.O) self-driving unit with which it has an existing supply agreement.

“With the South Korea-U.S. free trade agreement, Renault or Geely would not face tax burdens if they export vehicles manufactured in South Korea to the United States,” said Song Sung-jae, an analyst at Hana Financial Investment.

Song noted, however, Geely would face higher manufacturing costs in South Korea, where labour costs are greater and the auto market is dominated by local champions Hyundai Motor (005380.KS) and Kia Corp (000270.KS).

“For Chinese firms, building a successful track record in South Korea can help sell EVs in other emerging markets, as well as Europe and U.S., which the firms continue to knock the door of, but they are difficult markets,” said Kim Jin-woo, an analyst at Korea Investment & Securities.

Renault owned 80% of the unit at the end of last year. The rest was owned by credit card company Samsung Card (029780.KS), which said in December that it intended to sell its stake but gave no details.

Renault’s decision to sell 34.02% of Renault Korea Motors for 264 billion won ($207 million) also comes weeks after media reports the automaker, the top shareholder in Nissan Motor (7201.T), may lower its stake in the Japanese company.