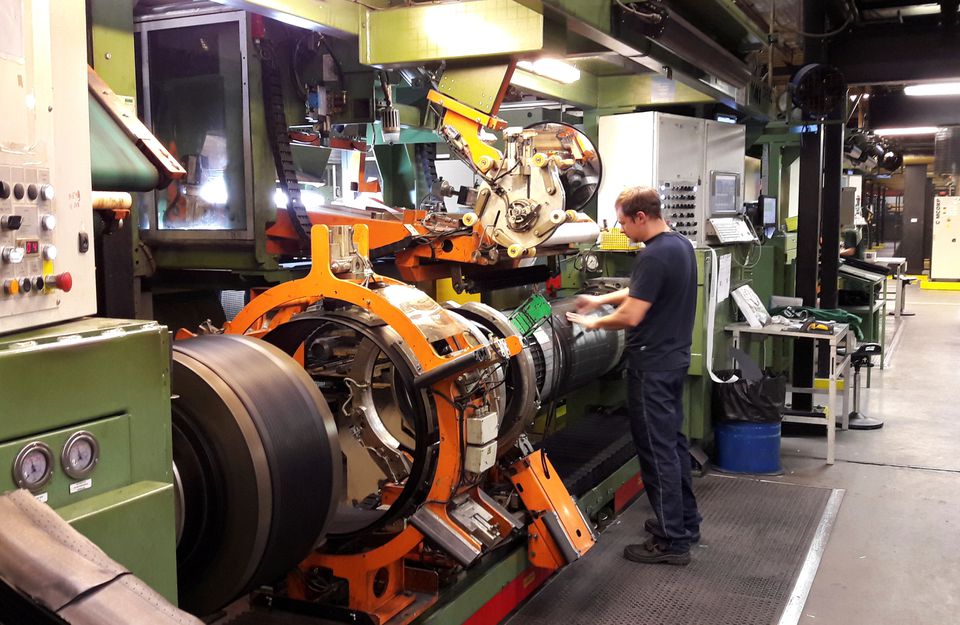 Feb 22 (Reuters) – Foreign companies with exposure to Russia were poring over contingency plans on Tuesday, with some looking at whether to shift production or find new supply chains to shield their businesses from new Western sanctions.

Britain sanctioned five Russian banks and three billionaires on Tuesday and Germany halted certification of a gas pipeline in a first wave of restrictions. The EU and the United States are expected to announce measures with energy and technology potentially in the crosshairs, along with financial services and more individuals. read more

The White House has told the U.S. chip industry, for example, to be ready for new restrictions on exports to Russia, including potentially blocking Russia’s access to global electronics supplies. read more

Avtovaz (AVAZI_p.MM), the carmaker behind the Lada brand in which Renault has a 69% stake, said on Tuesday it was looking to secure different supplies of semiconductors in case Washington clamps down on electronics.

“Of course we are also investigating possibilities to find alternatives in the case of sanctions,” Nicolas Maure, Avtovaz chief executive, told reporters in the Russian city of Izhevsk.

Russia relies on foreign supplies of chips and a senior Russian auto industry source said there was concern about how delivery times and new pre-orders might be affected.

Nokian Tyres, which has a factory and warehouse in Russia, said it had intensified its risk management planning and was prepared to shift the manufacture of certain products between plants if necessary.

Coca-Cola HBC, which bottles soft drinks in 29 European and African countries and counts Russia and Nigeria as its two biggest markets, said it had learned lessons from the Russian-Ukrainian conflict of 2014.

Chief Executive Zoran Bogdanovic said it was considering stockpiling ingredients to limit any disruption in Russia and had plans for alternative sourcing of raw materials as well.

“We have looked at all types of scenarios and have ensured that we have contingency plans in place in case there is disruption,” said Chief Financial Officer Ben Almanzar.

Swiss consumer goods giant Nestle (NESN.S) declined to comment on sanctions and said the safety of its staff was its highest priority. As of 2020, Nestle had six factories in Russia, including plants making confectionary and drinks. Its 2020 sales there were worth about $1.7 billion.

Danone (DANO.PA), the world’s biggest yoghurt maker which controls Russian dairy brand Prostokvashino, said it too was focused on ensuring the security of its employees.

German retailer Metro (B4B.DE), which has operations in both Russia and Ukraine, said it was following the current developments with concern.

“Our responsibility as a company in Russia lies primarily with our approximately 10,000 employees and 2.5 million customers,” Metro spokesman Gerd Koslowski said, adding that the same concerns applied for Metro in Ukraine.

Some companies, however, such as Germany’s HeidelbergCement (HEIG.DE) said they did not expect any major impact on their Russian operations, even if the conflict escalated.

“All of our three Russian cement plants supply their respective local/regional markets and do not export outside Russia,” a company spokesperson said.

Washington and Brussels imposed sanctions on Russia’s energy and defence sectors in the wake of Moscow’s annexation of Crimea in 2014. There is now speculation that those measures could be widened and deepened, with one possible option being to prevent companies settling in U.S. dollars.

Britain’s BP , the largest foreign investor in Russia with a 19.75% stake in state-run oil giant Rosneft (ROSN.MM), declined to comment when asked about potential new sanctions.

Anglo-Dutch oil company Shell (SHEL.L) owns 27.5% of the Sakhalin-2 liquefied natural gas (LNG) project, which has an annual capacity of 10.9 million tonnes and is operated by Gazprom .

On Monday, Shell’s head of integrated gas Wael Sawan told reporters that it would abide by any sanctions on Russia.

Norway’s Equinor (EQNR.OL), which has minority stakes in three Russian oilfields, said it had solid processes in place to ensure it complied with relevant sanctions.

German utility Uniper (UN01.DE), which counts Russia as one of its most important markets, declined to comment.

Uniper has five power plants in Russia with a combined capacity of 11.2 gigawatts, providing about 5% of Russia’s total energy needs and also imports Russian natural gas to Europe, according to its website.

“On a general note, so far energy production in Russia has been excluded from EU sanctions,” said Finland’s Fortum (FORTUM.HE), which owns 76% of Uniper.

“We are of course following the situation very closely and will assess the possible impacts of sanctions and possible counter sanctions once they have been announced,” it said.