DETROIT, Aug 16 (Reuters) – The future may belong to electric cars, but for U.S. automakers, trucks will rule for years to come.

Automakers in North America plan to build more big pickups and sport utility vehicles than electric vehicles well into the late 2020s, chasing sales trends that run counter to the Biden administration’s goal of boosting EVs to half the market by 2030, according to internal production forecasts viewed by Reuters.

The popularity of Detroit’s big trucks is a challenge both to the industry and efforts by lawmakers and regulators to reduce emissions of carbon dioxide and other exhaust gas pollutants from combustion engines.

At the same time, Detroit’s combustion-powered large pickup trucks and SUVs generate on average more than twice the CO2 over their lifetimes as the typical electric vehicle, according to a Reuters analysis of data generated by Argonne National Laboratory’s GREET modeling tool – the same model used by the U.S. Environmental Protection Agency.
The three automakers in a joint statement on Aug. 5 described as a “shared aspiration” Biden’s target of pushing EVs to 40-50% of production by 2030. That goal would mean boosting annual North American output of electric and plug-in hybrid electric vehicles to 7 million vehicles or more.

The entire industry, however, is planning as of now to build just 2.6 million battery electric vehicles (BEV) and another 585,000 plug-in hybrid electric vehicles (PHEV) in 2028, according to AutoForecast Solutions (AFS), which compiles production estimates that are widely used across the industry.

If automakers stick to those plans, EVs would account for just 15% of total North American production in 2028, with plug-in hybrids representing another 3.4%.

In that case, automakers would have to more than double EV and PHEV production within two years between 2028 and 2030 in order to hit Biden’s low-end target of 40%.

AutoForecast’s outlook is consistent with the U.S. government’s own predictions.

The U.S. Environmental Protection Agency said on Aug. 5 that it expects electric and hybrid vehicles to account for 8% of U.S. car and light truck sales by 2026, a shade under AutoForecast’s projection of 10-11%. 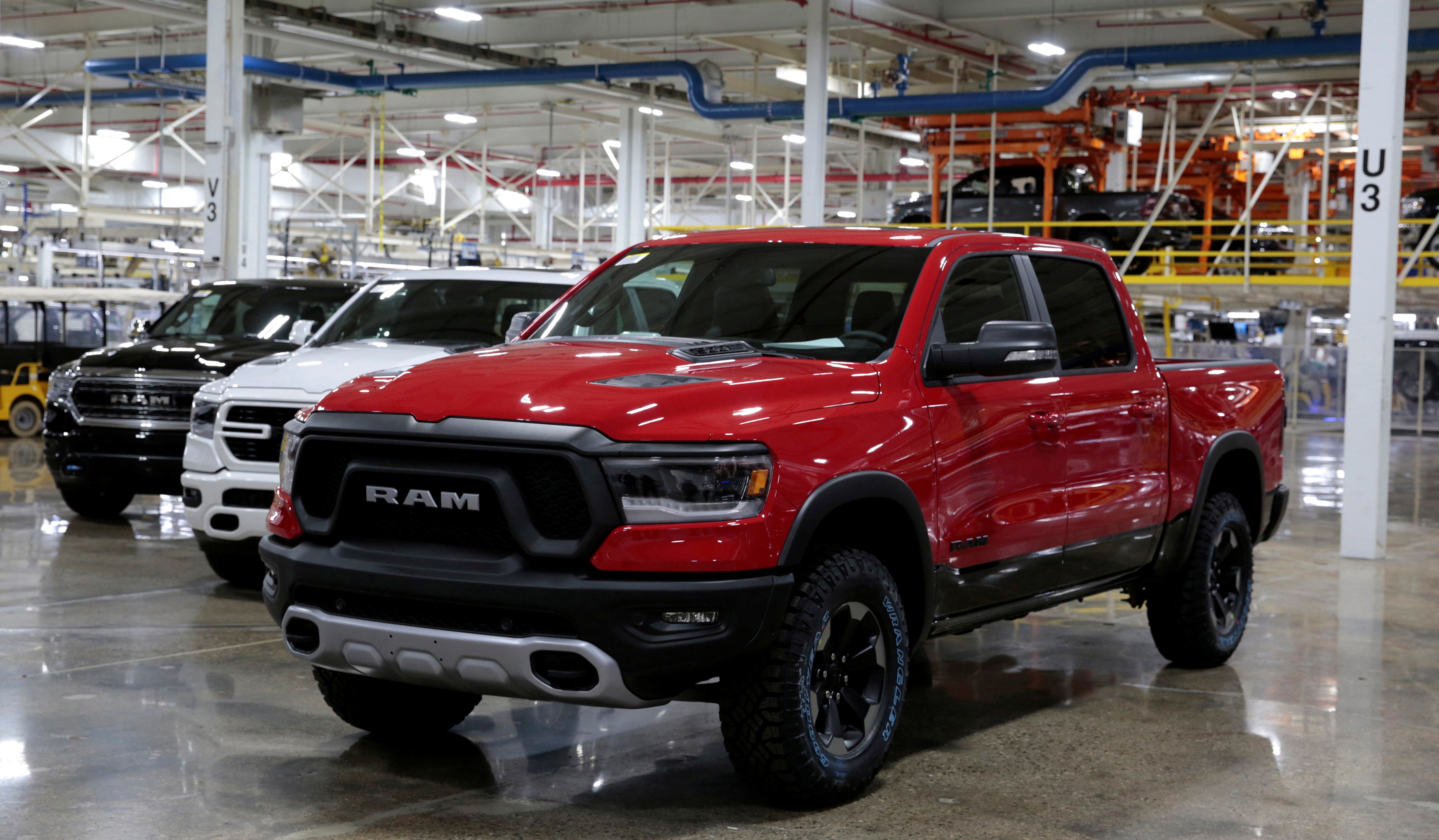 Researcher IHS Markit on Aug. 9 estimated automakers would need at least 18% of their total sales to derive from EVs in 2026 – a figure in line with AutoForecast’s estimate – in order to have a realistic chance of meeting the proposed 2030 targets.

“Far more demand for electric vehicles will be needed in order to hit the 2030 goal of 40-50%,” said Sam Fiorani, head of AFS global vehicle forecasting. But “many buyers will come up with excuses not to make the switch” to EVs from vehicles with combustion engines.

A shortfall in EV demand, while pickup and SUV sales remain robust, could hamper a broader effort to combat climate change.

“We’re going to have to find some way to make those predictions fall short,” said Mary Nichols, former chair of the California Air Resources Board and a longtime clean-air advocate.

“It’s not just about the companies, (which) are doing their best to design and build electric vehicles that people want and make sure there are batteries that get greater range and that there will be charging available. That part is moving pretty fast (but) it’s going to have to go faster,” said Nichols, a board member of Veloz, a California-based industry-government coalition advocating greater electric vehicle use.

Automakers have been careful to frame their electric vehicle sales goals as dependent on consumer demand and government subsidies.

“We’ve said for months that Ford expects battery-electric vehicles to be at least 40% of our global volume by 2030. That’s not an aspiration – it’s what we’re anticipating,” a Ford spokesperson told Reuters. “We believe we’ll be well-positioned for BEVs to account for 40% to 50% of our U.S. sales by then.”

GM reiterated what it termed its “aspiration” to eliminate tailpipe emissions from light-duty vehicles by 2035, as well as its aspiration to push EVs to 40-50% of its sales volume by 2030.

Stellantis said it does not comment on speculation about future products.

The present-day reality for all U.S. automakers – other than electric-vehicle leader Tesla Inc (TSLA.O) – is that trucks and SUVs are in high demand, with consumers willing to pay premium prices for them. Electric vehicles from established automakers are still niche models.

The industry this year expects to build 3.3 million full-size pickups and SUVs in North America, according to the latest AFS forecast. Virtually all of them will be powered by gasoline or diesel engines. In 2028, that number is expected to climb to 3.75 million – and only a fraction of those will be offered with electric motors and battery packs.

With production this year hampered by a global shortage of semiconductors, GM, Ford and Stellantis cannot keep sufficient supplies of these vehicles in stock at dealers, many of whom are commanding a premium above the manufacturers’ suggested list prices for the hottest models.

Reporting by Paul Lienert in Detroit Additional reporting by David Shepardson in Washington and Tina Bellon in Austin, Tex. Editing by Joe White and Matthew Lewis