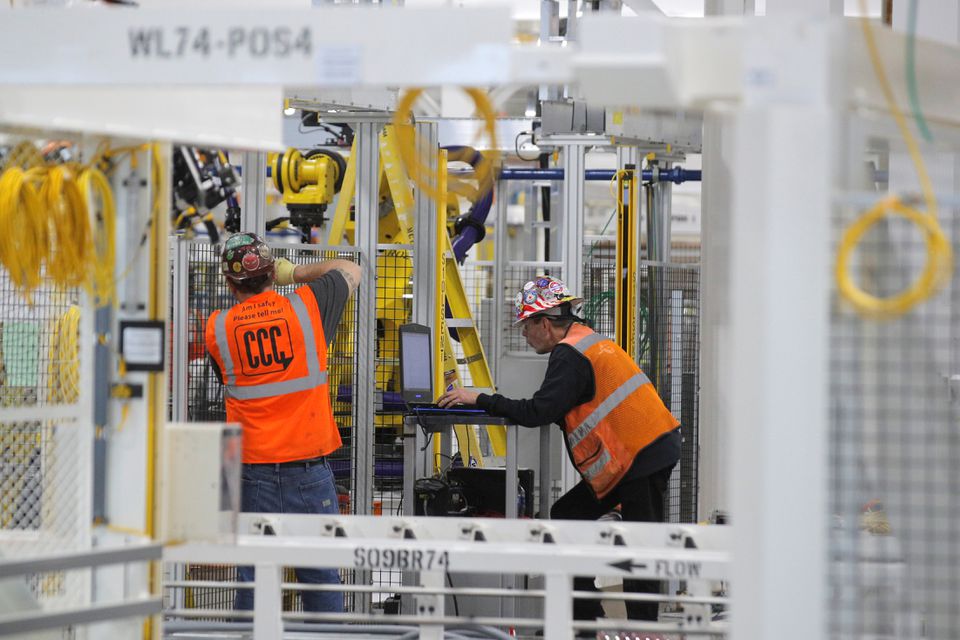 Oct 29 (Reuters) – The U.S. auto sector’s production slump this year is more than a big minus for Detroit – it’s a major drag on the entire economy.

Gross domestic product growth slowed to the weakest pace in more than a year during the third quarter at just 2% annualized. That was less than a third of the growth rate in the preceding quarter.

While the Delta variant of COVID-19 played a big role as it swept through the country during July, August and September and put a lid on growth in consumer spending, the biggest soft spot in Thursday’s weak GDP reading was the car industry – by a country mile.

In all the auto sector subtracted 2.4 percentage points from economic growth in that period. That was the biggest drag Detroit has had on U.S. output in four decades – and one rarely seen outside of a recession. The contraction caused by COVID-19 officially lasted just two months in the spring of 2020, and the economy has been in recovery mode since.

The main culprit behind the auto industry’s difficulties is a worldwide shortage of microchips, which are needed to run all of a modern vehicle’s complex systems. But with the world economy rebounding from last year’s shutdowns, it is not just the car business that is chasing those chips, and they have become a global scarcity.

As a result, U.S. motor vehicle production has fallen in six of the last nine months and is running at a level more typically associated with a recession. September’s run rate of 7.51 million vehicle assemblies was the lowest – excluding the short-lived dive to near zero during the COVID shutdowns – since 2010 when the industry was making a wobbly recovery from the financial crisis.

It’s also playing out in the U.S. inflation picture. The chip shortage is just one component of a complex jigsaw puzzle of the forces driving inflation to its highest level in decades, but in the car space it has upended pricing dynamics like never before.

With new cars so hard to come by, consumers in need of a vehicle bid up used car prices. At one point this spring, used car prices rocketed by more than 10% per month for three straight months.

That has driven the difference in inflation rates between new and used cars and light trucks to the widest on record in favor of used vehicles.