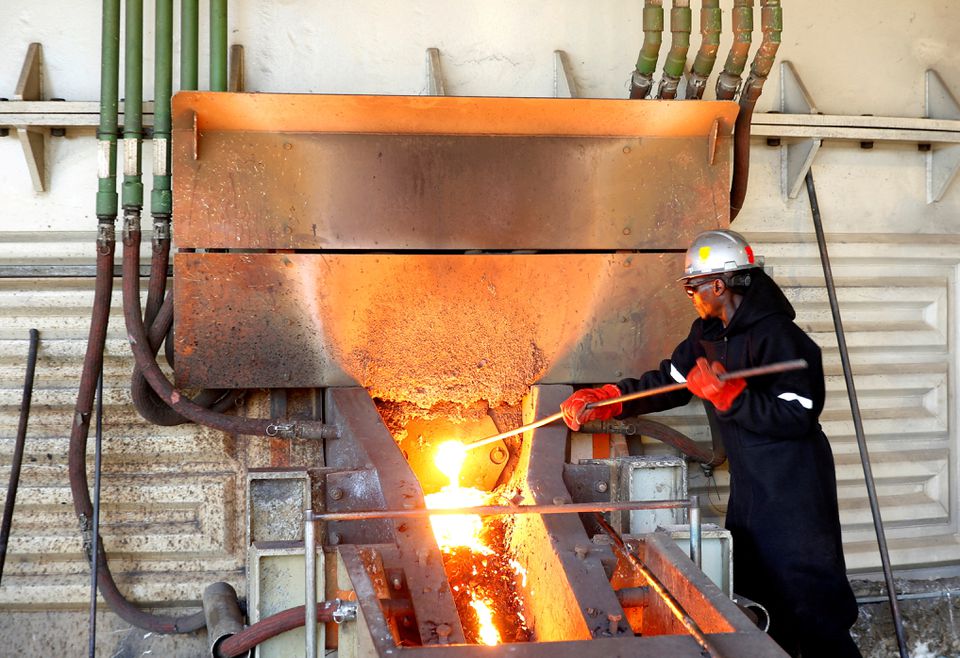 Nov 2 (Reuters) – Analysts and traders have downgraded their forecasts for platinum and palladium prices next year as a global economic slowdown reduces demand, according to a Reuters poll on Wednesday.

Both metals are used mainly in vehicle exhaust systems, where they neutralise harmful emissions, though platinum is also used in jewellery, other industry and for investment.

Prices of the two metals are largely unchanged from the start of the year, with platinum hovering around $950 an ounce and palladium around $1,900 an ounce.

Slowing economic growth piles extra pressure on an auto industry still dealing with a semiconductor chip that began in 2020 and has forced companies to cut vehicle production, reducing platinum and palladium demand.

The poll of 27 analysts and traders forecast little change for prices over the next year.

Those analysts who forecast supply-demand balances said they expected the platinum market to be in surplus this year and next year and the palladium market to be balanced or in deficit.

“Platinum prices could receive a boost next year as investment demand improves a little and industrial demand picks up towards the end of the year. That said, any gains in the price might only be very limited,” said Capital Economics analyst Caroline Bain.

For palladium, she said “we wouldn’t expect a material rise in prices until prospects for global manufacturing brighten as the global economy emerges from recession.”