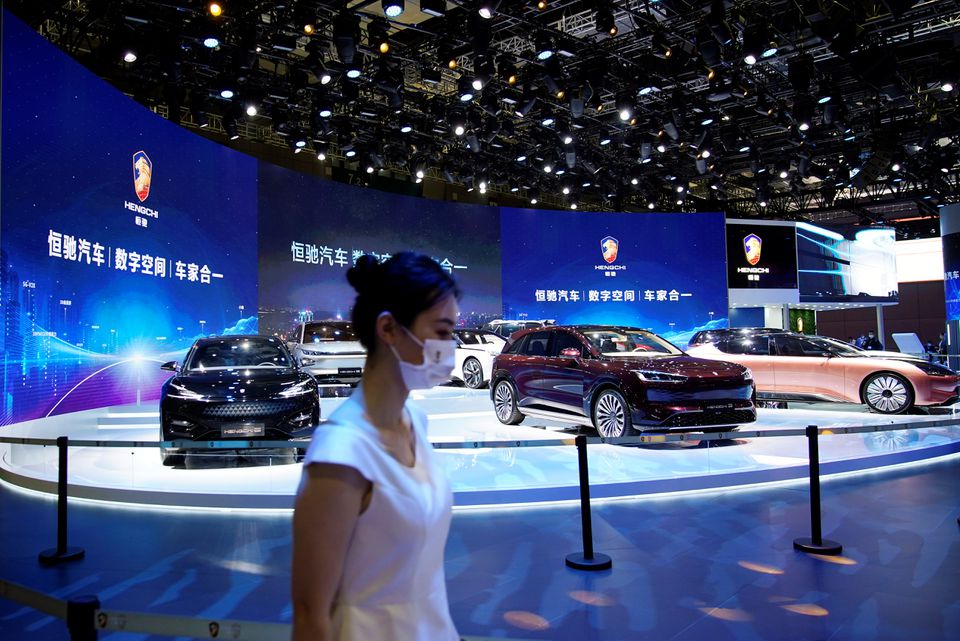 SHANGHAI, Dec 2 (Reuters) – China Evergrande Group’s electric vehicle unit has suspended mass production of its only model due to a lack of new orders, two people with knowledge of the matter said, in the latest set of troubles facing the indebted property developer.

China Evergrande New Energy Vehicle Group (0708.HK) said in mid-September that it had started mass production of the Hengchi 5 model at a plant in the northern city of Tianjin and in late October said it had delivered its first 100 cars.

However, the company has paused production as there are not enough new orders for the electric sport-utility vehicle, said the people, who declined to be named because they were not authorised to speak to media.

The two people also said many employees have yet to receive salaries for October and November.

Evergrande did not immediately respond to a request for comment.

Two other people said some work was still continuing. One of these two said the unit planned to lay off 10% of workers and would suspend salary payments to 25% of its workers for 1 to 3 months.

It was not immediately clear how long mass production would stay suspended for.

Once China’s top-selling property developer, Evergrande has been at the centre of a deepening debt crisis that has seen multiple developers default on offshore debt obligations over the past year, leaving many negotiating restructuring.

The group had touted the EV unit as key to its transformation plans, with Chairman Hui Ka Yan vowing to shift the group’s primary business within 10 years from real estate to the automobile venture, and to make 1 million vehicles a year by 2025.

In July，the unit said it had received non-binding pre-orders for more than 37,000 units of the Hengchi 5.

The suspension at Evergrande’s EV arm comes as automakers and investors are bracing for a downturn in the world’s largest car market due to a sputtering economy, despite government incentives starting in June to boost sales, such as tax cuts and subsidies.

Competition in the EV sector has also been intensifying, with Tesla cutting prices and offering incentives in China, weighing on other loss-making competitors.