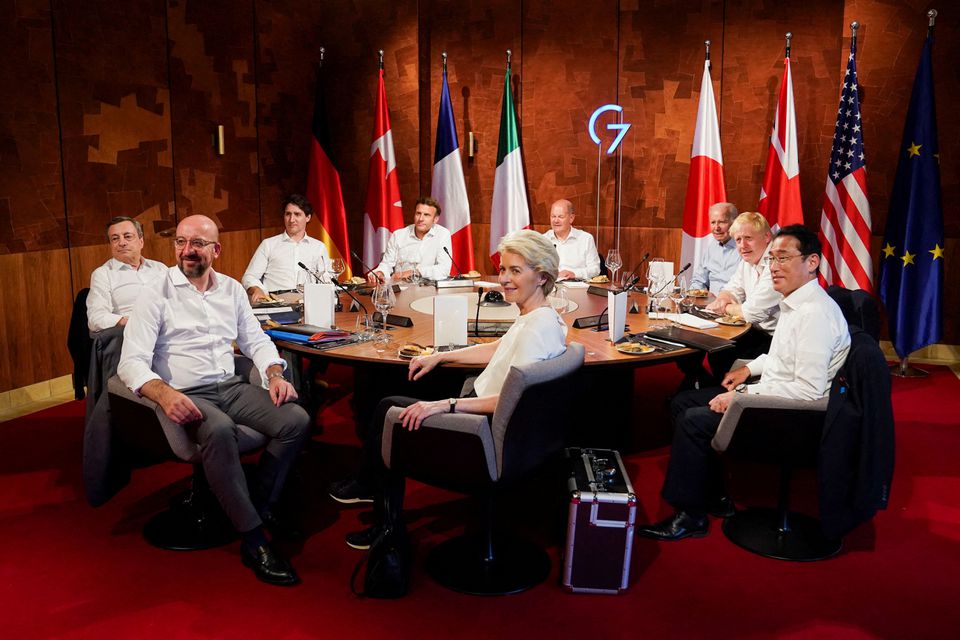 TOKYO/BRUSSELS, June 27 (Reuters) – Japan is pushing to remove a target for zero-emission vehicles from a G7 communique expected this week, according to a proposed draft seen by Reuters, a move that would water down language on climate change from the leaders’ summit in Germany.

The pressure from Tokyo, an influential member of the Group of Seven rich nations, comes as the Japanese auto industry has faced scrutiny from green investors who say it has been slow to embrace zero-emission vehicles and lobbied against regulations that would encourage quicker transition to the technology.

Reuters reported last week that Toyota Motor Corp’s (7203.T) head lobbied the Japanese government to make clear it supported hybrid vehicles as much as zero-emission battery electrics. G7 leaders are meeting in the Bavarian Alps for a summit where climate change figures on the agenda. read more

Japan has proposed removing a reference to a “collective goal of at least 50% zero-emission vehicles by 2030”, according to a draft of the communique reviewed by Reuters.

In its place it has proposed a less concrete target of “significantly increasing the sale, share and uptake of zero-emission light duty vehicles recognising the range of pathways that members are adopting to approach these goals”, according to the draft.

A person familiar with the matter confirmed that Japan had proposed the changes, declining to be identified because of the sensitivity of the issue. It was not clear whether the proposed changes would be in the final version of the communique, which is due to be released at the end of the summit on Tuesday.

Japan’s foreign ministry said it was not immediately able to comment.

Separately, Japan had pushed to remove a goal for all new car and van sales in G7 countries to be “zero emission vehicles” by 2035, in the G7 climate ministers’ communique in late May, according to sources familiar with the discussions and a draft communique seen by Reuters.

Ultimately the 2035 target was not included in the final statement, which pledged instead to achieve a “highly decarbonised road sector by 2030” by “significantly increasing” zero-emission vehicle sales.

Both Japan’s auto industry lobby and leading automaker Toyota say automakers should not be limited to specific technologies and needed to keep a range of options towards reaching a goal of carbon neutrality by 2050.

Toyota, the world’s biggest automaker by sales, has said fossil fuels, not internal combustion engines, are the problem. As well as the hybrids it popularised more than two decades ago with the Prius, it also champions hydrogen technology, although that has so far not caught on the way battery-electric cars have.

Energy and climate think-tank InfluenceMap has rated Toyota the worst among major automakers for its lobbying record on climate policy, which includes public statements and interaction with governments.

Reporting by Makiko Yamazaki in Tokyo and Kate Abnett in Brussels; Additional reporting by Kiyoshi Takenaka; Editing by David Dolan and Alex Richardson