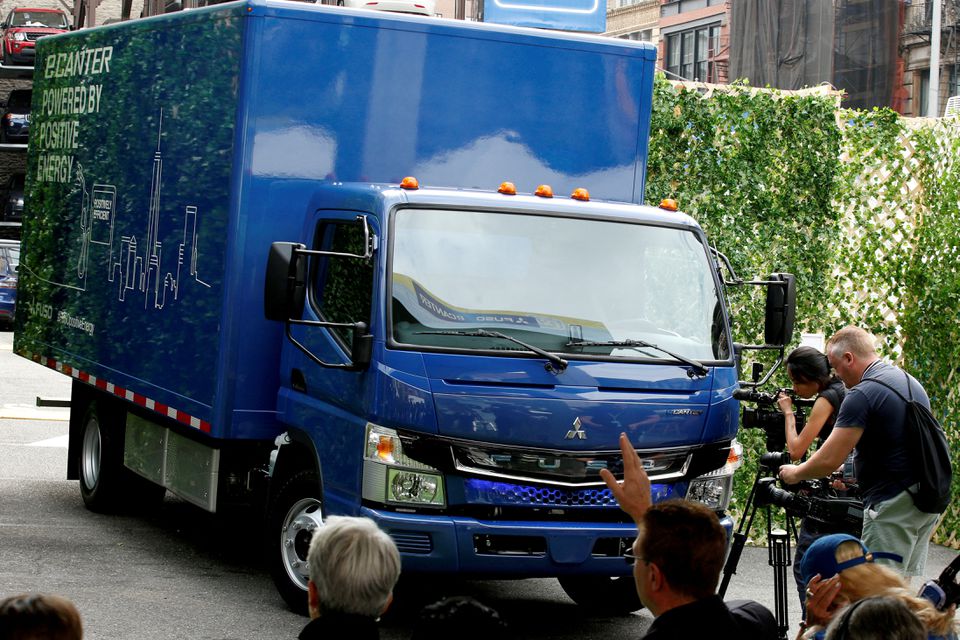 In March, the EPA proposed new rules to cut smog-forming and greenhouse gas (GHG) emissions from heavy-duty vehicles. The agency said it will reopen the proposed GHG rules after passage in August of the climate and spending Inflation Reduction Act, a move that could speed the U.S. shift to electric heavy-duty vehicles.

The EPA will be issuing a supplemental notice of proposed rulemaking to consider more stringent GHG standards for model years 2027 through 2029 in December.

EPA believes much greater zero-emission vehicle adoption rates are possible for 2027 through 2029.

The EPA still plans to finalize the proposed smog-forming truck rules by December.

Jed Mandel, president of the Truck & Engine Manufacturers Association, which represents companies like Daimler Trucks (DTGGe.DE), Caterpillar (CAT.N) and Cummins (CMI.N), said on Wednesday “getting all these rules and regulations working in concert is extremely important and very challenging.”

Mandel said it is unclear how the incentives under IRA “will impact the industry in the near-term.”

Nonprofit RMI said the inflation reduction law’s up to $40,000 Qualified Commercial Clean Vehicle tax credit “will turbocharge adoption of electric medium-duty and heavy-duty trucks.” and will make electric trucks cheaper to operate than diesels in most cases.

In March, the EPA said the new heavy truck GHG standards when fully phased in would result in up to 24% to 25% lower carbon dioxide emissions, but environmentalists have pressed the agency to do more.

Sierra Club transportation official Katherine Garcia said “it’s vital that the EPA’s policies match the urgency of the air quality and climate crises. … We urge the administration to move quickly to finalize the near-term heavy-duty standards.”

The EPA in March proposed tighter standards for 17 of the 33 subcategories of vocational and tractor vehicles, including school buses, transit buses, commercial delivery trucks, and short-haul tractors.

Next month, the California Air Resources Board (CARB) willconsider new rules to require zero-emission truck deployments starting in 2024 “and would establish a clear end date of new medium- and heavy-duty internal combustion engine vehicle sales in 2040.”

Transportation is the largest source of U.S. GHG emissions, making up 29% of emissions, and heavy-duty vehicles are the second-largest contributor, at 23%, the EPA said.