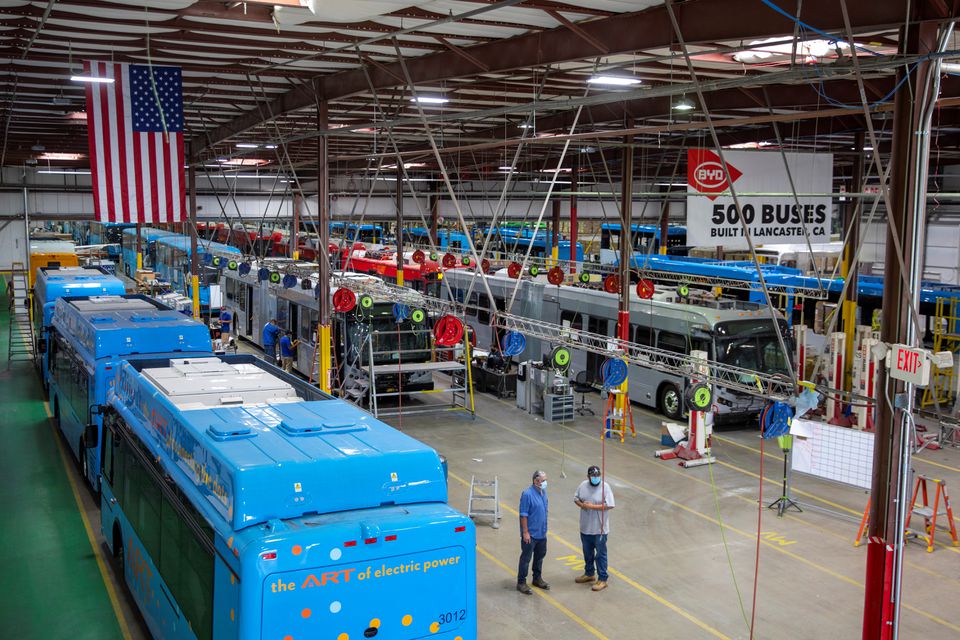 President Joe Biden has vowed to significantly reduce emissions by 2030, while at the same time creating new, well-paid green energy jobs. His administration has identified bus electrification as one of the main ways to achieve that goal.

While more than half of transport emissions are produced by conventional passenger cars, diesel-powered transit buses are considered among the worst polluters, particularly in America’s cities.

Converting transit buses to battery or fuel-cell power is considered one of the fastest ways to reduce greenhouse gas emissions from the transportation sector, which at 29% accounts for the largest share of U.S. emissions.

Of the United State’s roughly 70,000 largely diesel transit buses, only around 2% are currently zero emission, according to the Center for Transportation and Environment, which advises transit agencies on clean energy buses.

That puts the United States far behind China, which has converted nearly 60% of its bus fleet, according to Chinese government data for 2020. In Europe, electric buses made up 6% of total new bus registrations in 2020, according to the European Automobile Manufacturers’ Association.

U.S. transit agencies receive a large part of funding from the Federal Transit Administration, an agency within the U.S. Department of Transportation that has provided nearly $670 million in e-bus grants over the last eight years.

Thanks in part to that funding, the U.S. e-bus market is expected to balloon five-fold to $2.7 billion by 2024, according to analysts at P&S Intelligence.

WHO ARE THE INDUSTRY PLAYERS?

New Flyer, GILLIG, Novabus, BYD and Proterra jointly have capacity to produce around 6,000 electric and conventional buses per year, with BYD making up around a fourth of overall production capacity.

WHAT IS BIDEN’S GOAL?

Biden aims to electrify 50,000 diesel buses, or roughly 70% of the U.S. fleet over the next eight years.