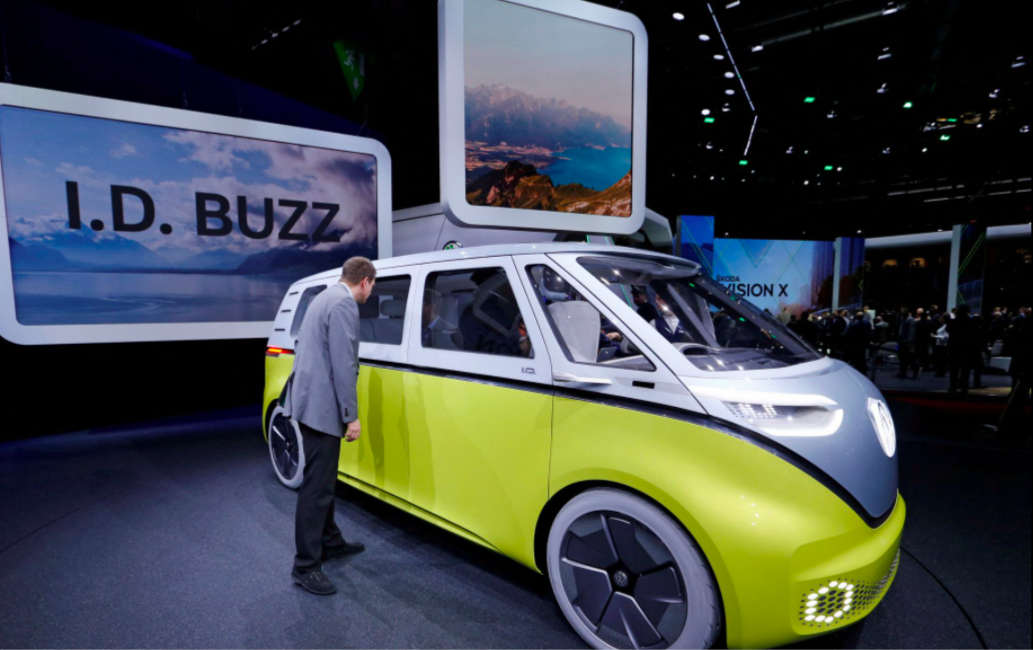 DETROIT, Jan 7 (Reuters) – Volkswagen (VOWG_p.DE) will show a production version of its long-awaited ID.Buzz, an electric reincarnation of its beloved Microbus or Kombi, on March 9 and plans to launch it in the United States in late 2023, the company said on Friday.

The ID.Buzz is one of “the most anticipated and most hyped” models anticipated from the Volkswagen brand since the company launched its new Beetle in the late 1990s, Scott Keogh, head of Volkswagen’s North American operations said during a media call.

Volkswagen Chief Executive Herbert Diess tweeted on Thursday “The legend returns on 03/09/22!” The tweet contained a sketch of the profile of the ID.Buzz van.

Volkswagen has shown a series of prototypes for a new Microbus over the past decade. But those prior show vans – the Budd.E and the Bulli – never made it to production, to the frustration of fans of the vehicle.

Keogh said that a three-row version of the ID.Buzz will launch in the United States, where the original microbus became an icon of the counterculture, in late 2023 or early 2024. Volkswagen will launch a two-row version in Europe.

Volkswagen does not plan to build the ID.Buzz at its U.S. factory in Chattanooga.

Volkswagen will ramp up production of its ID.4 electric SUV at Chattanooga this year.

Earlier Friday, Volkswagen said U.S. sales of its VW brand vehicles rose 15% in 2021, driven largely by strong sales of gasoline-fueled SUVs such as the Atlas and Tiguan.

Shortages of vehicles caused by chip supply chain problems will continue to limit vehicle production and sales in the United States through 2022, Keogh said.

He said he believes as many as two million potential car buyers did not buy a vehicle in 2021 because of the lack of supply, creating pent up demand for this year and beyond.