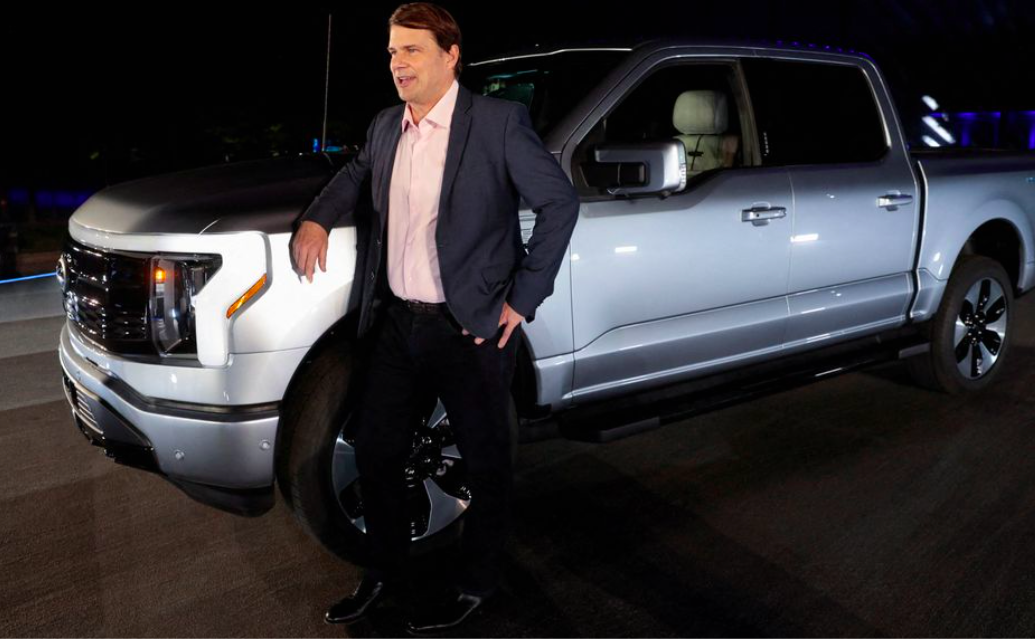 Now, Farley wants investors and commercial vehicle customers to pay more attention to the software and services Ford wants to sell with those trucks, as well as to the company’s electric Transit vans and its portfolio of combustion engine commercial vehicles.

At an event in Sonoma, California, this week, Farley and other Ford executives are rolling out more details of their Ford Pro commercial vehicle strategy – and setting ambitious goals.

“This is a first move by Ford to really start to scale and commit serious resources to digital software and services-based revenue,” Farley told Reuters.

Ford Pro is a standalone unit created last May to focus exclusively on commercial and government customers.

Ford has set a goal to increase Ford Pro’s annual revenue to $45 billion by 2025, up 67% from 2019. Farley said Ford Pro is paving the way for Ford to expand digital service offerings to retail customers.

“We are the Tesla of this industry,” he said.

Ford Pro, which will house the Dearborn, Michigan, automaker’s commercial vehicle operations, is now ramping up a commercial electric vehicle charging business using software and workers who came on board when Ford bought charging startup Electriphi in June 2021.

Ford Pro also has a partnership with Silicon Valley enterprise software power Salesforce.com Inc (CRM.N) to develop software to digitize billing and other paperwork for contractors and other businesses that deploy people to jobs where the vehicle also serves as office space.

Ford Pro Chief Executive Ted Cannis said in an interview the unit has 125,000 active accounts, and a 40% share of the U.S. commercial van and pickup markets. Startups such as Rivian Automotive Inc (RIVN.O) and established rivals such as General Motors Co (GM.N) and its new BrightDrop van unit are aiming for big customers such as FedEx Corp (FDX.N) or Amazon.com Inc as golden tickets to vehicle-based service businesses.

Ford has tried before to expand higher-margin service businesses to augment its traditional manufacturing business, which do well to crack 10% pretax margins in good years. In the early 2000s, Ford acquired a repair services chain and auto salvage yards in an attempt to capture revenue from a larger chunk of the life cycle of a vehicle. Those diversifications were abandoned.

Ford’s new service strategy will have to overcome efforts by rivals that are also racing to sell electric vans and trucks to commercial vehicle fleets. Individual pieces of Ford Pro’s service business, such as fleet charging, will face competition from companies such as ChargePoint (CHPT.N) that already offer such services.

Rhett Ricart, whose Ohio-based Ricart Automotive Group is a major Ford commercial vehicle dealer, said Ford executives have “done their homework” on Ford Pro. Now, he said, the automaker must deliver electric vehicles that do not leave business customers stranded.

“Those vehicles have got to be flawless. People will have trepidation. They know what they’ve got with internal combustion engines. They know where to get gasoline,” Ricart said.

Farley and Ford executives said connected vehicle technology – including telematics systems that give Ford a pipeline to receive data from its vehicles – give the company a firmer foundation for recurring revenue, subscription services as well as increased repair business driven by software that tells fleet owners when it is time for vehicle maintenance.

Ford can analyze how many miles vehicles in a fleet drive, and where they are parked, to design hardware and software that allow for recharging at a central depot, or at a worker’s home, or both, said Muffi Ghadiali, former CEO of Electriphi and now head of the Ford Pro electric vehicle charging business.

“Because of telematics we can give them a very precise plan based on how the fleets operate,” he said.

Reporting by Joe White in Detroit Editing by Matthew Lewis