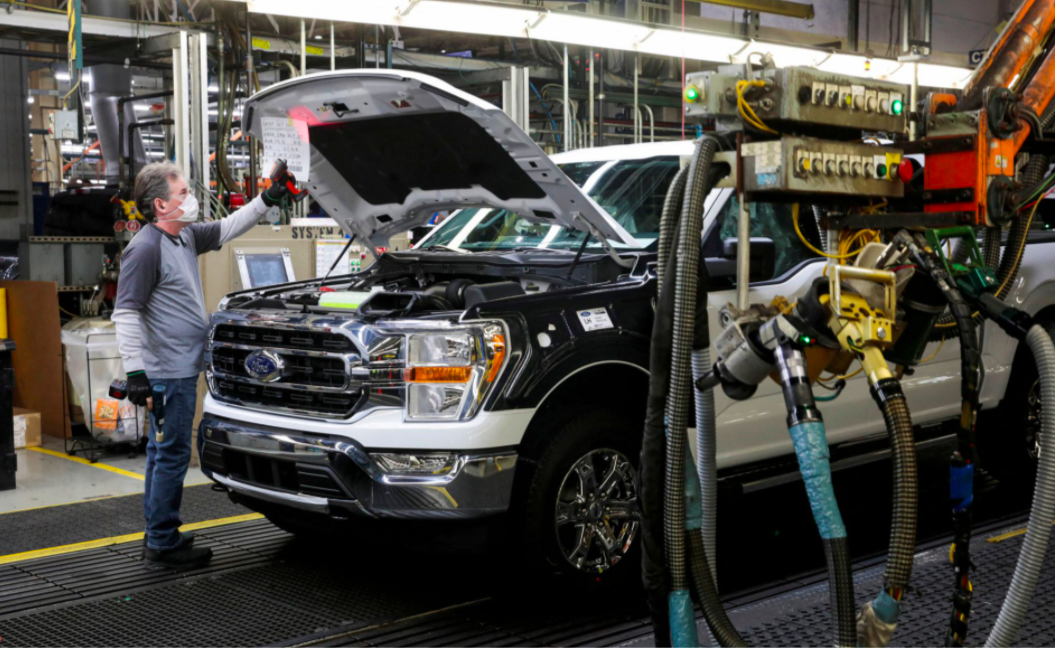 SAN FRANCISCO, Feb 4 (Reuters) – Ford Motor (F.N) plans to suspend or cut production at eight of its factories in the United States, Mexico and Canada throughout next week because of chip supply constraints, a spokeswoman told Reuters on Friday.

The changes come a day after the Detroit automaker warned a chip shortage would lead to a decline to vehicle volume in the current quarter.

The Detroit automaker will also run a single shift or a reduced schedule at its factories in Dearborn, Kentucky and Louisville, while removing overtime at its Oakville factory in Canada.

All changes will be in place for the week beginning Feb. 7.

However, the company said it expected vehicle volume to improve significantly in the second half.
Reporting by Hyunjoo Jin and Ben Klayman; editing by Jane Wardell