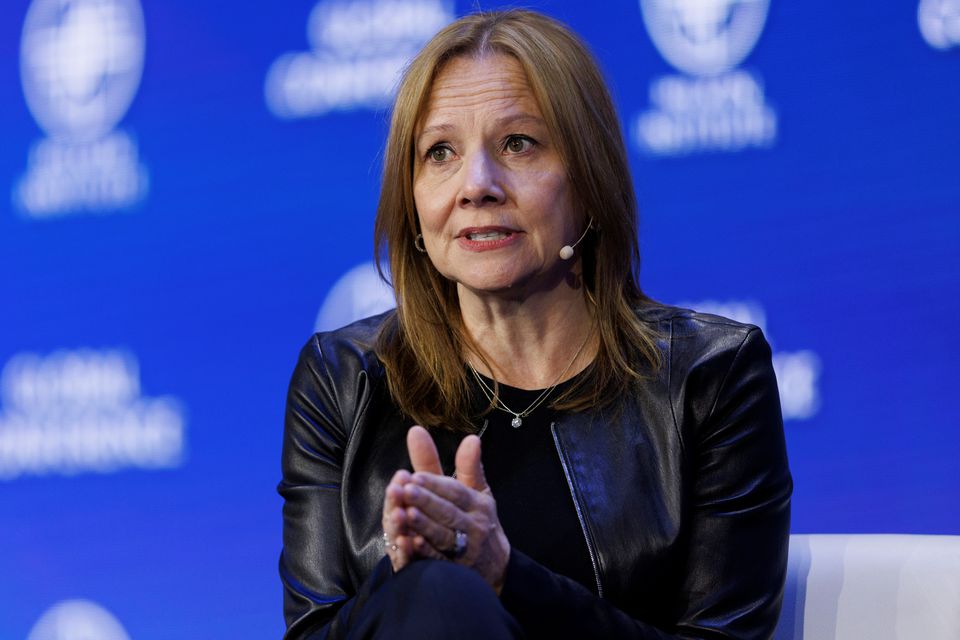 Barra made her comments during the automaker’s annual shareholder meeting.

GM is pursuing a two-track strategy: Investing heavily in electric vehicles for North America, China and other markets, and funding those investments by trying to maximize profits from its North American combustion pickup truck and large SUV lineups.

Nominal pump prices hit an average of above $5 a gallon for the first time ever last week, the federal government said Friday.

GM is ramping up production of EVs. Barra said the Cadillac Lyriq electric sport utility is sold out through 2023.

In response to shareholder questions, Barra said the “clear priority” for using cash generated by its operations is to “accelerate our EV plans.” She did not rule out share buybacks or other approaches to returning cash to shareholders.

GM still expects to increase production this year by 25-30%, despite continuing pressure on semiconductor supplies globally. Barra said GM is working to redesign vehicles to reduce the number of processors required by 95%.

Barra serves as GM’s board chair and CEO. GM shareholders overwhelmingly rejected a proposal to separate those roles.