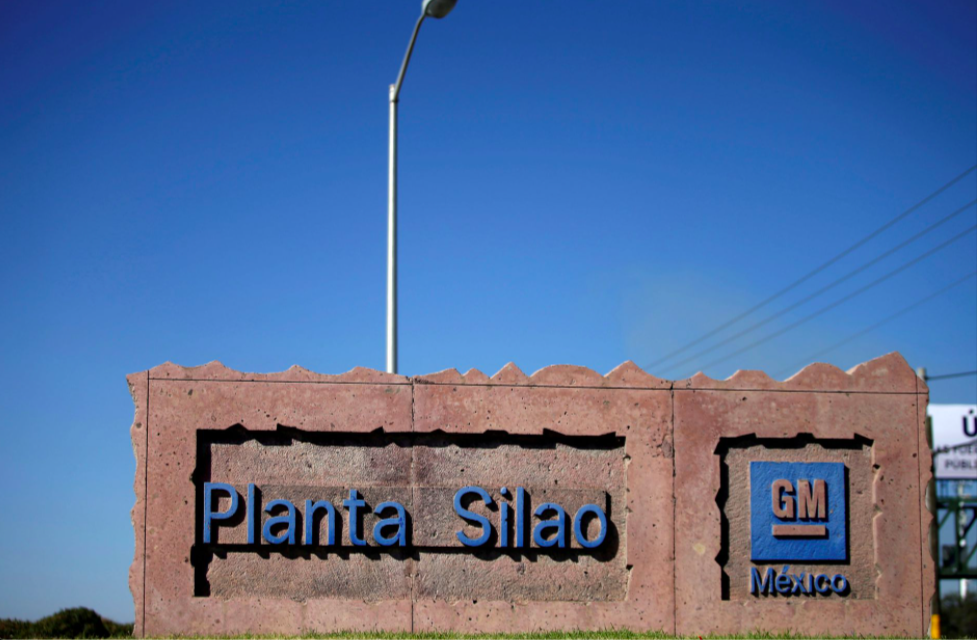 SILAO, Mexico, Aug 17 (Reuters) – General Motors (GM.N) employee Mari says that for the past decade, she has felt powerless to demand higher pay at the plant in central Mexico that cranks out hundreds of thousands of profitable pickup trucks annually.

But on Tuesday and Wednesday, the plant’s nearly 6,500 unionized workers are to vote on what Mari and many coworkers see as a historic opportunity to oust their union, which they say protects the company’s interests over their own.

If workers reject the Miguel Trujillo Lopez union, it would open the door for them to bring in new representation.

The vote marks the first major test of labor rules under the United States-Mexico-Canada Agreement (USMCA), a regional trade deal that replaced NAFTA and aims to foster stronger unions and boost wages in Mexico, in part to reduce incentives for U.S. companies to move jobs south of the border.

GM’s plant in Silao, Guanajuato, is a linchpin of its North American truck strategy. It produced over 339,000 Chevrolet Silverado and GMC Sierra full-sized pickups in 2019, more than a third of the company’s total of 906,000.

After an initial vote in April at the Silao plant was marred by problems, including spoiled ballots, the United States lodged a complaint under the USMCA’s “rapid response mechanism.”

Mexico agreed to repeat the vote in the presence of independent observers and other safeguards.

“Now, with the new treaty, I think we can improve our work conditions,” said Mari, 32, who asked not to disclose her full name for fear of reprisals.

She takes home about 2,300 pesos ($115.63) a week to support her parents and daughter, and sometimes works side jobs to make ends meet.

The Miguel Trujillo Lopez union that administers the GM Silao contract said it was committed to improving worker rights and ensuring a fair vote.

“We have to look after transparency, certainty and safety so that our workers vote freely,” said Tereso Medina, head of the union, which is part of one of Mexico’s largest labor organizations, the Confederation of Mexican Workers (CTM).

GM said it would be neutral and respectful of the vote’s outcome.

“We are working with both the U.S. and Mexico in support of the shared goal to protect workers’ rights,” the company told Reuters.

If GM does not comply with USMCA’s labor enforcement tools, it could face 25% tariffs on its Silao-made pickups.

Esteban Martinez, a labor ministry official overseeing Mexico’s implementation of a sweeping labor reform, said GM since April has been more active in ensuring a fair vote, which is required as part of a national effort to eliminate sweetheart contracts between business-friendly unions and companies.

As well as distributing copies of the union contract and 7,000 educational flyers prepared by the Labor Ministry, GM crafted a schedule to let all employees vote during their work hours, allowed observers into the plant and has aimed to make sure managers do not try to sway workers, Martinez said.

“They are putting their executives under the magnifying glass to make sure the non-union managers do not get involved in the process,” Martinez said.

Other companies are taking a cue from GM and ramping up efforts to ensure fair votes without union or company interference, Martinez said, noting “a change in attitude.”

U.S. congressman Bill Pascrell, a Democrat and union advocate, said GM’s response was encouraging. He also warned other companies that they could also face scrutiny if they did not improve their practices.

“This case is a barometer for how industry can come to respect the rights of labor,” he said.

The Miguel Trujillo Lopez union was accused by some workers, activists and experts of deliberately interfering to halt the April vote after realizing it was headed for defeat.

The union has denied intervening, and the labor ministry has not concluded who was responsible for what it described as “serious irregularities.”

This time, the union will store and count the ballots once the vote concludes Wednesday night under the watch of observers from the United Nations’ International Labour Organization (ILO) and Mexico’s National Electoral Institute (INE).

Both groups, along with federal labor officials, have been posted inside the plant in recent weeks to interview workers and collect complaints as part of a remediation plan agreed by Mexico and the United States.

Several workers said their presence has helped limit pressure from union representatives to vote to keep the contract, although some are still skeptical that the union can be trusted to organize a ballot in which it has a vested interest.

Workers from both camps have done grassroots campaigning to push for either a “yes” or “no” vote, ranging from phone calls, social media posts and workers over the weekend driving through residential neighborhoods bordering Silao with a loudspeaker blaring “Vote ‘no’ to the CTM contract, so we can defend our dignity as workers.”

Two others who spoke to Reuters noted indecision among some colleagues who are unsure of what they could gain by voting “no” without another union standing by to negotiate a new deal.

But Juan, a father of three with 11 years on the job, said his decision to vote against the union was clear.

“With what we make here, it’s not enough,” he said.