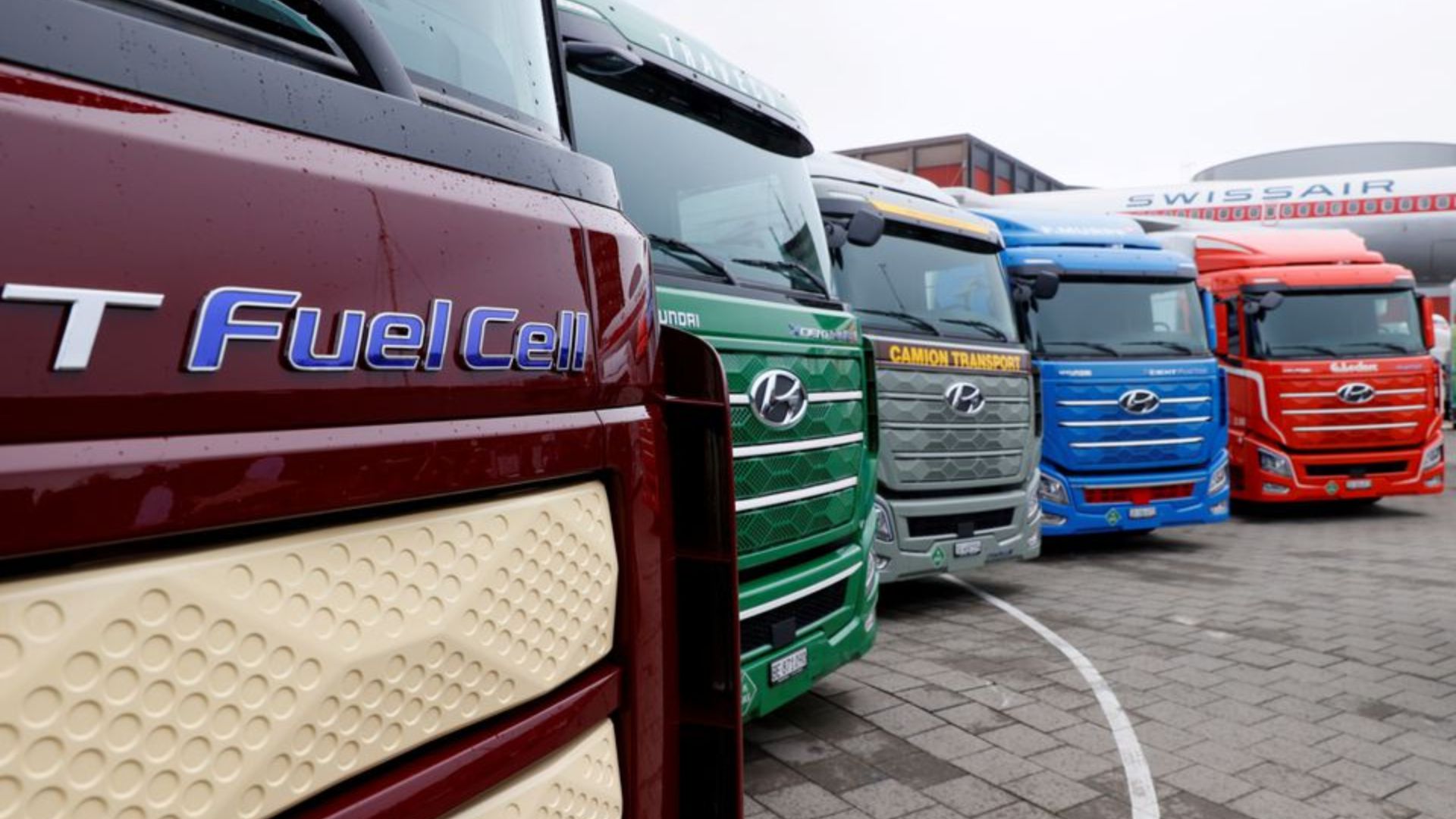 South Korea’s Hyundai Motor (005380.KS) plans to ship a new series of fuel-cell trucks to Europe later this year, turning up the heat on rivals in a battle to test the viability of hydrogen-powered heavy goods transport.

A new class of the Xcient Hyundai truck, equipped with more efficient fuel cells with longer life-span, is due to arrive in Europe in the fourth quarter, said Mark Freymueller, CEO of Hyundai Hydrogen Mobility (HHM).

Hydrogen lags electric batteries in the green transport stakes because it is more expensive, but proponents say for long-haul transport hydrogen-powered trucks have the advantage because they have a greater range.

HHM, a joint venture between Hyundai and Swiss hydrogen company H2 Energy, has been renting out “green” hydrogen trucks to commercial clients in Switzerland since last October in the world’s most advanced pilot in the field.

HHM plans to go into other European countries next year. “Germany and the Netherlands are the most likely,” Freymueller told Reuters, adding there was also interest for pilots from Austria, Norway, France, Italy, Spain and Denmark.

Hyundai’s latest push will put more pressure on local players, which are developing their own hydrogen plans.

Hydrogen has come into the spotlight in Europe, where EU environment ministers want truck CO2 emissions cut by a third by 2030 from 2019 levels, threatening potential diesel bans and higher taxes but promising up to 75% of lower road tolls for greener vehicles.

A study by consultancy Berylls Strategy Advisors reckons that by 2030, 25% of new truck sales in Europe will be battery powered and 10% fuel cell. But the ratio could change if green hydrogen is scaled up, it said.

Hyundai chose Switzerland for its pilot on the basis of benign regulation, environmentally conscious customers and reliable hydropower, which accounts for 58% of the country’s power mix. Local road tax is waived for no-carbon vehicles while fossil fuel ones pay around 800 euros ($977) for each tonne of CO2 they emit.

“Anyone wanting to see how fuel cell technology works on the road should go to Switzerland,” said Steffen Stumpp, head of the business unit commercial vehicles at Berylls.

Initial customer feedback on Hyundai’s pay-per-use pilot seems positive. Drivers at grocery chain Coop (BELL.S) like the similar payload to diesel trucks and with only a few minutes of refuelling, a spokeswoman said.

“There was no need to change my driving style,” Nadine Sigrist, a driver for retailer Migros in the Zurich region, said “What was new for me was the huge acceleration and the quiet engine.”

As more Hyundai trucks arrive, Swiss power utility Alpiq (ALP.SG) is planning to ramp up its electrolysis capacity at Niedergoesgen where it produces green hydrogen that is then transported on trucks as gas to filling stations.

“We will go from 2 megawatts in the direction of double-digit, or 5-10 megawatts,” said Amedee Murisier, head of hydropower generation at Alpiq and board member of Hydrospider, a Swiss green hydrogen joint venture between Alpiq, gases group Linde (LIN.N) and H2 Energy.

McKinsey expects hydrogen for fuel cell electric vehicles to achieve break-even with diesel only in 2028 at the earliest, but carmakers are pushing ahead with plans, albeit at different speeds.

Nikola and Iveco say they will produce a fuel cell electric vehicle by 2023, putting them two years ahead of Volvo and Daimler Truck, which are muscling in but will not have test trucks for three and a half years. read more

“Nikola’s timeline is significantly ahead of Daimler/Volvo,” said Stumpp. “Hyundai will be neck on neck with Nikola/Iveco if they offer the Xcient in other European markets.”

Daimler Truck chief executive Martin Daum said that a hydrogen fuelling network needed to be in place first before fuel cell trucks would find buyers, which would take years to develop, so they were timing their moves in line with the infrastructure. read more

Truckmaker Paccar’s (PCAR.O) DAF is also in the game, but its priority is battery electric vehicles, where Nikola is also active and plans market entry in fourth quarter 2021.

Traton (8TRA.DE), the truck division of Volkswagen (VOWG_p.DE), recently said that only the battery route had been chosen by its MAN (MANG.DE) and Scania units.

“Hydrogen trucks have a decisive disadvantage. Only a quarter of the original energy goes into propulsion, three quarters are lost through conversion,” Traton CEO Matthias Gruendler and alternative drivetrains specialist Andreas Kammel wrote in a column in newspaper Handelsblatt.

“With e-trucks, the ratio is the other way around,” they said.

Traton has left the door ajar by raising its investment in truck maker Navistar that is developing fuel cells in the Americas. read more

On the automotive supply front, companies are hedging their bets.

Bosch (ROBG.UL), a fuel cell proponent, has entered into a joint venture with China’s Qingling Motors (1122.HK) to supply fuel cell systems for 2022/2023.

Elringklinger (ZILGn.DE) and Mahle, too, are also working on fuel cell technology.

“That’s why we are investing in the electric vehicle drivetrain components, because we think those will be maturing too, and they will be key to both fuel cells and batteries.”