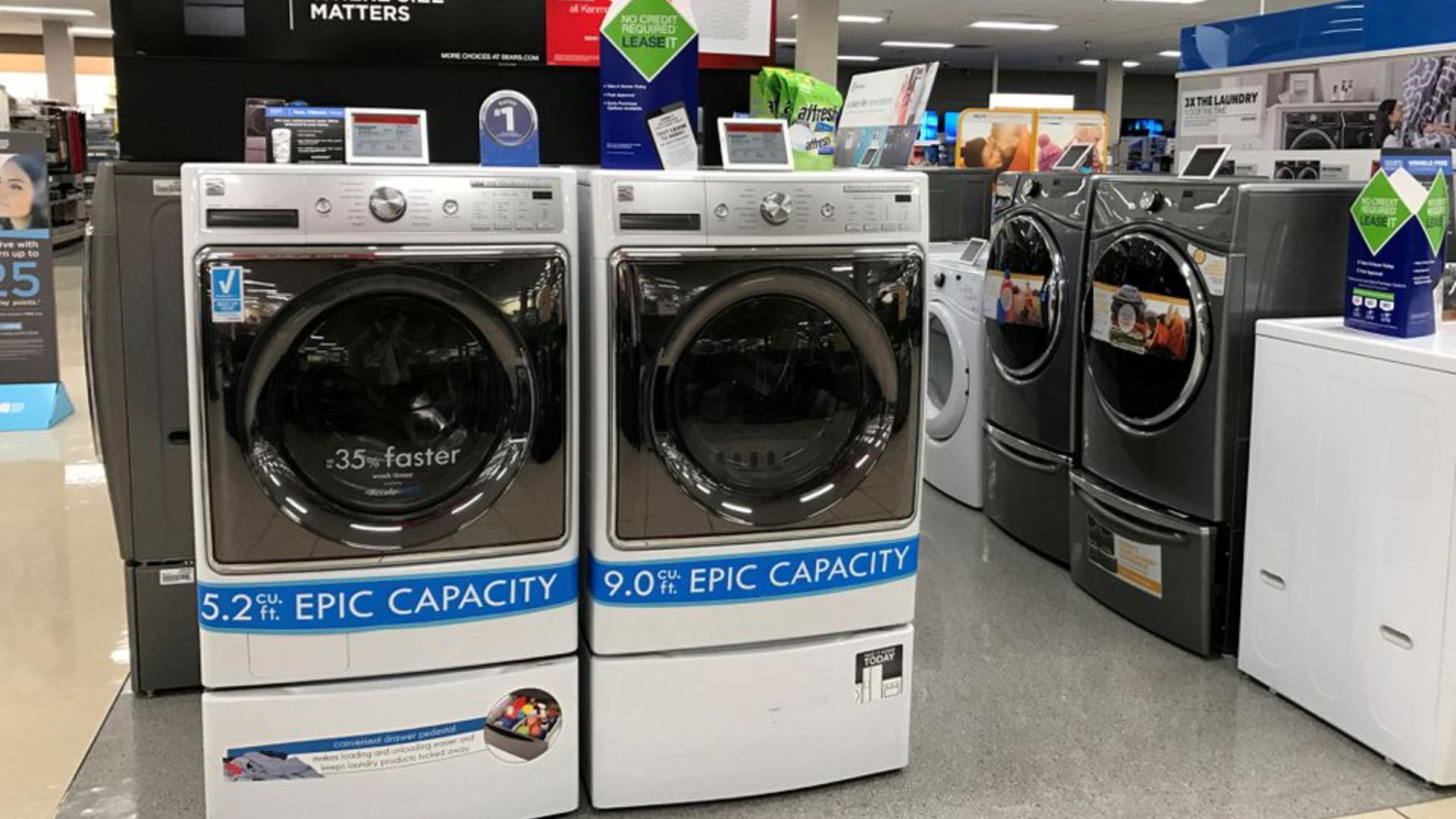 CHICAGO, June 23 (Reuters) – In 2018, Whirlpool Corp (WHR.N) swung to a loss after a tariff-fueled rally in U.S. steel prices drove up its raw-materials costs.

This year, it is paying $1 billion for steel and other materials, but the West Michigan appliance maker is on track to post its highest profit in decades.

The difference? Booming demand, spurred by nearly $6 trillion in pandemic stimulus from Washington – more than the country’s World War Two budget – and consumers flush with savings.

With so much money coursing through the economy at a time when the pandemic-induced disruptions have constrained supplies and prevented a build-up in inventories, companies are able to charge higher prices without hurting sales.

Whirlpool has raised prices by as much as 12% this year in various markets to compensate for increased raw-material costs. Many other manufacturers that make goods ranging from heavy equipment to SUVs are using a similar playbook.

It helps explain why corporate profits have soared to the highest level in a decade, even though factories across the United States are starved of components and prices for everything from steel to oil to labor and computer chips are surging.

An analysis by Bank of America Corp (BAC.N) shows S&P 500 (.SPX) companies surpassed analysts’ profit expectations in the first quarter by the biggest margin in history even as “inflation” found more mentions on earnings conference calls than at any time since 2011.

“We’re in this weird market where there’s a shortage of everything,” said Stephen Volkmann, an analyst at Jefferies. “When you’re in that sort of shortage situation … you’re willing to pay more.”

Soaring prices are testing the U.S. Federal Reserve’s jobs-first monetary policy as inflation is now projected to exceed its 2% target by a wide margin this year and remain slightly elevated for the next two years. The Fed, however, still attributes the run-up in prices to “transitory” factors.

A sharp correction in lumber prices has raised hopes that other commodities would follow a similar trajectory once demand and supply start to rebalance. Raw-materials producers, however, say a roaring economy will keep prices relatively high.

The current economy fulfills, almost too well, the ubiquitous dream of manufacturers – a world in which supply and demand are finely balanced so that prices always stay firm and sales do not collapse.

For manufacturers serving the Big Six appliance categories – washers, dryers, dishwashers, refrigerators, freezers and ranges and ovens – demand is the strongest in at least 12 years, according to data from the Association of Home Appliance Manufacturers (AHAM).

But it is taking appliance makers at least two to three months to fill new orders because steel, semiconductors and resins are in short supply, said Kevin Messner, head of AHAM’s government relations and policy.

Whirlpool’s average order backlog is about six to seven weeks, compared with one to two weeks normally. The company did not respond to requests for an interview. But Chief Executive Marc Bitzer told investors in late April that the order backlog would remain elevated because of “unconstrained” consumer demand and restricted access to components.

Data from Goldman Sachs shows the average discount on appliances around Memorial Day weekend this year was just 7%, lower than 19% a year ago. Whirlpool was the least promotional, with discounts of only 2%, down from 9% a year ago, the data showed.

The price cuts are expected to be equally modest for the Fourth of July holiday, according to sales executives at Home Depot (HD.N) and Best Buy (BBY.N) stores in Chicago.

“Prices have gone up and some items are out of stock,” said one of the sales executives.

The benefit to corporate profits from what amounts to a double-digit price hike is “fantastic,” said David MacGregor, president at Longbow Research LLC.

In the auto industry, too, reduced production due to shortages of semiconductors has resulted in the lowest levels of unsold cars and trucks on dealer lots in years, according to consulting firm AlixPartners.

In response, discounts as a percentage of a vehicle’s price were slashed to less than 8% in May from more than 12% in early 2020, AlixPartners said. And the average prices have gone up globally by nearly $1,700 a vehicle, offsetting much of automakers’ cost increases.

Both General Motors Co (GM.N) and Ford Motor Co (F.N) have raised their profit outlook – a contrast from 2018 when higher steel prices hurt their earnings.

In the heavy farm and construction machinery industry, companies say customers already are placing orders for next year to try to beat the price and delivery crunch.

Industry sales of construction machines in North America are projected to be up 25% this year. The sales are expected to grow next year as well on the back of a buoyant housing market and higher infrastructure spending.

Stephen Roy, head of sales in the Americas for Volvo AB (VOLVb.ST), says the company is prioritizing orders from customers over those meant to replenish inventories at dealerships. Supply bottlenecks have tripled the lead times for its products.

The company is facing intense cost pressure, but customers have been willing to accept higher prices.

“They seem to be able to pass along price increases to their customers,” he told Reuters. “So far, we don’t hear any concerns from our customers.”

To be sure, not all companies are able to flex their pricing-power muscle.

Take Pennsylvania-based startup Optimus Technologies. The biodiesel engine maker is grappling with higher raw-material costs, but has been unable to fully pass them along to its customers.

Chief Executive Colin Huwyler says his company needs to be cost-competitive to increase its market share. “We have some unique challenges that maybe an OEM manufacturer would not have,” he said.
Reporting by Rajesh Kumar Singh in Chicago Editing by Joe White and Matthew Lewis