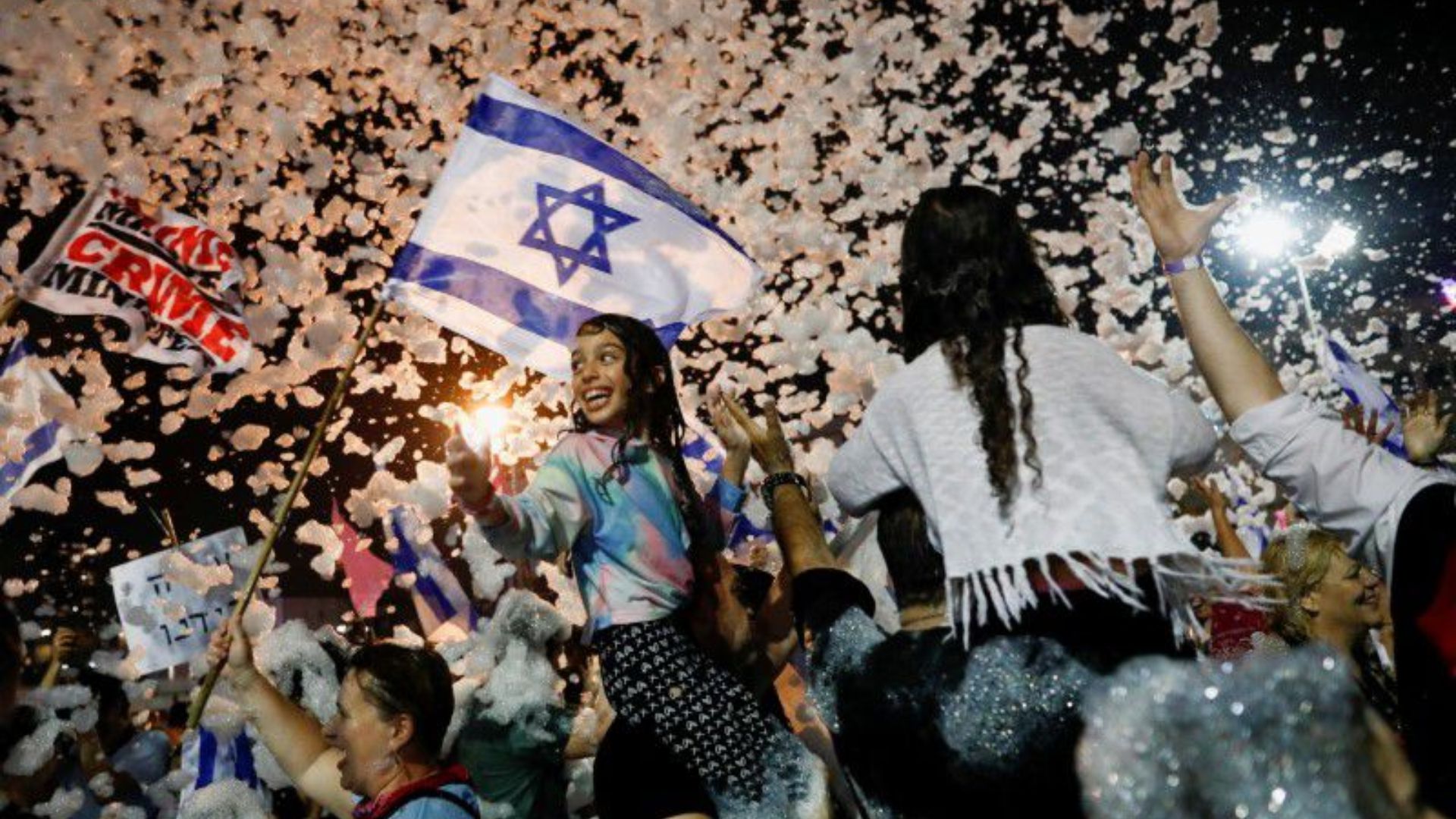 Minutes after meeting Bennett, Netanyahu repeated a pledge to topple the new government approved on Sunday by a 60-59 vote in parliament.

“It will happen sooner than you think,” Netanyahu, 71, who spent a record 12 straight years in office, said in public remarks to legislators of his right-wing Likud party.

Formation of the alliance of right-wing, centrist, left-wing and Arab parties, with little in common other than a desire to unseat Netanyahu, capped coalition-building efforts after a March 23 election, Israel’s fourth poll in two years.

Instead of the traditional toasts marking Bennett’s entry into the prime minister’s office, Netanyahu held a low-key meeting there with the former defence chief, who heads the nationalist Yamina party, to brief him on government business.

The government was already facing a sensitive decision over whether to approve a flag-waving procession planned for Tuesday by Jewish nationalists through the Muslim quarter of Jerusalem’s Old City.

Palestinian factions have called for a “day of rage” against the event, with memories of clashes with Israeli police still fresh from last month in contested Jerusalem’s Al-Aqsa Mosque compound and in a neighbourhood of the city where Palestinians face eviction in a court dispute with Jewish settlers.

“This is a provocation of our people and an aggression against our Jerusalem and our holy sites,” Palestinian Prime Minister Mohammad Shtayyeh said.

The Hamas Islamist movement that rules the Gaza Strip warned of the possibility of renewed hostilities if the march goes ahead, less than a month after a ceasefire ended 11 days of cross-border hostilities with Israeli forces.

A route change or cancelling the procession could expose the Israeli government to accusations from its right-wing opponents of giving Hamas veto power over events in Jerusalem.

Israeli police were due to present their route recommendations to government officials on Monday.

“The main thing is to consider what’s the right thing to do at this time,” he told Israel’s Kan radio.

Palestinians want East Jerusalem, which includes the Old City, to be the capital of a state they seek to establish in the occupied West Bank and Gaza.

Israel, which annexed East Jerusalem in a move that has not won international recognition after capturing the area in a 1967 war, regards the entire city as its capital.

With any discord among its members a potential threat to its stability, Israel’s new government had hoped to avoid hot-button issues such as policy towards the Palestinians and to focus on domestic reforms and the economy.

“I think the milestone to look out for is the budget,” said Yohanan Plesner, president of the Israel Democracy Institute. “If within 3-4 months this government will pass the 2021-22 budget then we can expect this government to serve for at least two or three years. Otherwise, the instability will continue.”

Palestinians held out scant hope of a breakthrough in a peace process leading to a state of their own. Talks with Israel collapsed in 2014.

“We don’t see the new government as less bad than the previous ones,” Shtayyeh told the Palestinian cabinet.

Under the coalition deal, Bennett, a 49-year-old Orthodox Jew and tech millionaire who advocates annexing parts of the West Bank, will be replaced as prime minister in 2023 by centrist Yair Lapid, 57, a former television host.

Lapid, widely regarded as the architect of the coalition that brought down Netanyahu, is now foreign minister. read more