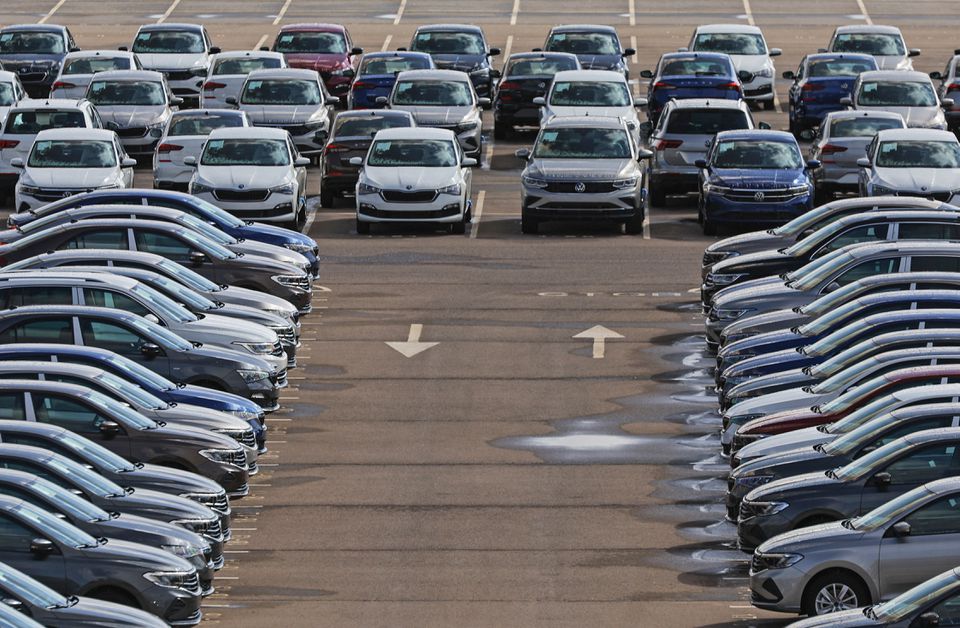 April 5 (Reuters) – Thousands of auto workers have been furloughed and food prices are soaring as Western sanctions pummel the small Russian city of Kaluga and its flagship foreign carmakers, with more sanctions likely to come.

The Kaluga region, 190 kilometres (120 miles) southwest of Moscow, says it has attracted more than 1.3 trillion roubles ($15 billion) in investment, mostly foreign, since 2006.

A third, the PSMA Rus plant that is a joint venture between Stellantis (STLA.MI) and Mitsubishi (7211.T) and employs 2,000, may halt production soon due to a lack of parts, Stellantis’ chief executive said last Thursday. read more

“It is not clear what will happen. They don’t give us any concrete information,” said Pavel Terpugov, a welder at the PSMA Rus plant.

Terpugov said he needs twice as much money to buy groceries than before the sanctions. Analysts have forecast Russian inflation could soar to 24% this year, while the economy may shrink to 2009 levels.

The United States and Europe are weighing more sanctions against Russia after Ukraine accused Russian forces of civilian killings in northern Ukraine, where a mass grave was found in Bucha, outside Kyiv. read more

Russia calls its actions in Ukraine a “special operation” and the Kremlin categorically denied any accusations related to the murder of civilians, including in Bucha.

One source of hope for some in Kaluga, with its 325,000 residents, is the West may be reluctant to hurt its own companies.

“We hope to return to work as soon as possible and everyone will have confidence in the future again,” Uglov said.

Even before the sanctions, Russian car sales had contracted from 2.8 million units from when the Volkswagen factory opened in 2007 to 1.67 million units last year, damaged by both sanctions after the 2014 annexation of Crimea and the COVID-19 pandemic.

Some factories cut output last year due to disruptions caused by the pandemic.

“We have had similar furloughs at the factory… but now, of course, the situation is different, more serious,” said Alexander Netesov, a warehouse foreman at the Volkswagen plant. “But we are waiting anyway, we are not losing hope,” he said.

In a sign of the squeeze workers are feeling, Netesov said a new Polo car he ordered with a factory discount had increased in price by 20% since his pre-order.

Others in the city, which also boasts production by pharmaceutical and food companies as well as Samsung televisions (005930.KS), derive optimism from the fact that almost every crisis that has ravaged the Russian economy over the past two decades has been followed by a boom.

“I hope, we all hope, that in the near future everything will stabilize,” said Angelina Minnigulova, a marketing executive at Volkswagen dealer KorsGroup, which has seen a fall in demand as car prices soar.