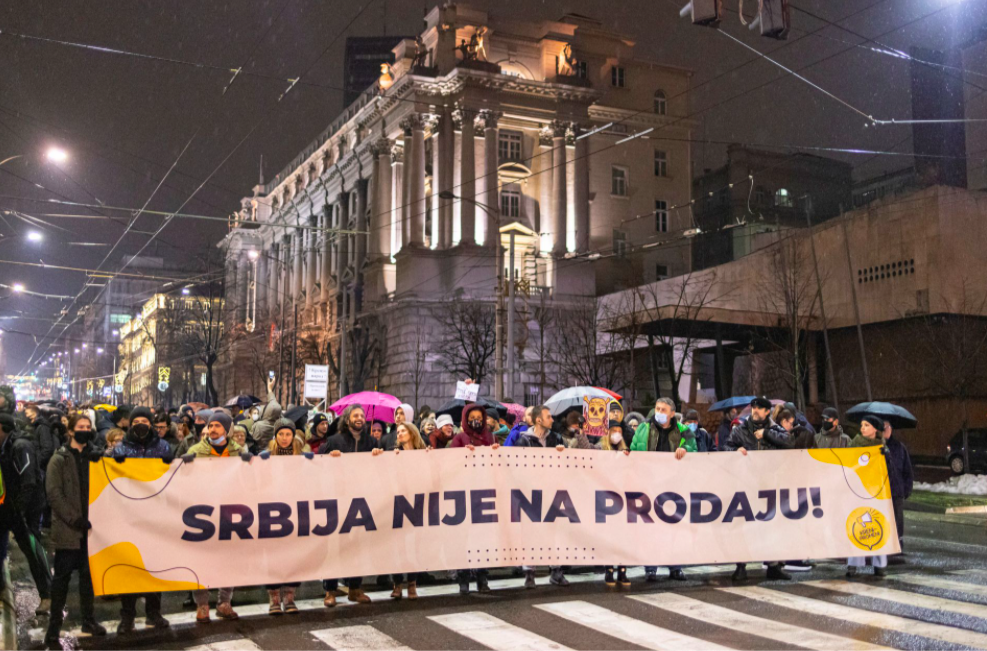 Environmentalists, though, having scored a victory after the government bowed to pressure and revoked Rio’s lithium exploration licences on Thursday, are now demanding a moratorium on lithium mining before expected elections in April to ensure the decision is not reversed afterwards.

Zorana Mihajlovic, Serbia’s mining and energy minister, said late on Friday that Belgrade acted to fulfil the requests by various green groups to halt the Jadar lithium project, but accused them of injecting politics into environmental issues.

“The government showed it wanted the dialogue … (and) attempts to use ecology for political purposes demonstrate they (green groups) care nothing about the lives of the people, nor the industrial development,” Mihajlovic told reporters.

The country’s populist ruling coalition, led by the Serbian Progressive Party (SNS), has come under fire for backing lithium and copper mining, eroding the comfortable majority won in a 2020 vote.

The decision is a major setback for Rio, which was hoping the project would help make it one of the world’s 10 biggest producers of lithium. China is the world’s largest consumer and processor of the metal, and various European countries have been working to boost their own output.

Rio last month said it would buy a second lithium asset for $825 million in Argentina, as it looks to build its battery materials business.

The European Battery Alliance, a network of electric vehicle supply chain companies formed by Brussels, said the Jadar project “constituted an important share of potential European domestic supply.” Serbia is not a member of the EU, though it hopes to join the bloc in coming years.

“It would have contributed to support the growth of a nascent industrial battery-related ecosystem in Serbia, contributing to a substantial amount to Serbia’s annual GDP,” the alliance said in a statement.

Rio’s shares in Australia closed down 4.2% on Friday. While in London, Rio’s shares ended down 2.2%.

Thousands of Serbians blocked roadsin protests against the government’s backing of the project in recent months, demanding Rio leave the country and forcing the local municipality to scrap a plan to allocate land for the facility.

More protests are scheduled for Saturday in the town of Loznica in western Serbia where the mine was to be built, said Ljiljana Bralovic, one of the protest leaders.

“We want not only to see Rio Tinto out (of Serbia), we also want a permanent ban on the exploitation of lithium and borates,” Bralovic said.

Aleksandar Jovanovic Cuta, another protest leader, said green groups would prevent any future government’s attempt to negotiate a new deal with Rio Tinto after the elections.

“Anyone who tries to do that is crazy, all of Serbia would pour to the streets,” he said.

On Thursday, Rio said it was “extremely concerned” by Serbia’s decision and was reviewing the legal basis for it.

Relations between Belgrade and Canberra have soured after Sunday’s deportation of Serbian tennis star Novak Djokovic from Australia over its COVID-19 entry rules.

Djokovic spoke out in support of “clean air” in a December Instagram story post captioning a picture of the anti-mining protests, which was published by The Bridge, a digital sports platform.

Rio has already spent $450 million in pre-feasibility, feasibility and other studies on Jadar to understand the nature of the deposit, the company said in a project fact sheet in July.

“The level of opposition to it has really ratcheted up over the last six months,” Credit Suisse analyst Saul Kavonic said of the Jadar mine.

“We’ve been highlighting for a while now there would be about $2 a share at risk if the government cancels it.”

At full capacity, the Jadar mine was expected to produce 58,000 tonnes of refined battery-grade lithium carbonate a year, making it Europe’s biggest lithium mine by output.

Experts said the world’s shortage of lithium had been forecast to last for another three years at least, but with the cancellation of the Jadar project, the shortfall would be exacerbated. read more

“We’re at the point now where lithium supply is going to set the pace of electric vehicle rollout,” Kavonic said.

Lithium futures , which started trading on the CME in May last year, have jumped 171% to a record high of $38/kg on Thursday, according to Refinitiv data. 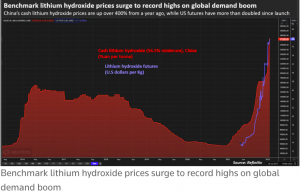