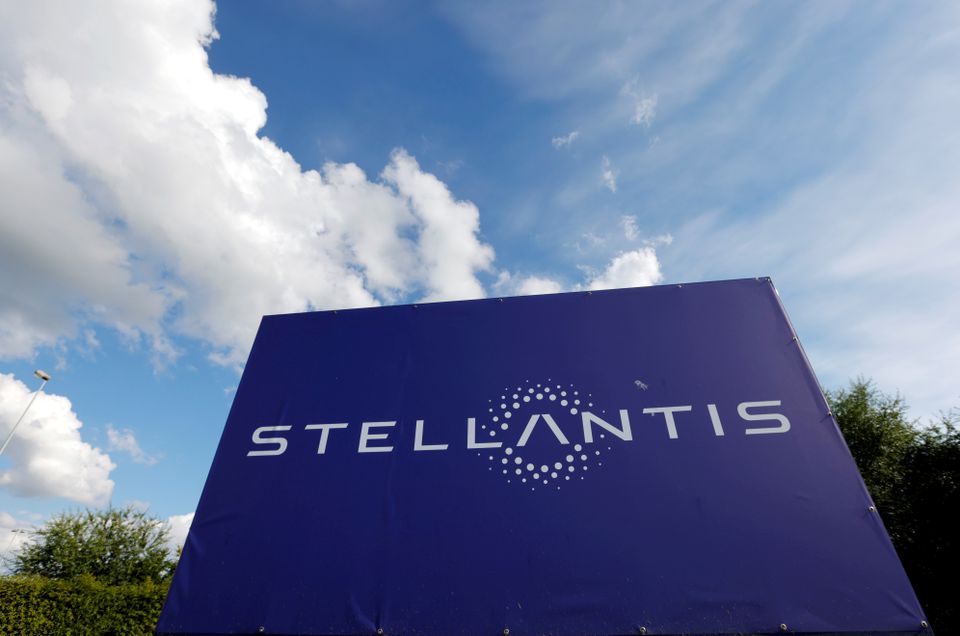 By Gilles Guillaume and Giulio Piovaccari

AMSTERDAM, March 1 (Reuters) – Stellantis (STLA.MI) aims to double revenue to 300 billion euros ($335 billion) a year by 2030 and keep profit margins high, as it steps up efforts to roll out electric versions of its cars, profitable Jeep SUVs and RAM pickup trucks.

The world’s No.4 carmaker said in a strategy update on Tuesday it would have 75 battery electric vehicle (EV) models on the market and sell five million EVs a year by 2030.

Like other major carmakers, Stellantis faces major challenges in turning its product range from traditional combustion engines to zero-emission models and developing self-driving technology, all while fighting for market share with Tesla Inc (TSLA.O) and a number of other electric-only startups.

“We are proud to be a legacy automaker,” Chief Executive Carlos Tavares said during a presentation to analysts and reporters in Amsterdam. “Being a legacy automaker shows our ability to design and produce safe products at scale.”

“Others still have to prove it,” he added.

Stellantis, born last year from the merger of Fiat Chrysler and Peugeot maker PSA, said it would adopt an “asset-light” model for its lagging Chinese business – keeping only one fully-owned plant and opening up other manufacturing capacity to third parties to lower fixed costs.

It is aiming for Chinese revenues to reach 20 billion euros by 2030. Revenues for “China, India and Asia Pacific” totalled 3.9 billion euros last year.

Still, that would mean less than 7% of the group’s total revenues expected in 2030 from the world’s largest car market.

The carmaker expects EVs to make up 100% of its sales in Europe and 50% in the United States by 2030, all while expanding in hydrogen fuel cells for vans and heavy-duty trucks, investing in EV software and using its partnership with Alphabet’s Waymo to develop self-driving delivery vehicles.

“We are moving, and moving fast, to become a mobility tech company,” Tavares said.

It is targetting revenues from its new data business, an increasingly important growth area for automakers, to reach 9 billion euros by the end of the decade, with a gross margin of up to 70%.

The carmaker expects to hit a target of 5 billion euros of synergies from its founding merger by the end of 2024, one year earlier than previously targeted.

It also expects a third of its sales to be online by 2030 and for revenue from luxury and premium car sales to quadruple by then. It aims to cut carbon emissions by 50% from 2021 levels by the start of the next decade.

Earlier in the day, Tavares announced the creation of a task force to conform with sanctions against Russia and monitor its staff in Ukraine.

Tavares said he hoped very soon to announce a deal with the Italian government on a battery plant the group wants to build in the country, after Rome pledged last month to support it with 369 million euros of public money.

The battery plant in Termoli, southern Italy, would be Stellantis’ third in Europe, after ones previously announced in France and Germany, and would be converted from an existing combustion engine plant.

Tavares said he did not expect the global semiconductor chip shortage that has caused carmakers worldwide to slash production to end in 2022.