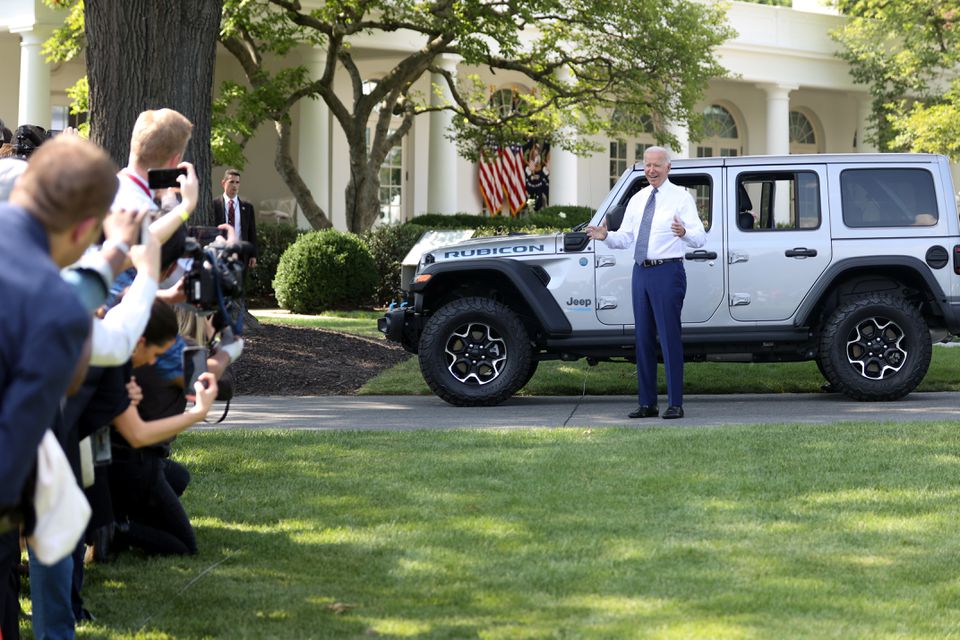 WASHINGTON/DETROIT, Dec 8 (Reuters) – The U.S. government plans to end purchases of gas-powered vehicles by 2035 in a move to lower emissions and promote electric cars under an executive order signed by President Joe Biden on Wednesday.

The government owns more than 650,000 vehicles and purchases about 50,000 annually. Biden’s executive order said that light-duty vehicles acquired by the government will be emission-free by 2027.

Total federal government operations will reduce emissions by 65% by 2030 under the plan. The government will seek to consume electricity only from carbon-free and non-polluting sources on a net annual basis by 2030 and have net-zero emissions by 2050.

The order noted the U.S. government is “the single largest land owner, energy consumer and employer in the nation” and can transform “how we build, buy and manage electricity, vehicles, buildings and other operations to be clean and sustainable.”

The new policy allows some exceptions for military and space vehicles.

Dan Becker, director of the Safe Climate Transport Campaign at the Center for Biological Diversity, said Biden should move faster. “Waiting 14 years to do it is an awfully long time when we have some electric vehicles already and companies are trying to decide now whether to make just promises or actually make electric vehicles,” Becker said.

Biden has resisted calls to endorse California’s plan to end the sale of new light-duty gas-powered vehicles by 2035.

Biden wants Congress to approve up to $12,500 in tax credits for electric vehicle purchases, including $4,500 for buyers of union-made EVs, but that faces resistance from foreign automakers.

Biden in August launched a plan to make half of all new U.S. vehicles electric in 2030. That included plug-in hybrid-electric models that also have gasoline engines.

The 50% target, which is not legally binding, won the support of U.S. and foreign automakers, which said that achieving it would require billions of dollars in government funding.