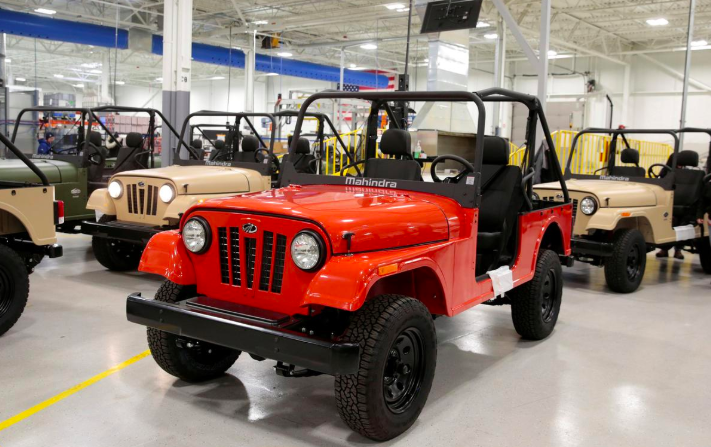 DETROIT (Reuters) – A U.S. regulator said it will review part of a recommendation made last fall that India’s Mahindra and Mahindra Ltd infringed upon the intellectual property rights of Fiat Chrysler Automobiles’ Jeep SUV design.

The International Trade Commission (ITC) on Wednesday said it would review an administrative law judge’s initial determination last November that Mahindra’s Roxor off-road utility vehicle infringed on the “trade dress” of FCA’s Jeep. The judge recommended the commission bar entry of Mahindra vehicles or parts that infringe and issue a cease-and-desist order.

Trade dress consists of the unique characteristics that make a product stand apart and is generally accepted as identified with that product by the public. For example, FCA sees Jeep’s grille and round headlights as distinct to the brand.

The commission, which in September 2018 initially opened its investigation, said on Wednesday it is targeting completion of the inquiry by March 20.

If the ITC recommends a form of remedy, the U.S. Trade Representative would have 60 days to approve, disapprove or take no action on that determination.

Mahindra, which previously has called FCA’s claims without merit, on Thursday welcomed the commission’s review.

“We are optimistic that the ITC will in its review conclude that FCA did not establish previously unclaimed U.S. rights in trade dress and that there was no infringement of either trade dress or registered trademarks,” the company said in an emailed statement.

Mahindra said it has launched its model year 2020 Roxor with what it described as “significant styling changes” and said it would make additional changes if the ITC required it.

FCA was unconcerned the commission will overturn the judge’s initial recommendation.

“Review is a part of the commission process,” the Italian-American automaker said in an emailed statement on Thursday. “Based on the facts and law, FCA US remains confident the administrative law judge’s initial determination of violation by Mahindra will be adopted by the commission.”

The Roxor is assembled in Auburn Hills, north of Detroit, by Mahindra’s North American subsidiary.

Reporting by Ben Klayman in Detroit; editing by Jonathan Oatis