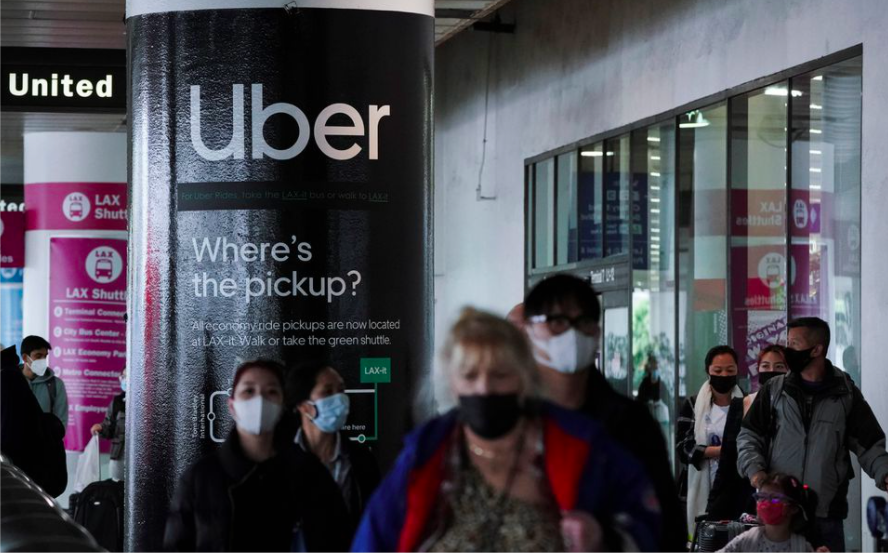 Uber told Reuters its new feature that launches Tuesday aims to alert riders to buckle up via a distinctive chime from the driver’s phone and a simultaneous push notification to the rider’s phone.

“The intent is really just to help remind riders that they should be buckling up – every seat, every time,” said Kristin Smith, Uber’s head of Global Road Safety Policy, who added the chime “sounds kind of like an airplane seat belt reminder.”

Uber wants riders to get in the habit of always buckling up. It plans to send riders push notifications at the start of their next five trips and then periodically thereafter.

Last week, the National Highway Traffic Safety (NHTSA) estimated that U.S. traffic deaths climbed 12% through the first nine months of 2021 to 31,720 – the highest number killed on American roads in that period since 2006.

The agency said previously of 22,215 passenger vehicle occupants killed in 2019, 47% were not wearing seat belts.

The Insurance Institute for Highway Safety found previously about 80% of people surveyed do not always buckle up during short trips or when traveling by taxi or ride-hailing service.

Mark Chung, vice president of roadway practice at the National Safety Council, noted that since 1975 seat belts are estimated to have saved more than 374,000 lives on U.S. roads. He praised Uber for “taking seat belt safety seriously with this new feature.”