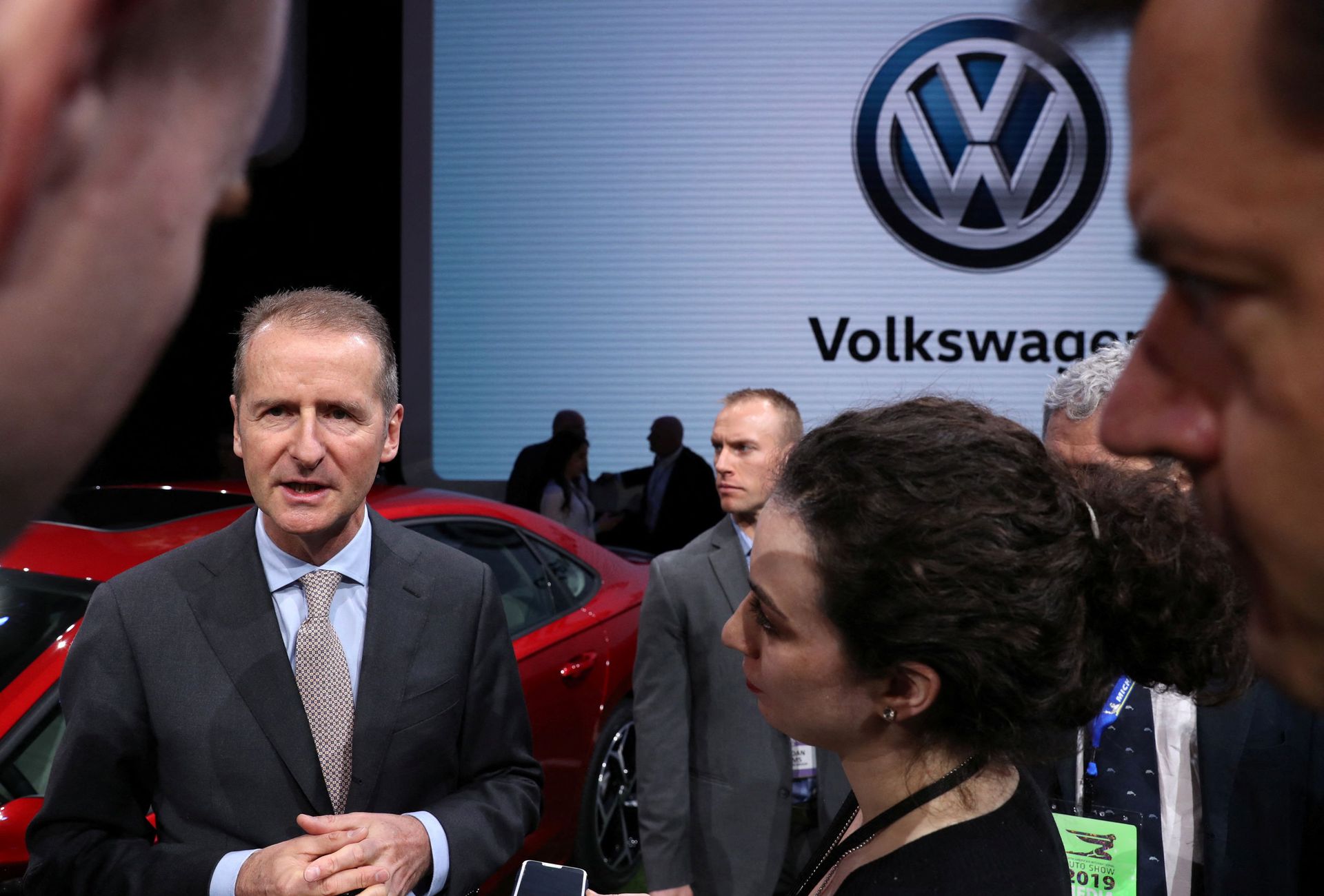 BERLIN, April 19 (Reuters) – Volkswagen (VOWG_p.DE) said on Tuesday that a new growth plan would aim to reduce its vulnerability to the effects of global conflicts, such as supply chain disruption and rising prices, by divesting more power to its regions and brands.

“The latest geopolitical changes and increased block-building have been exposing our global vulnerability, particularly with regards to the U.S.,” Volkswagen Chief Executive Herbert Diess said in a LinkedIn post.

Diess did not specify which political events he was referring to, but carmakers have been hit hard by Russia’s invasion of Ukraine as Western sanctions pushed up the price of energy and raw materials.

This has raised concerns over how the automaking industry would cope if escalating tensions with China also led to economic measures. read more

Volkswagen warned last week that it was feeling the impact of rising prices and supply chain bottlenecks, with deliveries in March down 37.3% from last year.

A shortage of wire harnesses produced in Ukraine delayed the launch of its electric ID.5 from April to May, and on-and-off lockdowns in China are hampering output at a time when the carmaker is attempting to drive up electric vehicle sales in the country. read more

Volkswagen’s Diess said the board saw boosting its China business, growing software division Cariad and reorganising its steering model as the most pressing issues facing the carmaker.

China accounts for around 40% of Volkswagen’s sales but the carmaker is far behind local competitors in the electric vehicle market, just missing its target of selling 80,000 to 100,000 electric cars in the country last year. read more

Volkswagen will release more details in coming weeks on exactly how responsibilities will be divided up, Diess said.

Diess first announced a reshuffling of responsibilities at Volkswagen last December, after weeks of clashes between the CEO and labour unions over his leadership. read more