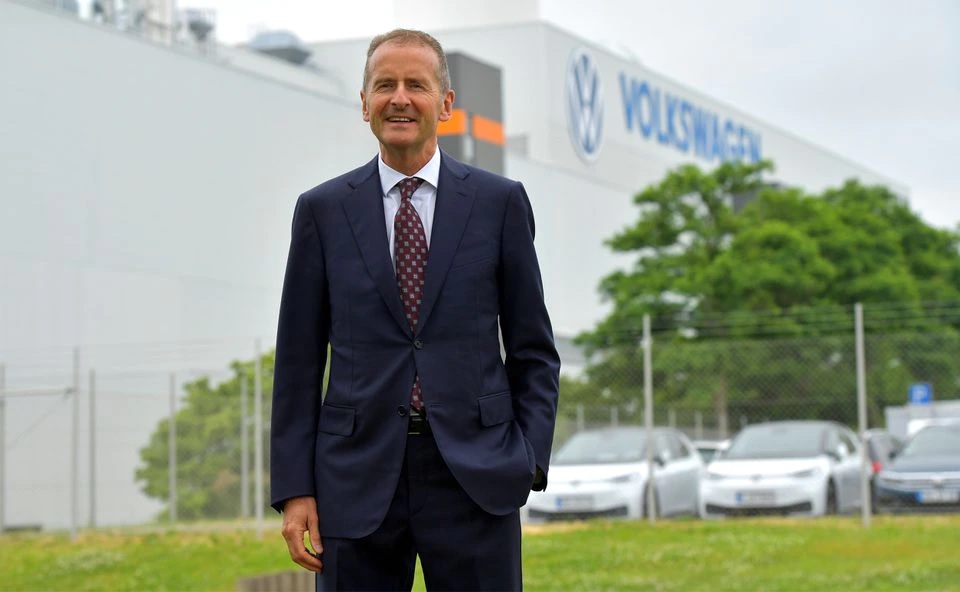 FRANKFURT, July 9 (Reuters) – Volkswagen (VOWG_p.DE) on Friday handed Chief Executive Herbert Diess a contract extension under which he will lead the carmaker until October 2025, the group said, a victory made possible by the recent departure of works council head Bernd Osterloh.

Reuters reported on Thursday that Volkswagen’s supervisory board was discussing a two-year extension to Diess’ contract, which would have expired in 2023, after two attempts last year failed over ongoing resistance by labour representatives. read more

By staying on until 2025 Diess will be able to see through an ambitious goal Europe’s largest carmaker has set itself by the middle of the decade, namely becoming the world’s leading electric vehicle player and overtaking key rival Tesla (TSLA.O).

The supervisory board, which approved the contract extension at a meeting on Friday, also received a presentation from management on the company’s new “Strategy 2030” to be made public next week.

“The Supervisory Board believes that under the leadership of Dr. Diess conditions will be optimal for the continued successful development of the entire company in the coming years as well, especially in view of Strategy 2030,” said VW chairman Hans Dieter Poetsch.

VW said the new strategy was focused on an “automotive industry shaped by e-mobility and software”. The board said it saw the strategy as “the basis for future growth”.

Since becoming CEO in April 2018, Diess has accelerated the pace of reform to raise margins, cut costs and get serious about software and battery cells – two major areas of future vehicle production where German carmakers lack expertise.

Osterloh, once Germany’s most powerful labour boss, had been Diess’ fiercest opponent and was at loggerheads with the 62-year old over his aggressive management style.

He left Volkswagen’s supervisory board earlier this year to join the management board of Volkswagen’s trucks unit Traton (8TRA.DE).