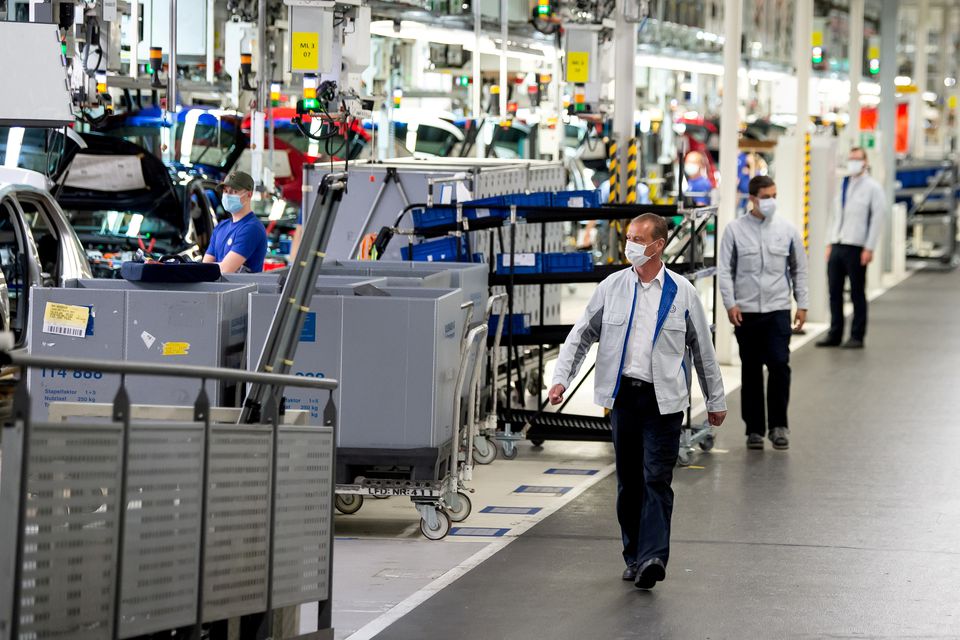 BERLIN, Oct 20 (Reuters) – Volkswagen (VOWG_p.DE) has produced just 300,000 cars at its main Wolfsburg plant so far this year, a company source with knowledge of the matter said, the lowest figure since 1958 and far behind its average output before the pandemic.

The plant, which makes cars from the Golf, Tiguan, and Seat brands among others, produced an average of 780,000 vehicles per year in the past decade and the company said in 2018 it aimed to boost this figure to a million.

But supply chain problems meant just under 500,000 vehicles made it off the assembly line in 2020. This year’s output, first reported by Die Zeit weekly, is set to be even lower as the chip crisis sets in.

Volkswagen has previously said it would have a production shortfall in the high hundreds of thousands due to a lack of semiconductors, a problem plaguing automakers worldwide which the company expects to last well into 2022.

A spokesperson said last week that discussions were underway to address the competitiveness of the Wolfsburg plant, which does not yet produce fully electric vehicles, particularly in the face of growing competition from new entrants such as Tesla (TSLA.O).

The comments followed reports that Volkswagen CEO Herbert Diess had said at a supervisory board meeting in September that a delay in the transition to electric vehicles could cost the company 30,000 jobs – one in four of its current employees.