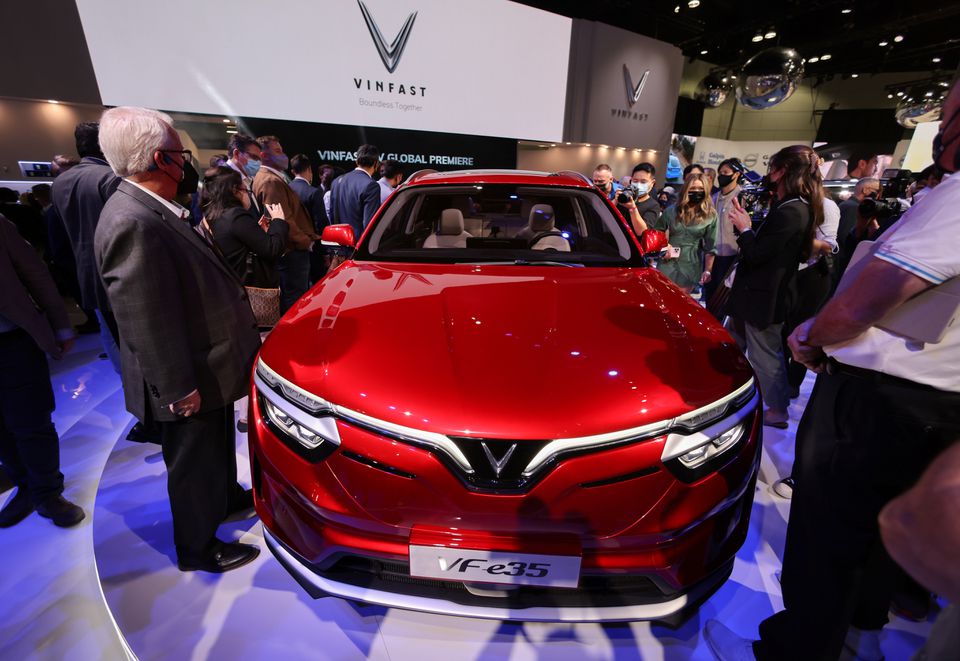 LOS ANGELES, Nov 18 (Reuters) – What a difference two years make. The 2019 Los Angeles auto show featured a parade of vehicle debuts, a flurry of press conferences and other events in the opening two days, along with hundreds of thousands of people eager to see new cars.

Fast forward to 2021. The Los Angeles Auto Show, the first major U.S. auto show since the start of the pandemic, kicked off on Wednesday with a single day of press events, withsome automakers even skipping the show.

The show illustrates how the pandemic has accelerated automakers’ shift toward the online world, as consumers buy more vehicles on the internet, though many still favor in-person visits.

The LA Auto Show opened to the public on Friday for 10 days. A smaller crowd waited for the doors of an exhibition hall to open, and visitors were spread out at convention halls.

“I would really like to see it with my own eyes instead of seeing it on the iPad all the time,” said Peter Borch, who flew from Denmark to see Fisker’s electric sport utility vehicle Ocean.

“The size is bigger than on the photo,” Borch, 52, said, saying he spent all of his pension to buy an Ocean, which will start deliveries late next year.

Dustin Haug, 47, a construction manager in Los Angeles, said, “It is nothing like seeing an actual car in person, touching, feeling.”

David Fortin, head of consumer marketing at Los Angeles Auto Show, told Reuters that although online reservations lag 2019 levels, they are “strong enough that we believe we’re going to have a great year.”

Honda (7267.T) and BMW (BMWG.DE) both skipped the show in favor of separate, earlier events. Honda showed off a reincarnation of its iconic Integra prototype sedan at a livestreamed event in Los Angeles about a week earlier.

“That was an event that was exclusively ours. We find that we don’t have to compete like you do on the press days of an auto show to get the attention,” Honda executive vice president Dave Gardner told Reuters on a Zoom interview.

“The pandemic has taught us that we can work differently. … There will be auto shows still in the future, but there’ll be also different types of presentations,” Karim Habib, head of Kia Design Center, told Reuters at the show.

Kia and affiliate Hyundai Motor <005380.KS> were among the few automakers that debuted electric SUV concepts at the show and flew in executives, including chief executives, from their Seoul headquarters to Los Angeles.

“Auto shows used to be very, very popular for automakers to make a big media splash. That has changed with social media and with other forms of access to the media by consumers,” Brett Smith, technology director at Center for Automotive Research, said. “I think the pandemic was maybe the last straw in this.”

Smaller companies see a positive side to the changes.

He said his Ocean SUV is a “sexy sports car” best seen in person. “I know I’m zoomed out. I don’t think I enjoy any more sitting just looking at computers and pictures. I want to see the real stuff,” Fisker said.