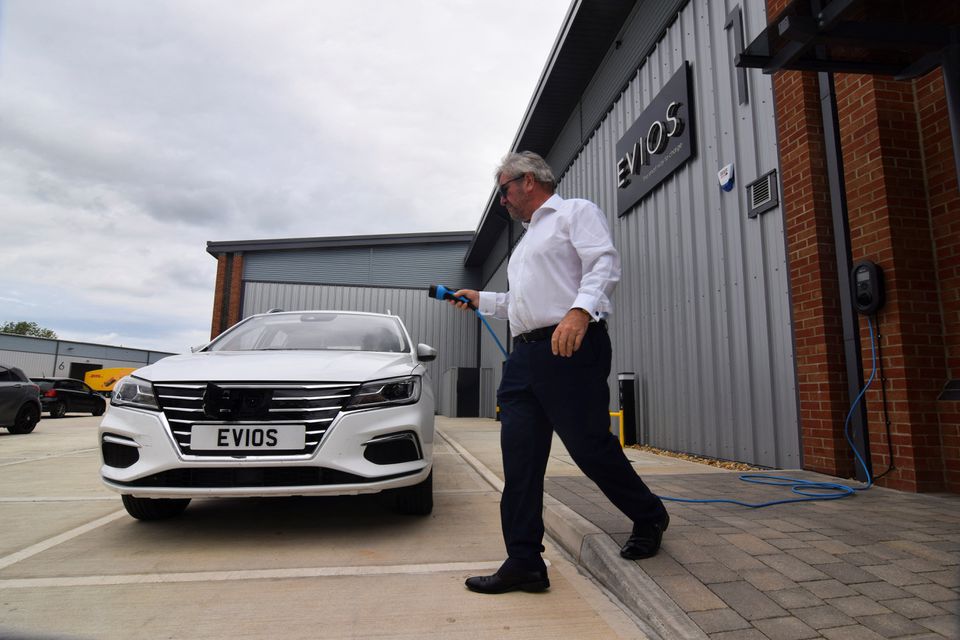 BEDFORD, England, July 20 (Reuters) – With electric vehicles (EVs) catching on, the scramble for market share among startups selling home chargers is heating up and that will feed further dealmaking in the sector as tens of millions of units are installed globally over the next decade.

“It’s a hot sector, it has attracted a lot of talent and capital,” said Carlos Fisch, a director at Madrid-based venture capital firm Seaya Venture, which specializes in disruptive and sustainable technologies and owns around 8% of Spanish charging company Wallbox NV . “We expect a big consolidation.”

Fisch said the real winners will be those with superior software to manage power in the home and “bidirectional” charging, allowing EV owners to charge cheaply overnight and sell power back to the grid at higher rates during peak hours, “turning the battery from a cost centre into a profit centre.”

Consolidation has already begun, with a number of small startups snapped up. Among the acquirers getting in to the market are utility companies like France’s EDF (EDF.PA) and Norway’s Statkraft (STATKF.UL), oil giants including BP Plc (BP.L) and Shell and others. German industrial company Siemens AG (SIEGn.DE) has a home charger business and Volkswagen AG’s (VOWG_p.DE) EV charging unit, Electrify America, entered the residential market in early 2021.

Although charging for EV owners who park on the street is a major challenge for U.S. and European cities, around 60% of homeowners in Britain and the United States have access to parking at home.

Home chargers range in price from about $600 to over $1,000, not including installation, so tens of billions of dollars are at stake. EV owners with home chargers use them for an estimated 80% of charging.

Martell, who previously founded EV charger company Chargemaster which BP bought in 2018 for over 130 million pounds ($155.3 million), plans to expand EVIOS into Germany and the Netherlands in 2023.

But there is more at stake than just chargers.

For companies that eventually sell millions of chargers, the data they gather could generate revenue from balancing local and national power grids.

“The first battle will be over making the most money off selling and installing home chargers,” said Charlie Cook, CEO of Rightcharge, a UK firm that helps EV owners find the right home charger and low energy tariff. “The next battle will be between the companies that control the flow of energy to and from those charge points.”

‘SCALE UP, NOT START UP’

Growth in the EV charging market will favor companies that build scale.

EVIOS has designed a charger that CEO Martell says is designed with a user-friendly app that can work with Amazon.com Inc’s (AMZN.O) Alexa or Google Home, link up to solar panels and allow eight different users so neighbours can use it (and enable the owner to bill them).

The startup joins a busy UK market alongside established firms like Pod Point (PODP.L), which as of December 2021 had 137,000 chargers installed. Pod Point also sells office EV chargers and public chargers, and CEO Erik Fairbairn said Pod Point’s revenue is up 86% this year while its home charger business is growing faster.

Pod Point has also signed deals with BMW (BMWG.DE) and Mercedes-Benz (MBGn.DE) to be their preferred UK supplier.

“We are entering a phase which I call scale up rather than start up,” Fairbairn said. “The opportunity for small innovative companies to make major inroads into home charging is probably behind us.”

CEO Enric Asuncion said Wallbox is currently not in the market to buy other charger makers. Instead, he said Wallbox is seeking opportunities to boost profit margins with new technologies and services as it did with Electromaps, a European app for finding charging stations that it bought in 2020.

“But we are obviously looking at all the options,” Asuncion said. “Eventually the market is going to consolidate.”

Asuncion added that a growing number of regulations requiring swift software upgrades would also winnow out smaller companies. For instance, as of July all UK home EV chargers must by default charge outside peak hours for energy use – with random staggered starts so they do not all switch on at the same time.

U.S. consumers have been slower to embrace EVs, but that is changing. Although Europe is Wallbox’s largest region, the United States is its largest single market, as it is for Siemens.

Home EV charger makers are already looking at the potential for their chargers’ data.

Large home EV charger networks could also generate fees from utilities by helping to balance out local and national power grids, for instance, by having more cars taking an active charge when there is more renewable power available or taking cars offline if the grid is overloaded.

Reporting by Nick Carey in Bedford, England, Paul Leinert in Detroit and Christoph Steitz in Frankfurt Editing by Ben Klayman and Matthew Lewis