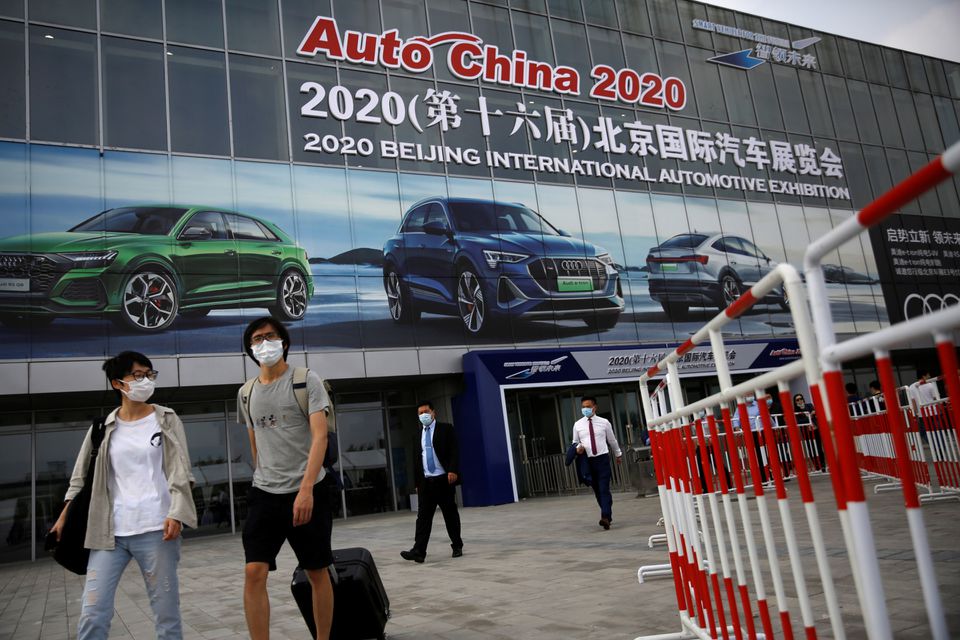 BEIJING, March 25 (Reuters) – Organisers of the Beijing autoshow, which was scheduled to be held in late April, have postponed the event due to a recent flare up of COVID-19 cases in China, people familiar with the matter told Reuters.

Auto China, the event’s organisers, have yet to decide on a new date, the sources said, declining to be identified as the information was not yet public.

Auto China did not immediately respond to a request for comment.

China is fighting its biggest wave of locally transmitted COVID-19 cases since it contained the initial outbreak centred on Wuhan in 2020 and multiple provinces have rolled out movement controls.

The trade show in the world’s largest auto market alternates each year between Beijing and Shanghai.

It traditionally attracts both international and domestic automakers, including Volkswagen (VOWG_p.DE), Toyota (7203.T), and Geely (0175.HK), and is often used as a launch pad to announce new products.

The Beijing autoshow was also postponed in 2020 to September of that year from April due to the coronavirus.
Reporting by Norihiko Shirouzu and Brenda Goh; Editing by Muralikumar Anantharaman