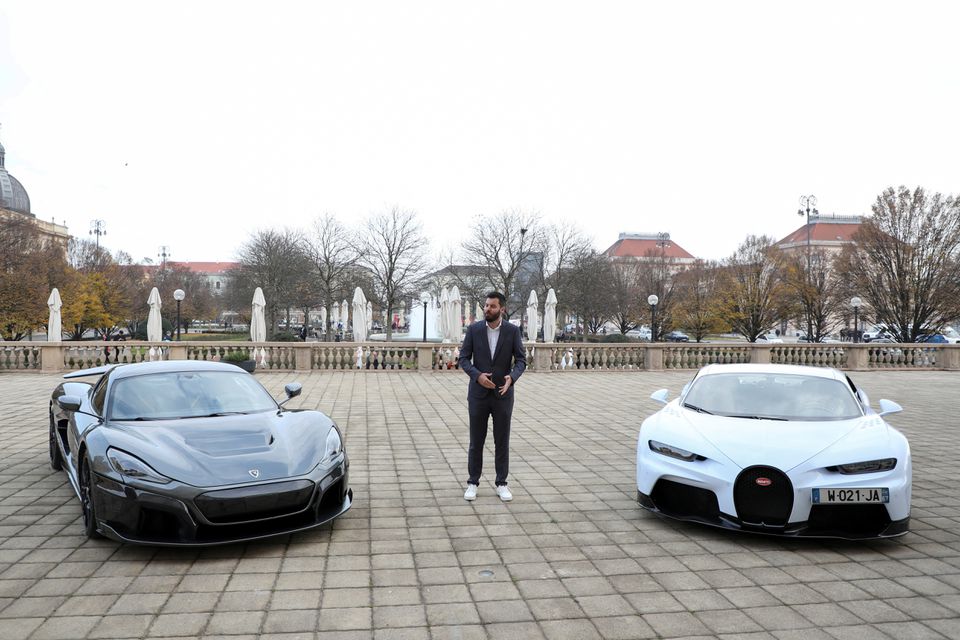 WARWICK, England, Nov 30 (Reuters) – The joint venture between Croatian electric carmaker Rimac and Bugatti has been far more profitable than anticipated as the two brands work on developing vehicles together under one roof, Rimac’s top executive said on Wednesday.

“It’s highly profitable and cash flow positive beyond anybody’s expectations,” Rimac CEO Mate Rimac told Reuters in an interview at the UK offices of the carmaker’s Rimac Technology unit in Warwick. “It’s such a win-win situation for everybody.”

Rimac added the joint venture has brought “lots of synergies going both ways.”

The Rimac Group comprises the Bugatti-Rimac JV, producing the electric sportscar Nevera and the Bugatti Chiron – which is owned 45% by Porsche AG (P911_p.DE) – and a technology unit which supplies battery systems and powertrain components to other carmakers.

Earlier this year the group raised 500 million euros ($519 million) in a new funding round.

Rimac’s CEO said the company has developed a “really close strategic relationship” with Porsche, which was listed by its parent Volkswagen (VOWG_p.DE) in October.

Porsche holds a 20% stake in the Rimac group.

“We are really collaborating on many levels, developing and producing lots of key elements of their (Porsche’s) future hybridization and electrification,” he said.

Rimac’s CEO said the group must become more like Ferrari (RACE.MI) with a predictable, stable and profitable business before it can contemplate an initial public offering.

“They (Ferrari) make projections and they always achieve,” he said.

“What I want to have is some kind of stability and certainty before we do an IPO because we don’t want to make promises we can’t keep.”

An IPO could happen anytime from three years to a decade from now, and could involve going public as a group or spinning off a unit, he said, but is definitely coming because “we obviously have financial investors that at some point want to exit.”