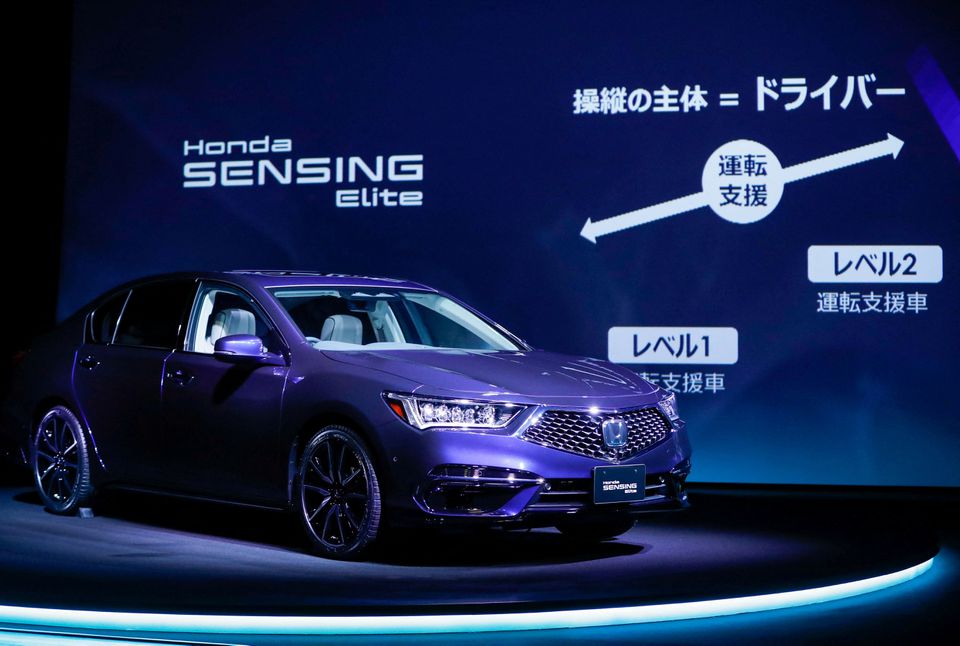 TOKYO, Dec 1 (Reuters) – Honda (7267.T) said it would develop technology enabling its level 3 self-driving capability to function at any speed below legal limits on highways by the second half of the 2020s as it strives to eliminate traffic deaths involving its vehicles.

Also known as conditional driving automation, level 3 involves technology that allow drivers to engage in activities behind the wheel, such as watching movies or using smartphones, but only under some limited conditions.

Honda’s level 3 “Traffic Jam Pilot” system can kick in at speeds below 30 km (19 miles) per hour on highways, remaining operational until the speed picks up to 50 km per hour.

“We believe we can help reduce accidents by pursuing level 3 technology, which in essence is about cars that do not crash,” Honda engineer Mahito Shikama told reporters on Tuesday. The announcement was embargoed until Thursday.

Honda is aiming for a zero-fatality rate from traffic accidents involving its cars and motorcycles globally by 2050.

Shikama declined to say how soon Honda would start mass-producing its level 3 self-driving vehicles. When the Japanese carmaker launched its Legend sedan with level 3 automation technology last year, production was limited to 100 units.