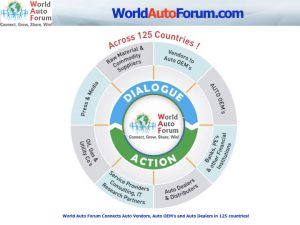 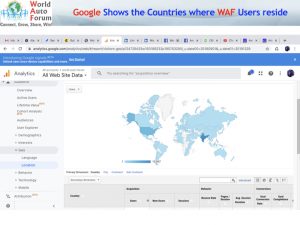 Our Edge at WAF Ventures : 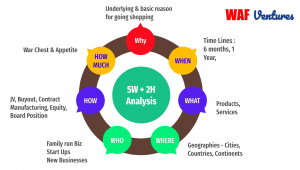 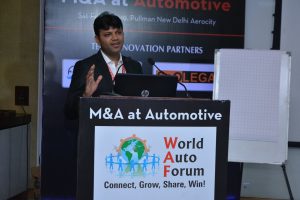 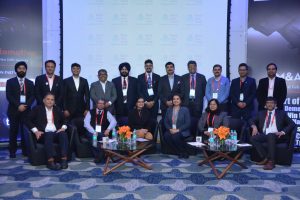 A Few Mandates WAF Ventures is currently working on :

•Helping one of the Start ups backed by Marquee investors,  raise their Series D round

•Working with a premium EV brand to deploy their distributor network across Latin America, Africa, South Asia and Australia. Also working with them for next fund raise

• Acquiring Companies for backward and forward integration for a leading company in ASEAN, South Asia and Africa Regions.

Wish to Grow with WAF Ventures ? Happy to Connect!

Empty trains, clogged roads: Americans get behind the wheel to avoid transit

NEW YORK (Reuters) – As Americans plan for life after pandemic lockdowns, many want to avoid public transport and use a car instead, straining already underfunded transit systems and risking an increase in road congestion and pollution.

Several opinion polls show Americans plan to avoid trains and buses as stay-at-home orders ease, with some city dwellers buying a car for the first time. A potential boon to coronavirus-battered automakers, the shift poses a challenge to city planners end environmental goals.

END_OF_DOCUMENT_TOKEN_TO_BE_REPLACED

Ford closed its Dearborn, Michigan, plant due to a positive COVID-19 test by one worker, while its Chicago assembly plant was closed due to a parts shortage, Ford spokeswoman Kelli Felker said.

Ford declined to say which supplier had the issue, but a person familiar with the matter told Reuters that Lear Corp had closed a plant in Hammond, Indiana. Lear later confirmed in an email that it had closed the plant due to a positive test.

END_OF_DOCUMENT_TOKEN_TO_BE_REPLACED

1. Social Distancing, Masks & Sanitiser Always “On” , 60+ days of Lockdown, Low or No Income : How can Consumers be the Same Again ?

2. Would Personal Transport be preferred over Public Transport?

3. How would the Pie chart pan out between : First Timers Vs Re-Purchasers Vs Replacement

4. Is getting a new set of wheels a priority ? Whats the Consumer Mode : Spending Mode / Savings Mode / Panic Mode / Back to Normal Soon

5. The Shift in Buying Process : Is it a Delta or a Sea Change that we expect ?

END_OF_DOCUMENT_TOKEN_TO_BE_REPLACED

DETROIT (Reuters) – Factory workers began returning to assembly lines in Michigan on Monday, paving the way to reopen the U.S. auto sector but stoking fears of a second wave of coronavirus infections as strict lockdowns are eased across the country.

With millions of Americans out of work and much of the economy at a virtual standstill, a growing number of states are relaxing tough restrictions on commerce and social life put in place to slow the outbreak.

Some auto suppliers in Michigan, a Midwest industrial powerhouse hard hit by the pandemic and its economic fallout, reopened plants on Monday with skeleton crews to get ready for a resumption of vehicle production next week.

END_OF_DOCUMENT_TOKEN_TO_BE_REPLACED

As we prepare to restart our company operations, we need to be mindful of aligning our suppliers, our own operations, our distribution network around the consumers.

END_OF_DOCUMENT_TOKEN_TO_BE_REPLACED

UK to place all incoming travellers under 14-day quarantine: The Times

(Reuters) – British Prime Minister Boris Johnson will announce on Sunday that all travellers coming to the United Kingdom will be quarantined for a fortnight, The Times reported

“Passengers arriving at airports and ports including Britons returning from abroad, will have to self-isolate for 14 days,” the newspaper said, adding that travellers will have to provide the address sat which they will self-isolate on arrival.

Travellers from Ireland, the Channel Islands and the Isle of Man will be exempt, as will lorry drivers bringing crucial supplies, the report added.

PAID FOR AND POSTED BY REUTERS EVENTS
Reuters Events Automotive Digital Library
The latest automotive, mobility and dealership webinars, reports and analysis, all in one place, for free!
Check it out ›

The authorities will carry out spot checks and those found to be breaking the rules are to face fines of up to 1,000 pounds or even deportation, the report added.

According to The Times, travellers will have to fill in a digital form with details of where they plan to self-isolate themselves for the duration of the quarantine.

The measures will help reduce the “transmission of the virus as we move into the next phase of our response,” the report said, citing a government source

The measures are expected to come into force in early June.

Johnson will announce a very limited easing of Britain’s coronavirus lockdown next week, adopting a cautious approach to try to ensure there is no second peak of infections.

Reporting by Aishwarya Nair in Bengaluru; Editing by Shailesh Kuber

How Deere, Caterpillar kept plants running during the coronavirus outbreak

CHICAGO (Reuters) – While Detroit automakers’ unionized auto factories have been idled by the coronavirus pandemic, farm and construction equipment makers Deere (DE.N) and Caterpillar (CAT.N) have won the support of the United Auto Workers and other unions to run their facilities during the pandemic.

As U.S. states begin to lift lockdown orders and companies gear up to restart production, the policies put in place by the two heavy equipment makers offer a template for returning workers to idled factories in other sectors.

Giving employees sick time without penalty, temperature screenings, staggered shifts and hiring a hygiene-auditing firm are some of the measures the two companies have taken to reassure employees to stay on production lines when many union and non-union workers balk at reporting for jobs that could expose them to the novel coronavirus that causes COVID-19.

END_OF_DOCUMENT_TOKEN_TO_BE_REPLACED

TOKYO (Reuters) – Japan announced on Friday a list of its firms subject to tighter foreign ownership rules, including majors such as Toyota Motor Corp (7203.T) and Sony Corp (6758.T), as the United States and Europe step up scrutiny of industries key to national security.

Japan identified 518 of its roughly 3,800 listed firms as having operations core to national security, making them targets for stringent regulations, a list released by the Ministry of Finance (MOF) showed.

Foreign investors buying a stake of 1% or more in Japanese firms in the 12 areas now face pre-screening in principle, compared with the previous threshold of 10%.

END_OF_DOCUMENT_TOKEN_TO_BE_REPLACED

Nissan to extend production halt for most U.S. plants

(Reuters) – Nissan Motor Co said Thursday it is extending a production halt for most U.S. manufacturing plants in the face of the coronavirus pandemic.

Nissan, which began gradually resuming production operations at its Infiniti powertrain plant in Decherd, Tennessee last week, said it would assess current market demand and supplier readiness before setting a restart date for the remaining plants. Many automakers hope to resume U.S. production starting May 18 after halting operations in late March.

Abbey is a seasoned Global Marketing Professional with 26 Years + of Experience under his belt.

END_OF_DOCUMENT_TOKEN_TO_BE_REPLACED

Learn How to Mind the Mind!

Unable to Move Out and Meet People. Social Distancing and wearing mask are the New hygiene. Locked up at Home. Low or No Income. Job & Work Insecurity. Children unable to attend School. Family & Work relationships at a Test. Feeling Generally Low ?
END_OF_DOCUMENT_TOKEN_TO_BE_REPLACED

5 Top Reasons Why You Should Register NOW ?

3. Get Special 15% discount code over all Prevalent Discounts for All WAF Programs in 2020 through the Year

4. Get 20% Discount on Corporate Membership at WAF Community App

5. Special Ticket for Students with Certificate and Placement Assistance via WAF CXO Jobs