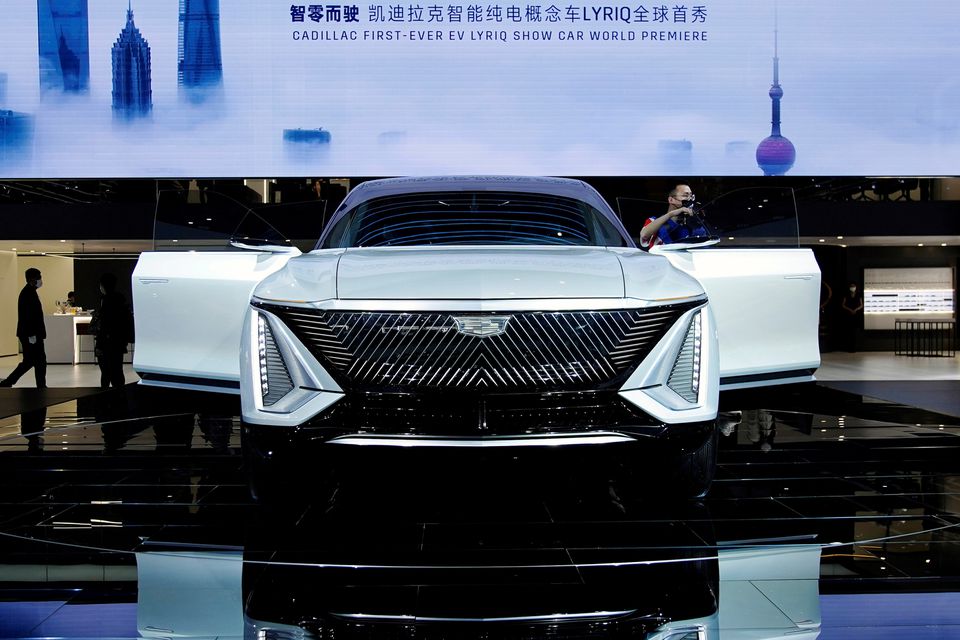 DETROIT, Nov 8 (Reuters) – General Motors Co’s Cadillac brand is gearing up to challenge Tesla Inc (TSLA.O) and other rivals in the luxury electric vehicle market with a new electric utility vehicle and nearly 40% fewer U.S. dealers than it had in 2018, the brand’s global chief told Reuters.

Cadillac has largely completed a restructuring of its U.S. dealer network and expects to have 560 dealers by the end of this year, compared with about 920 three years ago, said Rory Harvey, head of the global Cadillac brand.

The marque’s largest market is China, and there it has not had to restructure retail operations, Harvey said. Cadillac’s sales in China were up 20% for the first nine months of the year to nearly 181,000 vehicles. In the United States, Cadillac has sold nearly 96,000 vehicles for the year through Sept. 30, up 11%.

Electric vehicle leader Tesla Inc (TSLA.O) has no franchised dealers and sells cars directly to customers. Other EV startups such as Lucid (LCID.O) and Rivian (RIVN.O) are selling vehicles online.

Cadillac has a virtual showroom called Cadillac Live, and Harvey said inquiries through the online showroom are rising. But Cadillac will continue to sell and service vehicles through dealers.

Next summer, Cadillac plans to launch the first of a wave of electric vehicles, starting with a compact utility vehicle called the Lyriq. Harvey said Cadillac has received expressions of interest in the Lyriq from 216,000 people.

“It far exceeded our expectations,” he said. How many of those “handraisers” will turn into buyers will be key for Cadillac. Harvey said about 10% to 15% of people who show interest in an internal combustion vehicle ultimately buy one.