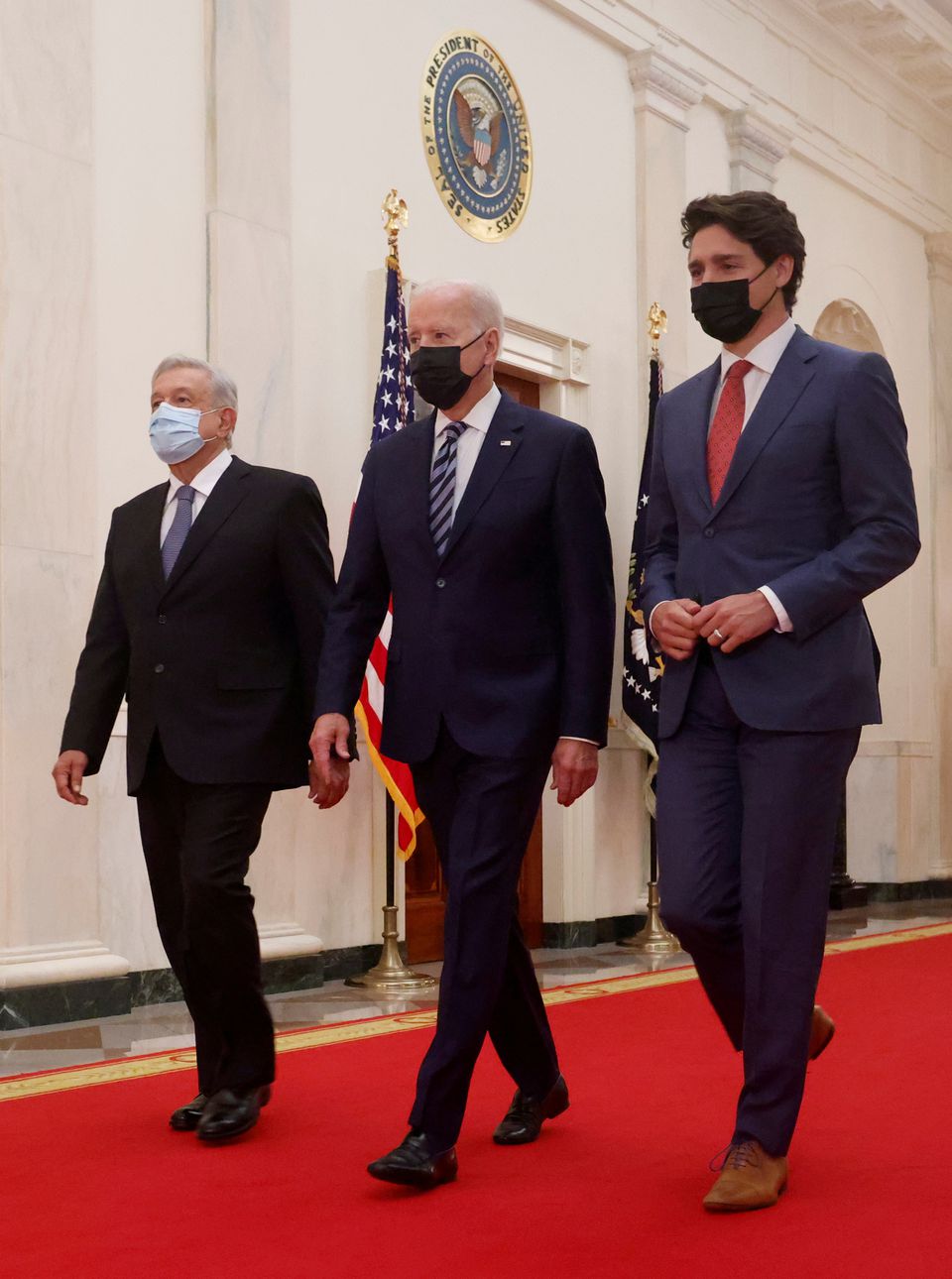 Democrats in the U.S. House of Representatives on Friday passed the $1.75 trillion domestic investment bill that includes the tax credits, sending it to the Senate where negotiations will continue.

“The Americans are very aware of Canada’s position on this, and our concerns around it, and quite frankly, the threats it poses to over 50 years of integrated automaking in our two countries,” Trudeau told reporters late on Thursday after meeting Biden at the White House.

“There are a number of ways to look at solving this,” Trudeau said without elaborating, adding that Canada would continue to push to “find solutions”.

Trudeau – who was in Washington to attend the first meeting between the leaders of the United States, Canada and Mexico in five years – also met with Congressional leaders.

On Friday, Brian Nichols, the U.S. Assistant Secretary of State for Western Hemisphere Affairs, kept the door open to a compromise.

“Obviously we have some differences of opinion on these issues,” he said. “But we have a great relationship… and we’re going to work through all the issues that we have.”

The tax credit issue was the first Trudeau brought up in his one-on-one meeting with Biden on Thursday, a government source said, and Canadian Finance Minister Chrystia Freeland on Wednesday warned the tax credits risk becoming the dominant bilateral issue between the two countries.

Canada says they would violate rules of the new North American trade treat, or USMCA (United States-Mexico-Canada Agreement). The White House insisted on Thursday that they do not. Canada has indicated it would respond if the tax credits are passed.

Trudeau said he discussed other contentious issues with Biden, such as his “Buy American” provisions and Michigan’s push to shut down Enbridge Inc’s (ENB.TO) Line 5 oil pipeline, but found no solutions.

There was “no definitive win for Canada,” said the Canadian Chamber of Commerce, and the Conservative Party opposition said the failure showed “Canada’s relationship with the United States has declined under Mr. Trudeau”.

Trudeau had a rocky relationship with former President Donald Trump, who once called him “dishonest and weak”, and he was the first world leaders to congratulate Biden after he was declared the winner of the 2020 election.

But Biden canceled an oil pipeline from Canada to the U.S. that Trudeau supported on his first day in office, and Washington has announced plans to double duties on imports of Canadian lumber and requested a dispute panel on Canada’s dairy import quotas.