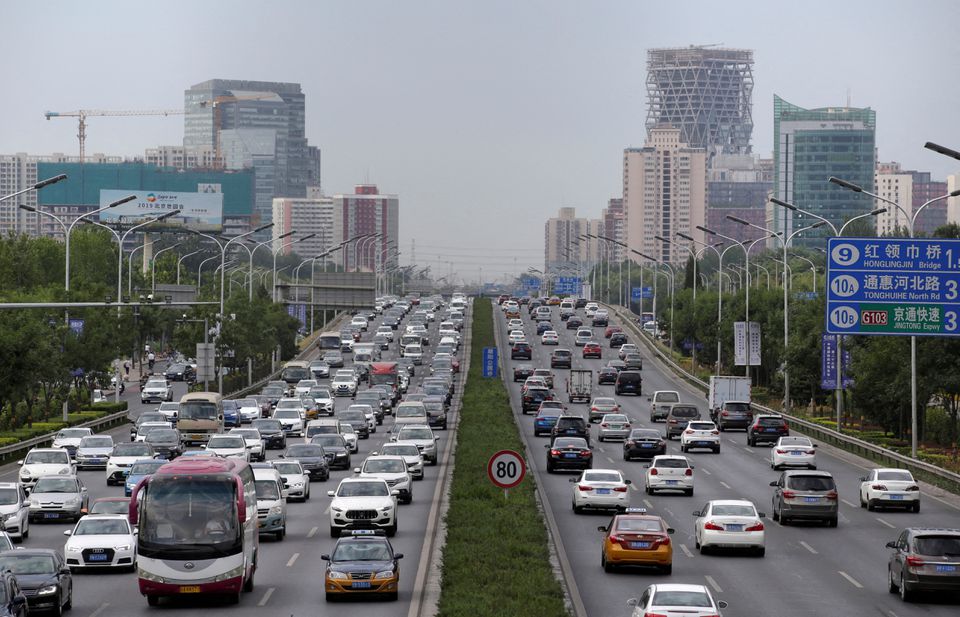 SHANGHAI, Aug 11 (Reuters) – China’s auto sales surged 29.7% in July from a year earlier to 2.42 million units, extending a recovery that began in June with the help of eased COVID curbs and government incentives.

Sales for the first seven months, though, were still 2% lower than the corresponding period in 2021, data from the China Association of Automobile Manufacturers (CAAM) showed on Thursday.

Sales of new energy vehicles, which include pure electric vehicles, plug-in hybrids and hydrogen fuel-cell vehicles, increased 120% in July from the previous year.

July sales were 3.3% lower than June as heat waves nationwide slowed the pace of factory production and reduced customer visits to showrooms.

China has tried to revive auto demand with incentives such as a lower sales tax for small-engine vehicles and subsidies to spur trade-ins of gasoline vehicles for electric ones.

The industry was also hit hard by efforts to combat COVID-19 earlier in the year, with months of stringent lockdowns in the major manufacturing hubs of Shanghai and Changchun.

Higher oil costs and battery prices are pushing consumers to economic plug-in hybrids, sales of which nearly tripled in the first seven months of the year, while sales of purely electric vehicles doubled.

Annual sales of gasoline cars, which are sold with bigger discounts, are expected to fall for the fifth straight year in 2022, said Xu Changming, deputy director of the official think tank State Information Center, cautioning that overall vehicle demand is not as strong as expected despite the incentives.

Demand for commercial vehicles remained weak, with sales falling 21.5% in July, indicating China has yet to fully resume its activities in logistics and infrastructure development.