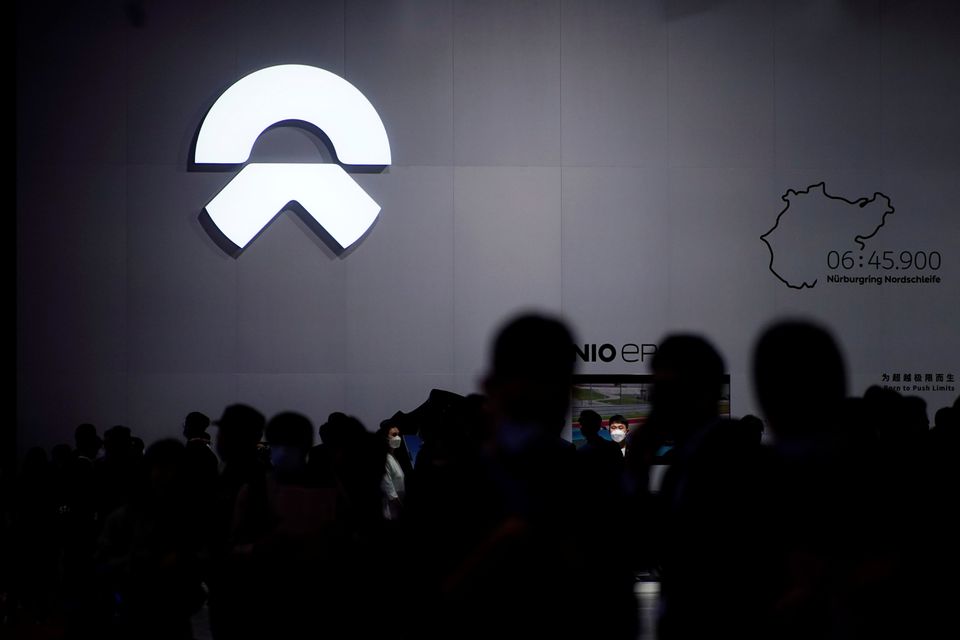 SHANGHAI, Sept 21 (Reuters) – Chinese electric-car startup Nio is looking to grab a share of Europe’s growing market for electric vehicles by rolling out a battery leasing and swapping network to cut costs for users, its president told Reuters.

Nio plans to build 1,000 battery swapping stations outside China by 2025, most of them in Europe, to service the expanded range of EVs it will begin selling this year in Germany and other markets, said Qin Lihong, who is also a Nio co-founder.

“We are comprehensively ahead of our competitors in terms of products and services,” Qin said in a telephone interview from Germany on Tuesday.

“It’s true there will be more EV models to be launched in Europe in three years, but we are also making more progress.”

Nio opened its first overseas plant in Hungary this month to make power products such as battery swapping stations, which are costly to ship from China because of their size, Qin said.

At the heart of Nio’s move to woo European car buyers is separating the battery – the most expensive component of the EV – from ownership to reduce up-front costs.

The strategy has set Nio off from rivals in China’s EV market, but shifts costs – and risk – to the company, one reason why most established automakers have sought other ways to cut battery costs and boost charging efficiency.

Qin said Nio was also looking to partner with an asset management company in Europe to finance the ownership of batteries for leasing as it begins to roll out sales this year.

In China, Nio set up a company with partners including battery giant CATL to buy the battery packs for leasing and then collect subscription fees from Nio users.

Nio’s revenue grew 22% in the second quarter from a year ago while its net loss more than quadrupled to the equivalent of $410 million.

Its shares have more than tripled since being listed in New York Exchange four years ago, and the company has managed to build a fan base in China on the strength of its design, pricing and reputation for concierge-like service.

Over the past year, Nio has been experimenting with battery leasing and swapping in Norway for its ES8, an electric-drive SUV. The company has sold 800 of the SUVs and installed two swapping stations in Norway, executives said.

Qin said that experiment had given the seven-year-old start-up confidence that its EV offering was “comprehensively ahead” of EVs from the likes of BMW(BMWG.DE), Mercedes (MBGn.DE) and Volkswagen and ready to compete in their home market.

Nio will roll out other models in Europe, including the ET7 and ET5 sedans, starting this year.

“It’s just like two runners on their tracks,” Qin added. “If you have a great lead, you just need to keep your own pace.”

Nearly all the buyers in Norway and more than half in China have opted for battery leasing, said Shen Fei, Nio’s vice-president for power management.

Nio sells the ES8 in Norway without a battery from the equivalent of just over $52,000. Buyers can pay just over $8,700 to own a 75-kWh battery pack. Almost all opted to pay a monthly subscription fee equivalent to $135, Nio said.