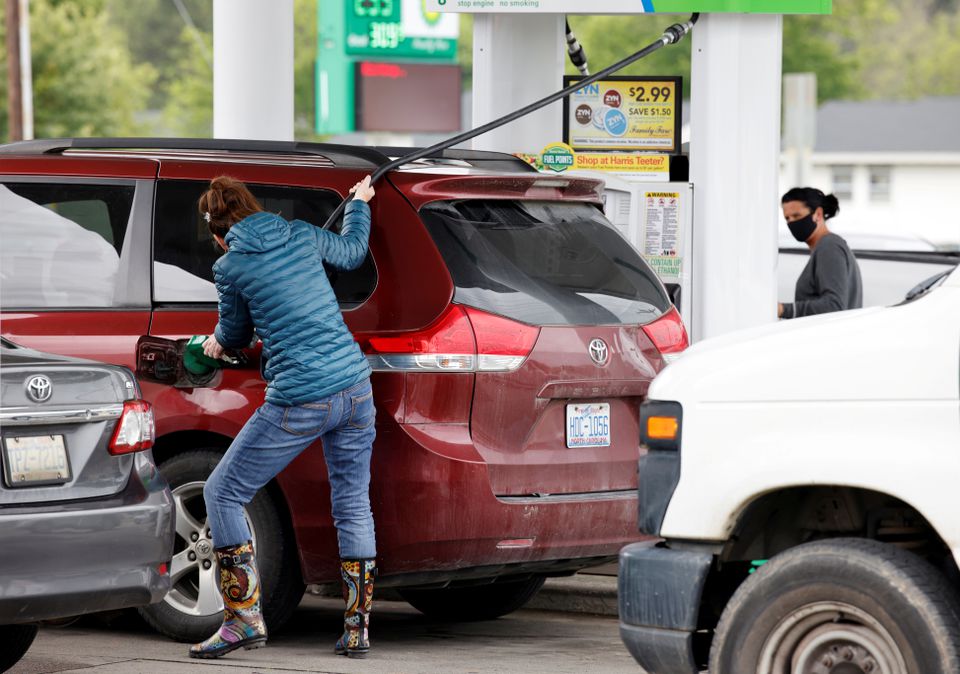 GM is projected to be the lowest of all automakers in 2021 with a fleet average of 21.5 mpg for all its vehicles, just behind Stellantis at 21.6 mpg, with Ford Motor Co at 22.7 mpg.

The report said since 2004, carbon dioxide emissions have decreased by 24% as fuel economy has improved by 32%.

In August, the EPA proposed reversing the Trump-era loosening of vehicle emissions rules with a new plan to boost efficiency 10% in the 2023 model year, aiming for a fleet average of 52 mpg by 2026.

The American Council for an Energy-Efficient Economy said “automakers are producing cars that are barely more fuel efficient on average than what they sold a year ago.”

Dan Becker, director of the Safe Climate Transport Campaign, said the report shows “auto companies have made sky-high promises to turn out clean cars, but the EPA’s report shows they have produced very few.”

He said the 2020 improvement – just 1.9% over 2019 – showed that “with weak rules, automakers will keep pushing gas guzzlers, sticking consumers with high gas bills and plentiful pollution.”

For 2020, GM and Ford both averaged 23 miles per gallon, while Stellantis averaged 21.3 mpg. Tesla, which makes only electric vehicles, led the industry, while Honda averaged 29.1 mpg, which was first among automakers building gas-powered vehicles.

The report showed that over the last five years, GM’s and Ford’s performances barely improved, while Stellantis’ fell by 0.5 mpg.

Stellantis said on Friday it is investing more than $35 billion through 2025 to develop battery electric vehicles but said “consumer and manufacturing incentives and recharging infrastructure” are needed to move the market toward EVs.

The report also showed average vehicle weight in 2020 rose to another all-time high of 4,166 pounds, while average horsepower and size both also set records.