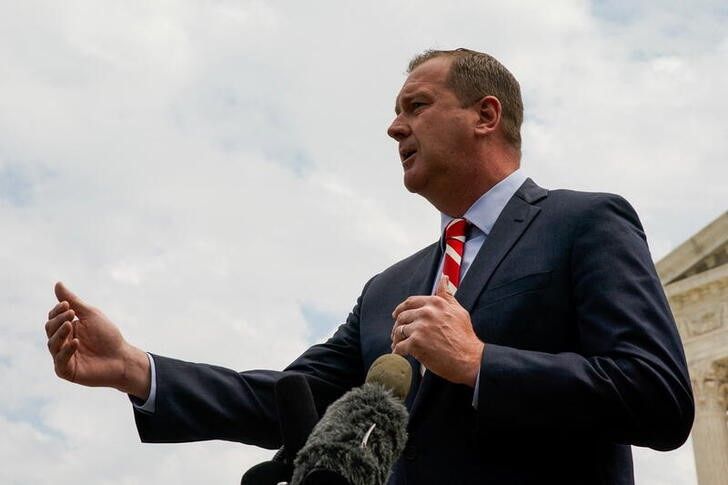 Schmitt began the probe last month, and spokesman Chris Nuelle said the office invited attorneys general from states including Texas and Virginia “to widen our pool of resources and share information.”

Schmitt on July 26 sent questions to Morningstar, asking among other questions about which news sources the research firm uses for ESG analysis. The probe is also looking at whether the firm and its Sustainalytics ESG ratings unit violated a Missouri law aimed at protecting Israel from a campaign to isolate the Jewish state over its treatment of Palestinians.

A Morningstar spokesperson said by email the firm “does not support the anti-Israel BDS campaign,” referring to boycotts, divestment and sanctions, and had not been asked by other states for information.

The development underscores how Republican politicians are pushing back against ESG investing even as shareholders continue putting money into funds that consider factors like climate change or workforce diversity in their investment decisions.

Schmitt, a Republican candidate for the U.S. Senate, said in a statement, “Missouri has been a leader in pushing back against woke ESG investing and our fight will continue.”

Morningstar in June said it would cancel a Sustainalytics human rights product after an independent review sparked by complaints by Jewish groups found the product focused disproportionately on the Israeli-Palestinian conflict.

But the review by a law firm hired by Morningstar said it “found neither pervasive nor systemic bias against Israel” by Sustainalytics.

In June the Illinois Investment Policy Board, which oversees state pension holdings, unanimously passed a motion finding Morningstar had not violated a state law against boycotting Israel and closed its own investigation, a board representative said.