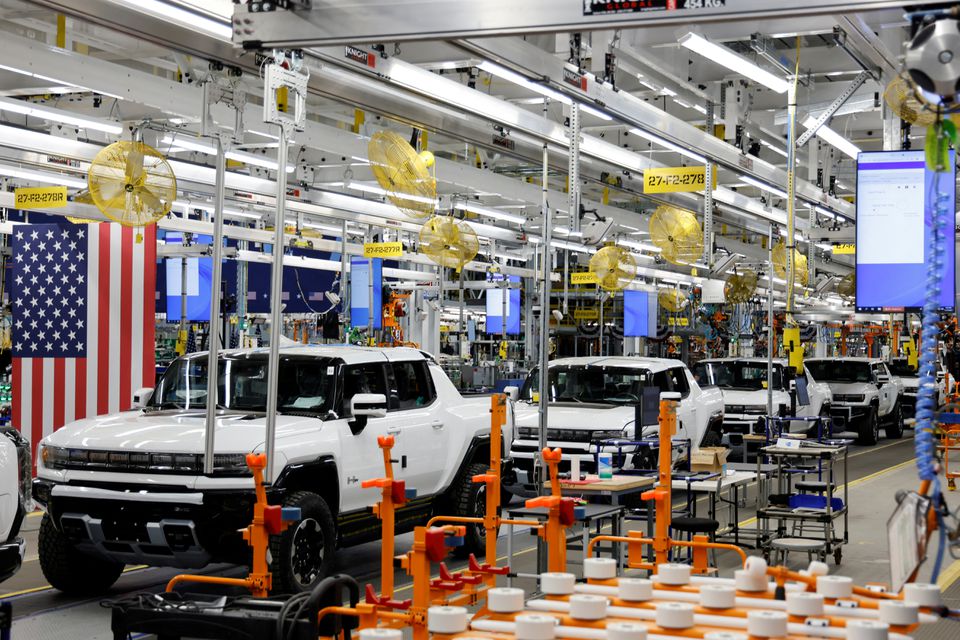 June 21 (Reuters) – Shifting political winds during the U.S. November mid-term elections could spell trouble for automakers’ hopes of getting billions of dollars in consumer tax credits that would help the United States compete with Chinese and European rivals.

Automakers are making a furious last-ditch effort to convince Congress to approve an extension of EV incentives before Republicans, who are largely opposed to doling out EV subsidies, could potentially take over both houses of Congress next year.

Without those incentives, particularly an extension of a $7,500 EV purchase tax credit, the U.S. auto industry will fall behind on the Biden administration’s goal of 50% EV sales by 2030, auto executives, lawmakers and consultants say.

That would put the United States, which is already trailing Europe and China in EV sales, even further behind in developing EV manufacturing capability, industry experts said. The result could be fewer jobs and long-term dependence on China for innovation and battery raw materials, industry officials and analysts said.

BCG estimates the U.S. would see a 12-percentage point decline in expected EV sales in 2030 without incentives – dropping from an expected 47% EV share with the $7,500 tax credits to 35%. Other research has also found a strong link between incentives and increased adoption.

There is almost universal U.S. Republican opposition in Congress to expanding tax credits.

In January, the 14 Republicans on the tax-writing Senate Finance Committee harshly criticized proposed EV tax credit expansions, pointing to data suggesting “that nearly 80% of the existing EV tax credits have gone to taxpayers earning more than $100,000.”

Republican Senator Deb Fischer, who wants to limit tax credits to those earning less than $100,000 and to vehicles costing less than $40,000, questioned “why we’re subsidizing this industry at all” and said lawmakers should deny “taxpayer subsidies for the rich.”

Michigan Democrat Senator Debbie Stabenow said Fischer’s proposal would mean the Ford and Chevrolet electric pickup trucks made in her state would not be eligible for credits.

Meanwhile, Democrats in favor of helping the industry are racing against the clock to overcome opposition from within their own party.

Automakers and their supporters are now holding intensive discussions on Capitol Hill to try to win support, with backing from the White House, said U.S. Representative Debbie Dingell, a Democrat whose southeast Michigan district is in the state’s automotive heartland.

Unless Congress acts, more automakers will lose access to the $7,500 U.S. EV tax credit. That indirect subsidy currently phases out after a manufacturer sells 200,000 electric vehicles. GM and Tesla have already hit the cap, and other automakers, including Ford and Volkswagen AG (VOWG_p.DE) are expected to soon hit the threshold.

By contrast, European countries have set aside billions of euros in incentives to prop up EV sales, charging networks, and auto plants, and some countries offer up to 9,000 euros ($9,409) in purchase grants.

China has handed out some 100 billion yuan ($14.8 billion) to private and commercial EV buyers from 2009 through the end of 2021 and is in talks to extend costly subsidies to keep the key market growing.

The dwindling U.S. EV incentives coincide with rising prices across the U.S. economy, and increasingly aggressive action by the Federal Reserve to tighten credit. Those conditions have spelled trouble for automakers in the past.

In a letter to Congress last week, the chief executives of GM, Ford, Stellantis and Toyota urged lawmakers to act. Last week, Ford Executive Chairman Bill Ford made an unannounced trip to Capitol Hill to make the case for extending the tax credit.

One more risk for automakers: They could face hundreds of millions of dollars in federal penalties if by failing to sell enough electric cars, they fall short of sharply increased fuel efficiency requirements.

Reporting by David Shepardson in Washington and Tina Bellon in Austin, Texas; Editing by Lisa Shumaker