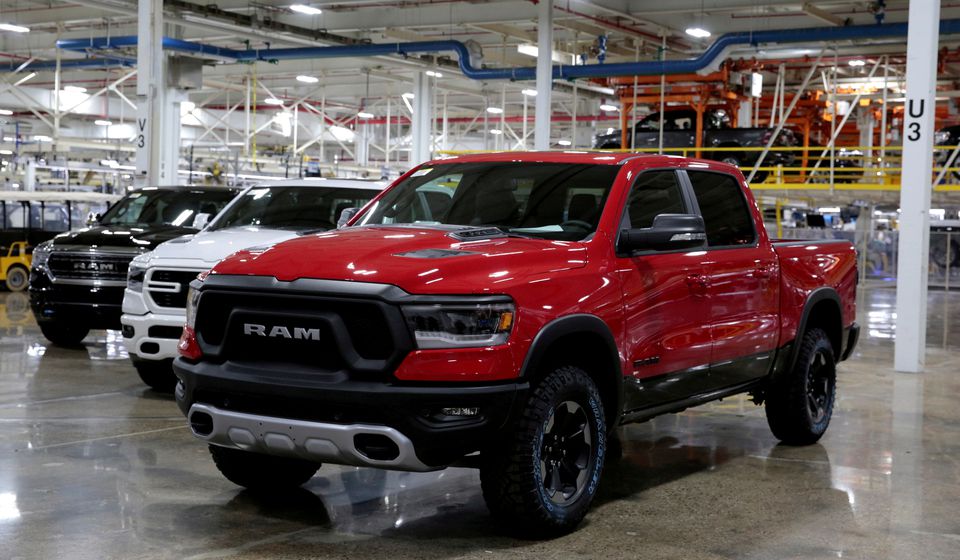 FCA lawyers and U.S. Justice Department officials are brokering a plea deal that could be unveiled in coming weeks and include financial penalties totaling between $250 million and $300 million, the people said.

Such a resolution with FCA, which is now part of Stellantis NV (STLA.MI), would come more than four years after Volkswagen AG (VOWG_p.DE)pleaded guilty to criminal charges to resolve its own diesel-emissions scandal involving nearly 600,000 vehicles. It would also mark the final significant chapter in the government crackdown on automakers’ emissions practices that was precipitated by Volkswagen’s deception, which became known as “Dieselgate.”

The FCA investigation focuses on roughly 100,000 diesel-powered vehicles that allegedly evaded emissions requirements. The plea negotiations are fluid and some terms, including the size of any financial penalties, could change as discussions continue, the people said.

Justice Department officials are preparing paperwork that will likely be negotiated with FCA to finalize the plea deal, which could result in changes and also present an outside chance for the agreement to fall apart, the people said.

A plea agreement would cap a series of investigations dating back to 2015 surrounding diesel-powered vehicles in FCA’s U.S. lineup. The current criminal investigation targets the U.S unit of the Italian-American automaker. The affected vehicles span model years 2014 to 2016.

Representatives for FCA parent Stellantis and the Justice Department declined to comment.

The scandals over emissions cheating tarnished diesel technology and accelerated the industry’s shift to electric vehicles.

The European automakers had promoted “clean diesel” technology as a way to reduce carbon dioxide emissions and ease a transition to an all-electric future. When regulators on both sides of the Atlantic uncovered evidence that diesel vehicles polluted far more in real world driving, the argument for a slower transition to battery electric vehicles was shredded.

The FCA discussions are heating up as one of its employees prepares to face trial next year on charges he misled regulators about pollution from the vehicles, and continued the deception even after officials caught Volkswagen cheating on government emissions tests.

An indictment alleges the employees conspired to install illegal software known as defeat devices in vehicles so they could dupe government emissions tests and then pollute beyond legal limits on roadways.

Other legal troubles have also dogged the automaker. In March, the company pleaded guilty to violating U.S. labor law, admitting it conspired to make illegal payments to union officials.

The current plea negotiations in the emissions probe come on the heels of other changes at FCA. The company earlier this year sealed a merger with French Peugeot maker PSA to form Stellantis. In September, Stellantis said FCA’s former top boss would depart to become chief executive of AutoNation Inc (AN.N), the largest U.S. dealership chain.

In the emissions probe, the criminal case against FCA is expected to track closely with one against Volkswagen that the Justice Department unveiled in 2017, the people said.

Volkswagen admitted to cheating on government emissions tests with diesel-powered vehicles, in the process misleading the U.S. Environmental Protection Agency and customers. The German automaker pleaded guilty to charges including conspiracy to defraud the United States, commit wire fraud and violate the Clean Air Act.

Volkswagen agreed to pay $2.8 billion to resolve that criminal case, and billions of dollars more to settle Justice Department civil allegations and lawsuits from vehicle owners and state officials.

FCA, meanwhile, spoke with senior Justice Department officials in recent months to push back against a demand that the company plead guilty, the people familiar with the matter said.

The automaker instead argued for a so-called deferred prosecution agreement, the people said. In such agreements, a company is criminally charged and agrees to monitoring and other conditions instead of pleading guilty. If the company abides by the agreement, prosecutors later ask a judge to dismiss the charges.

In talks with U.S. prosecutors, FCA has emphasized the automaker’s January 2019 agreement to pay roughly $800 million to settle civil litigation brought by the Justice Department, state officials and consumers alleging the company’s vehicles evaded emissions requirements, one of the people said.

Separately, FCA this year resolved legal claims from customers who opted out of the earlier settlement with consumers, according to court records.