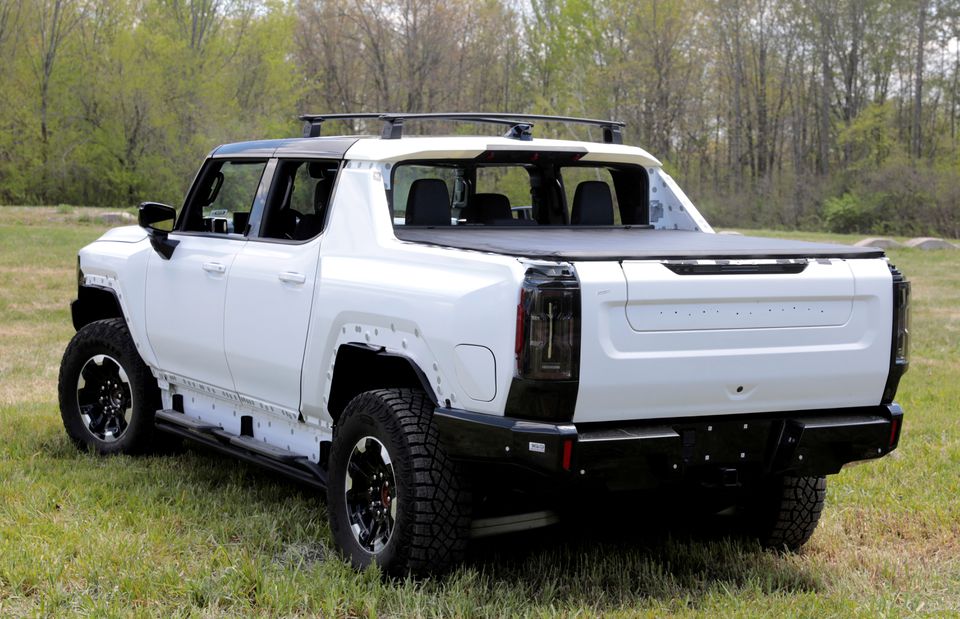 DETROIT, Oct 1 (Reuters) – General Motors Co (GM.N) plans to position itself as a technology platform company that is as focused on software as it is on making electric vehicles when it meets with investors next week, including revealing a scheduled rollout for at least 20 EVs in the United States over the next several years.

The No. 1 U.S. automaker has said it will talk on Wednesday about its growth strategy, EV and software platform advantages, its self-driving vehicle business and the related financial road map as it seeks to draw new investors and a valuation closer to that of EV market leader Tesla Inc (TSLA.O). A spokesman declined to disclose further details.

GM executives will provide a more detailed look at the company’s plans to spend $35 billion through 2025 on EVs and autonomous vehicles, and will give revenue and profit margin growth targets for the five-year period after that, according to people familiar with the plans, who asked not to be identified.

“GM’s gone from an automaker to a platform company and here are all the things you can do with that,” one of the sources said.

“The question you should ask yourself is will we see doubling of revenues? Will we see margin expansion? Those are the sorts of things that you’re going to see over a period of time,” the person added. “Stay tuned for pretty impressive numbers on revenue and margin expansion.”

The strategy of GM Chief Executive Mary Barra, who took the helm in 2014, so far has lifted the company’s share price from a narrow band around its 2010 initial public offering price of $33 to almost double that at one point. The shares were trading at around $53 on Friday.

Next week’s event is aimed at persuading investors to value GM (with a market capitalization of about $75 billion) more like Tesla ($762 billion).

Also on Wednesday, GM will reveal greater detail around its planned EV product launches beyond the upcoming GMC Hummer pickup, EV600 delivery van and Cadillac Lyriq crossover. That includes plans for electric versions of GM’s Chevrolet Silverado and GMC Sierra full-size pickups in late 2022 and late 2023, respectively, according to the sources as well as an industry forecast provided by AutoForecast Solutions (AFS).

Part of the investor day will include outlining what percentage of GM’s total vehicle sales will be EVs by 2030, the sources said. The automaker in January set a goal to sell all new light vehicles with zero tailpipe emissions by 2035. read more

When it comes to software, GM will discuss what its offerings allow it to do financially and how that will make the Detroit company’s business less cyclical than auto companies have been historically, the sources said.

Last week, GM introduced the branding for its software platform, Ultifi – coming in 2023 – and discussed building an App store-like approach to making the platform open for developers.

Software-oriented products and services are key to GM and other automakers sustaining profit margins during the transition to connected and electric vehicles, but that will compel companies to build skills and workforces they have lacked in the past.

GM also will explain how it will leverage its Ultium battery partnership with LG Energy Solutions (LGES), a unit of LG Chem (051910.KS), and how scaling up production of batteries will allow the company to cut costs, Ken Morris, GM vice president of EVs and AVs, said at a conference this week. “We’re really knitting together all elements of our growth strategy,” he said.

GM will launch at least 20 new electric vehicles in the United States – mostly pickups, SUVs and crossovers – through early 2028, according to AFS, whose data is based on planning information provided to suppliers by the automakers, and is widely used across the industry.

More concrete details, including the timing, pricing and projected volumes of future EVs, could be critical in wooing investors as GM copes with the costly and damaging recall of the Chevy Bolt EV for battery-related fires.

At the same time, competitors are ramping up their own EV initiatives, including Ford Motor Co’s (F.N) announcement this week of an $11.4 billion blitz with Korean battery partner SK Innovation (096770.KS). read more

While GM has laid out its EV lineup into late 2022, the following year is scheduled to feature the launches of at least five more, including the GMC Hummer SUV, Cadillac Celestiq sedan which is expected to sell for well over $100,000, and Chevy Blazer SUV, AFS said.

After that, GM plans to introduce another five EV models in 2024, two in 2026, two in 2027 and another in 2028, AFS said. Among the future entries are all-electric editions of the Cadillac Escalade, Chevrolet Tahoe and GMC Yukon SUVs, and a new Cadillac crossover called Symboliq.

GM intends to build many of its future EVs at five plants in North America: Orion Township and Detroit-Hamtramck in Michigan; Spring Hill, Tennessee; Ingersoll, Ontario, and Ramos Arizpe, in the Mexican state of Coahuila, AFS said.