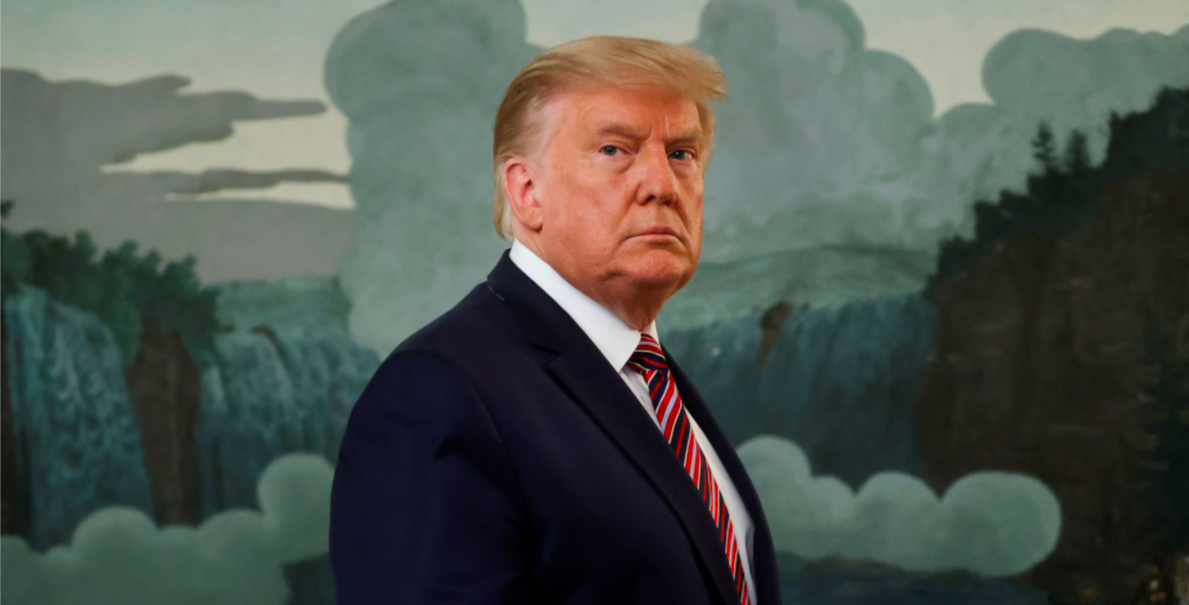 Facebook Inc’s (FB.O) oversight board on Wednesday upheld the company’s suspension of former U.S. President Donald Trump but said the company was wrong to make the suspension indefinite and gave it six months to determine a “proportionate response.”

Trump called the decision and his banning across tech platforms “a total disgrace” and said the companies would “pay a political price.”

The much-awaited board verdict has been watched for signals on how the world’s largest social media company will treat rule-breaking political leaders in the future, a key area of controversy for online platforms.

The board, created by Facebook to rule on a small slice of its content decisions, said the company was right to ban Trump following the Jan. 6 storming of the U.S. Capitol by Trump supporters.

Facebook indefinitely blocked Trump’s access to his Facebook and Instagram accounts over concerns of further violent unrest following the Jan. 6 riot. It enacted the suspension after removing two of Trump’s posts during the Capitol riot, including a video in which he said supporters should go home but reiterated his false claim of widespread voter fraud, saying “I know your pain. I know you’re hurt. We had an election that was stolen from us.”

But the board said Facebook should not have imposed an indeterminate suspension without clear standards and said the company should determine a response consistent with rules applied to other users. It said Facebook could determine that Trump’s account could be restored, suspended temporarily or permanently banned.

“Indefinite penalties of this sort do not pass the international or American smell test for clarity, consistency, and transparency,” said former federal Judge Michael McConnell, co-chair of the Oversight Board, during a press conference after publishing its decision on Wednesday.

In an interview with Reuters, board co-chair and former Danish Prime Minister Helle Thorning-Schmidt said public figures should not be allowed to incite violence or create harm though their posts, but that Facebook “can’t just invent new sanctions as they go along.”

In its decision, the board said Facebook refused to answer some of the 46 questions it posed, including those on how its news feed affected the visibility of Trump’s posts, and whether the company planned to look into how its technology amplified content as it had done in the events leading to the Capitol siege. [nL1N2MS1XJ]

The board said Facebook’s existing policies, such as deciding when material is too newsworthy to remove, need to be more clearly communicated to users. It also called on Facebook to develop a policy that governs how it handles novel situations where its existing rules would be insufficient to prevent imminent harm. See takeaways from the board’s decision.

Facebook’s business has thrived during the controversy and its main source of revenue, advertising, has boomed as COVID-19 pandemic restrictions begin to ease in the United States, but lawmakers across the political spectrum have raised concerns about the power of Facebook and other social media, many calling for new regulations and some calling for breakups of big tech.

Trump called the move “an embarrassment to our Country,” and added that “Free Speech has been taken away from the President of the United States because the Radical Left Lunatics are afraid of the truth, but the truth will come out anyway, bigger and stronger than ever before.”

At a Financial Times conference after the verdict, Nick Clegg, Facebook’s vice president of global affairs and communication, said the company would hope to resolve the matter “considerably faster” than six months.

Tech platforms have grappled in recent years with how to police world leaders and politicians that violate their guidelines. Facebook has come under fire both from those who think it should abandon its hands-off approach to political speech and those, including Republican lawmakers and some free-expression advocates who saw the Trump ban as a disturbing act of censorship.

Facebook was one of a slew of social media sites that barred the former president, including Twitter Inc (TWTR.N), which banned him permanently, a move welcomed by some civil rights groups and social media researchers. Political leaders from German Chancellor Angela Merkel to U.S. Senator Bernie Sanders expressed concern that private companies could silence elected officials on their sites.

At the time of the suspension, Facebook Chief Executive Mark Zuckerberg said “the risks of allowing the president to continue to use our service during this period are simply too great.” The company later referred the case to its recently established board, which includes academics, lawyers and rights activists. read more

The binding verdict means Trump will not for now be able to return to Facebook’s platforms, where he had a combined 59 million followers across Facebook and Instagram. His campaign spent about $160 million on Facebook ads in 2020, according to Democratic digital firm Bully Pulpit Interactive’s campaign tracker.

On Tuesday, Trump launched a web page to share messages that readers can then re-post to their Facebook or Twitter accounts. A senior adviser has said Trump also plans to launch his own social media platform.

Wednesday’s decision marks a milestone for the oversight board, which Facebook financed with $130 million. The body has been hailed as a novel experiment by some researchers but criticized by those who have been skeptical about its independence or view it as a PR stunt to deflect attention from the company’s more systemic problems.

“This verdict is a desperate attempt to have it both ways, upholding the ‘ban’ of Donald Trump without actually banning him, while punting any real decisions back to Facebook,” said a group of academics, experts and Facebook critics known as the “Real Facebook Oversight Board.”