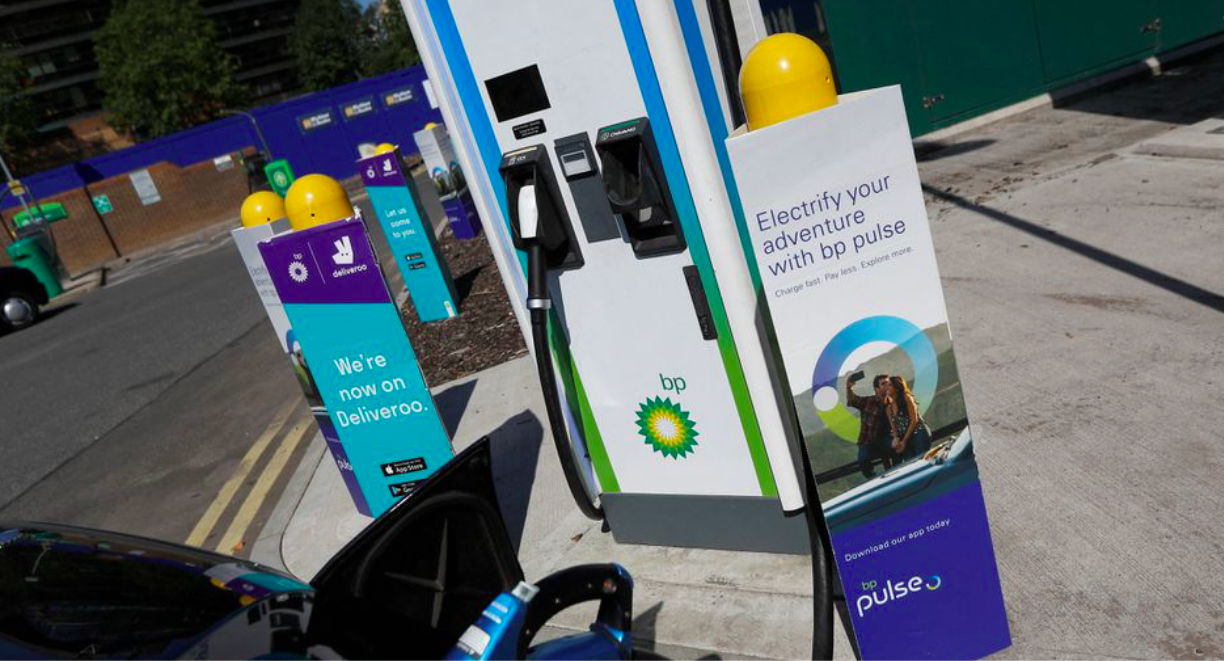 LONDON, Jan 14 (Reuters) – BP says its fast electric vehicle chargers are on the cusp of becoming more profitable than filling up a petrol car.

The milestone will mark a significant moment for BP which wants to shift away from oil and expand operations in power markets and around electric vehicles (EV).

EV charging has for years been a loss-making business as a whole for BP and rivals as they invest heavily in its expansion. The division is not expected to turn profitable before 2025 but on a margin basis, BP’s fast battery charging points, which can replenish a battery within minutes, are nearing levels they see from filling up with petrol.

“If I think about a tank of fuel versus a fast charge, we are nearing a place where the business fundamentals on the fast charge are better than they are on the fuel,” BP’s head of customers and products Emma Delaney told Reuters.

Strong and rising demand for rapid battery chargers in Britain and Europe, has already brought profit margins close to those for traditional petrol filling, she said.

Delaney did not disclose profit and loss for EV charging or when overall profit from the business could eclipse traditional fuel. In 2020 BP reported a gross margins for retail fuel sales of $3.5 billion. Its customers and products division made $2.6 billion in net profit in the first nine months of 2021, around 17% of the company’s total profit.

The company also said that electricity sales for EV charging grew 45% in the third quarter of 2021 from the previous quarter.

According to consultancy Thunder Said Energy, the traditional fuel retail margin at petrol stations is about 17 cents per gallon, roughly 0.4 cents per kilowatt hour.

“Overall, we see a huge opportunity in fast charging for consumers and businesses, as well as fleet services more generally – that’s where we see the growth, and where we see the margins,” Delaney said.

Shell aims to have 500,000 charging points globally by 2025. On Thursday it opened its first ultra-fast EV charging station in London, which can charge 80% of a car battery in 10 minutes.

“We’ve made a choice to really go after high speed, on the go charging – rather than slow lamppost charging for example,” Delaney said.

“Historically, many operators have struggled to make money out of EV charging, that’s been like the worst kept secret in the industry,” said Adrian Del Maestro, director at PwC Strategy&.

The drive to expand EV charging points also aims at keeping a strong stream of customers at BP’s petrol stations and their adjacent convenience stores.

“There has been a land grab by charge point operators, including the oil majors, to buy real estate and build infrastructure, with a view to generating growth revenues in the future,” Del Maestro said.