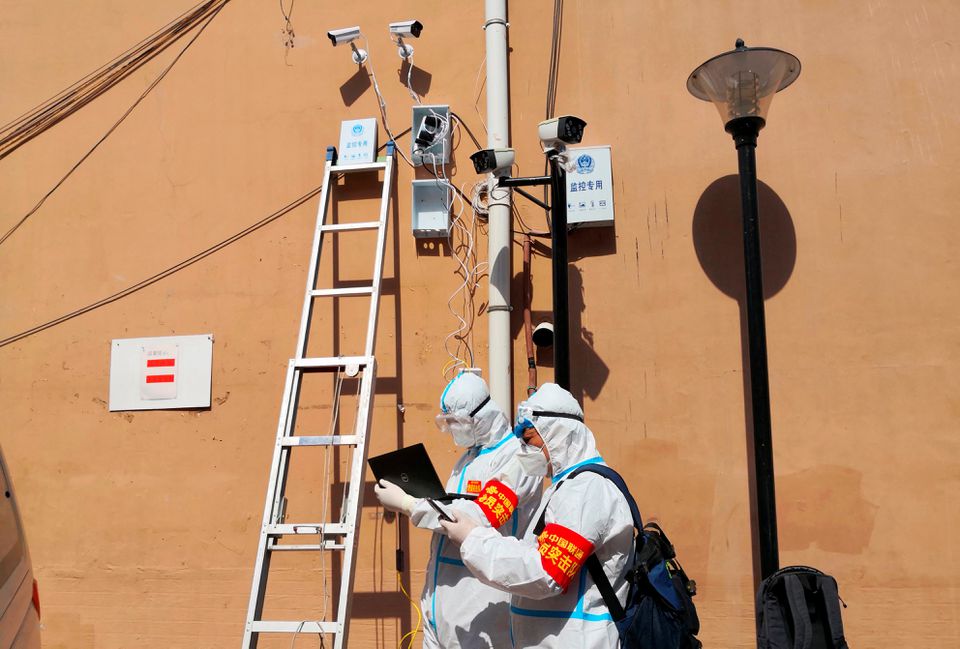 HONG KONG/SHANGHAI, April 20 (Reuters) – Prolonged lockdowns in Shanghai, as China doubles down on its zero-COVID policy, have become the predominant risk to its economy and markets, forcing money managers to cut holdings or turn defensive on stocks.

Global fund managers such as Pictet Wealth Management and Principal Global Investors and China-focused managers such as MegaTrust Investment and Water Wisdom Asset Management point to the worrying toll that weeks of tough anti-virus measures in many major cities have taken on people and businesses.

“The city-wide lockdown in Shanghai is a big deal,” said Qi Wang, chief executive officer of MegaTrust Investment (HK). “This is one risk that may not go away easily with time. Unlike the Russia-Ukraine crisis.”

China’s stock markets are the second worst performers globally this year after sanctions-hit Russia, with the main benchmark stock index (.CSI300) down 17% so far in 2022. The economy slowed sharply in March as consumption, real estate and exports were hit.

Production at some of China’s biggest listed companies, including SAIC Motor Corp (600104.SS) and Semiconductor Manufacturing International Corp (0981.HK), , has been disrupted by lockdowns in Shanghai that started in late March to contain the country’s biggest coronavirus outbreak in two years.

Although some manufacturers began preparing this week to reopen their plants in Shanghai, factories could struggle to operate in a city that remains largely sealed off.

Alan Wang, who manages $6 billion worth of China and Hong Kong stocks at Principal Global Equities, says the pandemic fight is taking a toll on corporate earnings, and the situation is “rather disappointing”.

Wang’s fund has shed holdings in e-commerce and other internet companies that are reliant on consumer demand, and turned overweight on more defensive sectors such as utilities, new energy, infrastructure, materials and state-owned companies.

Now they are worried about the drag on consumer and business confidence and the economy as the government presses ahead with its zero-COVID strategy.

“It can be a political decision as well. So we’re seeing a growing risk of a policy mistake. That’s why many investors are more concerned this time around,” Chen said.

The economy will suffer further, “if COVID is not brought under control, or China’s anti-virus policy is not adjusted,” he said.

The conflict since late February in Ukraine, which Russia terms a special operation, had already hurt China stocks, spurring $6.3 billion of outflows in March on fears that Beijing could face western sanctions due to its ties with Moscow.

But the COVID lockdowns are closer home, with visible impact.

Analysts at Nomura said last week that 45 cities in China – making up 40% of China’s GDP – were under full or partial lockdowns, with the economy at growing risk of a recession.

To cushion the slump, China on Friday announced a cut to banks’ required reserve ratios, and has vowed to support the hardest hit sectors, increase fiscal spending and boost infrastructure investment.

But Hwabao’s Li said such measures would barely help in sealed cities.

In Fidelity International’s second-quarter outlook, global chief investment officer for asset management Andrew McCaffery said policies to contain the pandemic remained the biggest question marks over China’s economy, “with outbreaks and the effects of large-scale lockdowns like we’ve seen in Shenzhen and Shanghai bound to drag on output and make China’s target of achieving growth of around 5.5 percent this year a challenging one”.

Seeking to contain the highly contagious Omicron variant with a zero-tolerance policy is like “trying to put out a blazing cartload of faggots with a cup of water,” he said.

If Beijing scraps the policy, that would “offer the real signal that the market has hit its bottom.”