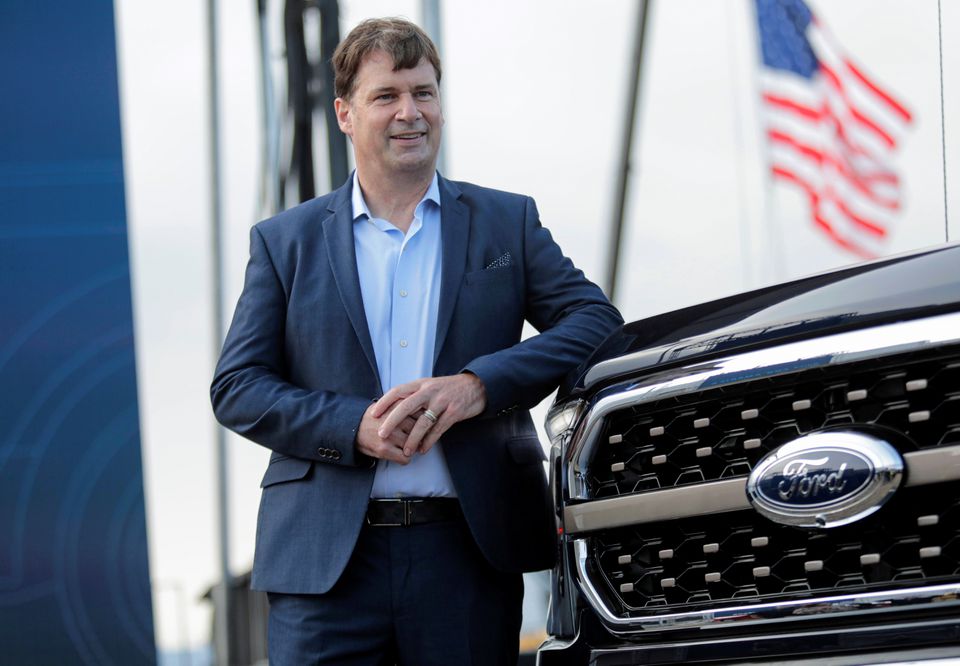 “We have no plans to spin off our electric business or our ICE business,” Farley said at a Wolfe Research conference appearance that was webcast, using an acronym for internal-combustion engine.

Some investors have pushed Ford and rival General Motors Co (GM.N) to spin off their EV operations as a way to better tap into the full value of those businesses. EV leader Tesla Inc (TSLA.O) is the most valuable automaker in the world.

Ford previously denied reports it was considering spinning off its EV or internal-combustion engine operations. The U.S. automaker said last month it will have the annual capacity to build 600,000 EVs globally within 24 months. read more

Farley said on Wednesday that his management team believes the U.S. automaker’s EV and ICE businesses are underperforming on an earnings basis.

The CEO also said Ford believes it can drive a lot more cost out of its traditional ICE business through better quality, lower structural costs and reduced vehicle complexity.

“To get the margins (on electric vehicles) … that we see at a company like Tesla, we need to have real experts that can drive that scale,” he said, adding that Ford needed to hire more people who work in the areas of electrical components, advanced electrical architectures and the digital customer experience.

On the EV side of the business, Farley said Ford is working on deals to secure supply of key raw materials for batteries such as lithium, nickel, rare earths and copper to minimize risk.

On the vehicle distribution side, he said Ford needs to eliminate “ungodly expensive” inventory from the system and make it easier for consumers to reserve and track the assembly of a vehicle before its delivery.

Reporting by Ben Klayman in Detroit; Editing by Chris Reese and Jonathan Oatis